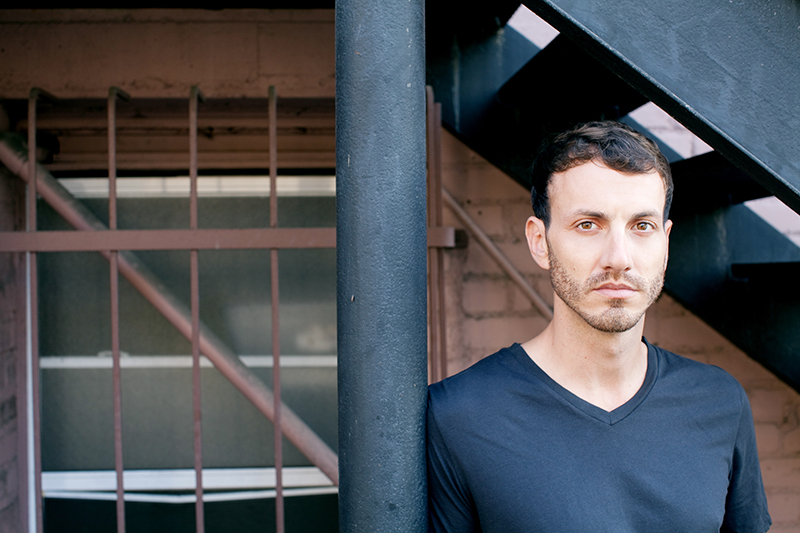 Preparing For Lunar Transit: an Interview with Lonely Boy Over the last year and a half, a local group of artists collectively known as New World have been curating a monthly party that caters to a lot that Salt Lake was missing in the electronic music scene. Generally themed around the idea of space exploration, the parties are held in The Fallout, an urban warehouse-style art space that transforms once a month into a booming dance floor where avant-garde, personality and mystery meet in the middle.

With a growing demand for more events and access to one of the best desert landscapes in the world, New World decided to throw their first festival, Lunar Transit, at the Eagle Point Resort in Beaver, Utah, which will take place later this summer. Among musical headliners are Porkchop, Brian Cid and the LA-based deep-house and funk artist Lonely Boy. SLUG had the opportunity to speak with Lonely Boy about his first-ever Utah appearance, the transition from funk artist to electronic producer and what this type of festival community means to him.

Joshua Heath began his music career in the jazz and funk world, establishing a hefty discography and international touring history before deciding to begin anew in a more futuristic part of music–electronic. “I felt like I just needed a new look, and most of it came from the musical side. I had grown as [an artist] and my tastes and styles changed,” says Heath, who credits his inspiration to his desire for complete artistic freedom with his bookings.

“The only answer for me was that I needed to put out music that sounded like what I [wanted to play]. When I did that, I felt that I had to have an alias so it wouldn’t be called ‘Josh’s new project,'” he says of his transition from a career under the name Joshua Heath to Lonely Boy. “[My old music] was more funky and jazzy. A lot of my [new] stuff has a lot of jazz and funk in it as a result,” he says.

Though starting fresh despite already having a successful career in music may sound risky, it’s worked for Heath thus far. “The musicianship certainly took longer than I had anticipated, but you can’t force [success] if you truly want the change. It took a lot longer to get [where I am now],” says Heath, who in the last few years, has been involved with the California-based festival group Desert Hearts [https://thump.vice.com/en_us/article/desert-hearts-the-story-of-the-west-coasts-fastest-rising-party-squad], which holds urban parties in LA such as bi-annual festivals in Southern California–much like New World does in Utah. “I went to my first Desert Hearts festival a couple years ago just to check it out, and then I got linked up with [the guys involved] and ended up doing a record with them,” says Heath, who has played at two of the festivals. “It’s been a nice new aspect of my life that I’ve enjoyed being involved with,” he says.

The community at these desert festivals is far different from anything you’ll find in the highly commercialized festivals multiplying around the country. Events like Desert Hearts and the New World parties spark radical creativity where every member of the temporary community contributes to the experience–there are no spectators, only participants. “They seem to have a similar inspiration,” Heath says when discussing Desert Hearts in comparison to Lunar Transit. “I love the size of Desert hearts; the biggest it’s ever been is 3,000 people. There are really authentic people, emotions and feelings and a great environment to be in.”

In terms of what Heath expects from playing in Utah, he tries to keep his mind open. “I’ve gone to cities and played at clubs that are supposed to be amazing and they turned out to be OK,” he says, “but I’ve also played in places no one has ever heard of, and it was just magic.”

Lonely Boy will be bringing the desert funk to New World Presents Lunar Transit, Aug. 7–9 at the Eagle Point Resort in Beaver, Utah. Tickets and camping passes are available at newworldpresents.com. To prepare yourself for a journey into deep space, check out his soundcloud for past live sets and releases with companies like Armada Deep, Futureboogie and Desert Hearts Records.