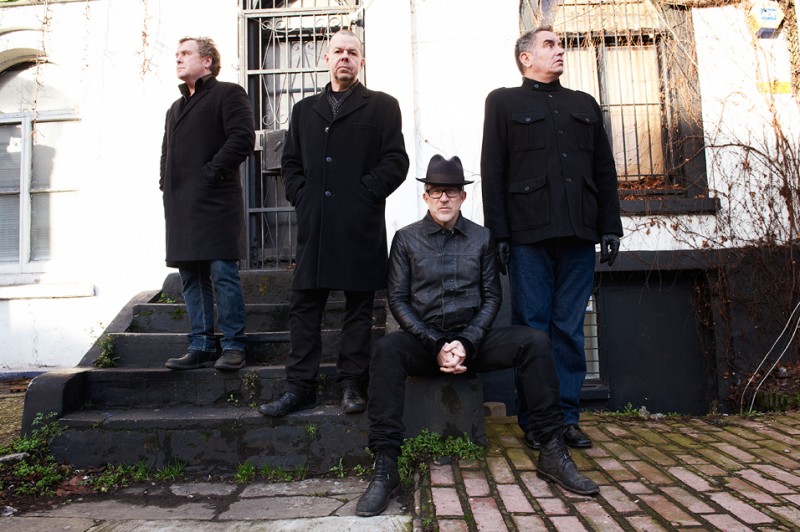 On Feb.19, the Pop Group rereleased their phenomenal 1980 album, For How Long Do We Tolerate Mass Murder?, and the 1979 single, We are Prostitutes on their own Y Label, distributed through Rough Trade. These releases boast some of the best of The Pop Group’s signature expression of antagonistic post-punk that is influenced by funk, jazz and dub. These were originally released during the high periods of unrest that defined U.K. Prime Minister Margaret Thatcher’s controversial reign, when The Pop Group took an active stance in favor of nuclear disarmaments and against administering SUS Aid to Pol Pot’s Cambodia. It was then that the Pop Group recorded and released the radically relevant declaration For How Long Do We Tolerate Mass Murder? an album that fought to deconstruct established institutions and mainstream culture. To get a taste of what The Pop Group professed, some top cuts of these records are  “Forces of Oppression,” the Dennis Bovell–produced “We Are All Prostitutes” and the straight-to-the-point “There Are No Spectators.”  For founder Mark Stewart, the re-release of these crucial albums are just as relevant today as they were in the past.

SLUG: At the time of the original 1980 release, How Much Longer Do We Tolerate Mass Murder?, The Pop Group were playing numerous rallies and events in support of causes like “Scrap SUS” and Aid For Cambodia.  What was the political climate like with the music scene like then?
Stewart: It was a very radical time. I have vivid memories of standing by Blair Peach’s grave (a teacher who died whilst demonstrating against racism in Southall London) as his body was lowered in, with police helicopters circling overhead, drenched in rain—and also of the last-ever Pop Group concert at a huge CND (campaign for nuclear disarmament) rally at Trafalgar Square, when 500,000 people brought London to a complete standstill.

SLUG: The album photo is Andre Kertesz’s famous photo “The Two Gypsies.” Why did you choose this photo for the album?
Stewart: With the collage of the nuclear mushroom cloud and the Ten Minute war warnings, I think juxtaposition is crucial and creates sparks and fires.

SLUG: I read in an interview that you did with The Guardian on Feb. 16, 2015, that after 1977, The Pop Group moved away from punk-based sounds to something more like a cross between Subway Sect and James Brown.
Stewart: The Subway Sects were, for us, by far the most experimental of the first wave of English punk bands and a huge enabler.

SLUG: After listening to your material, I can hear the funk influence, and I was wondering where you drew that influence from?
Stewart: In England around ’74, ’75, there was a big heavy funk scene in the inner cities with bands like War and the Jimmy Castor bunch playing Bristol. My love of bass came from this and incessant clubbing and also the dub reggae played by our local soundsystems. A lot of reggae was very radical at the time, too.

SLUG: The album is quite political, with tracks commenting on subjects like anti-consumerism and exploitation. These themes are still relevant today, and I was wondering what inspired the re-release of this album now.
Stewart: Exactly. In this time of proxy wars, hidden agendas, false flag attacks and honey traps. We thought now was the time.

SLUG: Checking out some of the tracks on the album, I was taken with the song “We Are All Prostitutes.” What themes or events are you drawing from for this song?
Stewart: “Capitalism is the most barbaric of all religions / Our children shall rise up against us / Because we are the ones to blame.” To quote the song, in this time of the corporate control of reality, it still rings true.

SLUG: The song “Justice” deals with themes of conscription and the Red Lion Square disorders. What inspired this song?
Stewart: Hanging out with other activists, like Linton Kwesi Johnson, Darcus Howe, editor of Race Today—and for me one of the most radical men ever—and our local MP Tony Benn really inspired me. Basically, it’s like a crazy, cut-up, underground newspaper of what was happening that month. I felt like Woody Guthrie said that we have to reflect what we see, to not turn away into escapism. The trivial is dangerous company, death to distraction.  Like today with #blacklivesmatter, the chant is still “No justice, no peace.”

SLUG: The late 1970s saw the rise of a lot of political commentary in music—particularly from punk and reggae.  Do you find that groups are as political now as they were then? If so, how?
Stewart: Totally. Right across the globe, from the recently departed Native American activist John Trudell, friends of mine [from the] Indigenous Resistance, the Musicians without Borders—many are using music as a loud speaker to communicate their struggles.

SLUG: The re-release is coming out on the Freaks R US label. How did you get involved with them?
Stewart: We are always staunchly independent, and for us, Freaks are properly engaged and let the freak flags fly.

SLUG: Are there plans to tour to promote the re-release?
Stewart: Watch this space.

SLUG: What’s next for The Pop Group?
Stewart: I am currently buried under boxes of ideas and ideals, trying to box my way out to daylight, working on new stuff. HELP!!!

Check out more of The Pop Group at thepopgroup.net. For How Long Do We Tolerate Mass Murder? and the We Are Prostitutes single re-releases are now available on Y Label via Rough Trade. The heavyweight vinyl edition includes all eight of the original agitprop posters, and the first-time-ever CD release includes all of the posters in smaller sizes. (Stewart even licked the stamps for the mail order: “DIY rules!” he says.) Remastered from The Pop Group’s original tapes, these are sure to be the essential lost post-punk releases to dig this year.