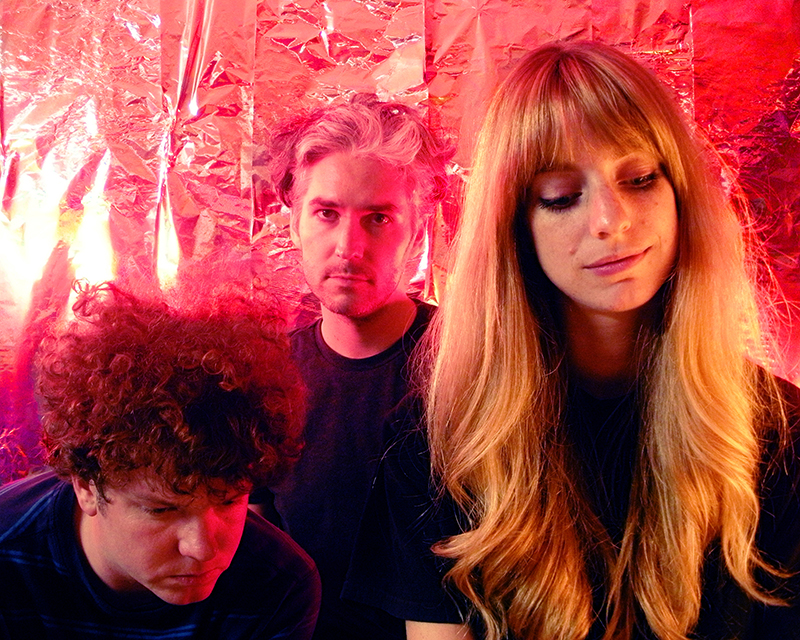 Austin band Ringo Deathstarr have picked out the many things that typify shoegaze, hurled them to the ground and stomped all over the pieces. Photo courtesy of the artist

A revival of all things shoegaze has swept music off its feet the past few years, and Austin band Ringo Deathstarr have picked out the many things that typify shoegaze, hurled them to the ground and stomped all over the pieces. They’ve experimented with the dreamy, the harsh, the fuzzy and the grungy, bringing to mind a slew of the genre’s legacy bands including My Bloody Valentine, Swervedriver, The Jesus and Mary Chain and others. They wring out albums at rapid fire with a shock of noise that never dulls, but always remains distinct. They are denser than the older bands they get compared to, because they’re endlessly creative and determined to continue intensifying their sound. For obvious reasons, they don’t like being lumped in with the genre, and they say their Texas origin would better qualify them to be called “Boot Gaze.” Their music sounds like rash defiance, and in their latest album, Pure Mood, they are kicking out at anything anyone thinks they are and everything they’ve done before.

On 2015’s Pure Mood, they break their gooey, homogeneous blend of noisy rock music up into some dreamy treats that twist away from the usual fare. Guitarist and vocalist Elliott Frazier speaks to this, referencing new tracks on the album. “I like how we don’t play the same song 12 times and I enjoy the way the album starts,” he says. “When Alex [Gehring (vocals, bass)] gave me the ‘Dream Again’ demo, I knew it was the first track. It sounded pretty much the same but there were no lyrics. She just sang gibberish, so we had to re-record it.” “Dream Again” is a track that floats along dreamily and lazily with airy guitar and indecipherable, layered vocals, standing in stark opposition to the bulk of their prior work. It jumps right into the aptly named “Heavy Metal Suicide,” which groans and grinds as one of the thumpier, grungier songs on the album.

The rest of the songs on the album echo this pattern of dream-to-harsh. They started recording with “Big Bopper” and the hazy “Old Again.” Frazier describes these first two songs (recorded in Los Angeles at Skylab Studio) as being “good vibes—sunshine and rosé.” After a few months, the rest of the songs happened all at once, and it was at that point that they moved into a studio space outside of town. There, they produced the album with the help of friends and those friends’ API, Neve, Avedis and Trident pre-amps, along with a load of other tools. Unpacked, they were: Sennheiser 414, 421, 441 microphones; a 1176 Blue Stripe compressor clone; an Eventide H9 for vocals; a 1992 Marshall Bluesbreaker for most of the guitar (which used to belong to Blue October, apparently), and a kick drum tunnel. Frazier says he found the inspiration behind these approaches in Helmut’s album Betty, and the two really do come out sounding comparable.

Pure Mood sounds like something of a hodgepodge of time periods, styles and approaches. “‘California Car Collection’ was written in that same Skylab Studio in LA during the Mauve sessions,” Frazier says. “It was recorded for God’s Dream but not finished, so finally, we used it on Pure Mood. Daniel [Coborn, (drums)] wrote ‘Show Me The Truth of your Love,’ and I liked how different it sounded. I kept ‘Dream Again’ exactly like the demo this time … This time, I wanted to keep it stripped down and more surreal.” With all their experience, on this album Frazier says, “We collaborate more now than we did on Colour Trip, for instance. We are more confident and we are willing to take more chances.”

Taking chances, and trying to be more stripped-down still leaves them as a sort of anti-soft. Their inspiration to keep pushing into noisy terrain is that “anyone can get soft and write synth or acoustic music,” Frazier says. “We could do that if we wanted to, but that would be lame. The challenge is to keep it hard. The pharmaceutical companies have known about it for years.”

Just like those pharma guys, they have and they do keep their sound hard. Their sound is just always big. They’re also “big” in Japan, which probably everybody knows by now. That they’ve reached the superstardom there of bands like Cheap Trick is impressive. “The fans in Japan put the fan in fanatic,” says Frazier. “They never cease to amaze us. They give us the most amazing gifts. I was given a fuzz pedal that is a triangle big muff clone. We are immortalized on limited edition collectible stickers. We have an eight page feature in a guitar magazine. In the USA, we are still playing to 10 people in some towns.”

That’s not to say that shows out West aren’t still appreciated. Of their spring tour across the States, Frazier says, “I am excited about our wonderful fans knowing these songs and singing along. I think the album comes across live better than the previous ones.” And after the tour? They’ll be taking a break, but only because Frazier will be a father in May, and after that they do plan to “give birth” to their next album. With that break looming on the horizon, fans will want to catch them before then, and luckily, they’ll be at Urban Lounge on Feb. 29 with Future Death and No Sun.