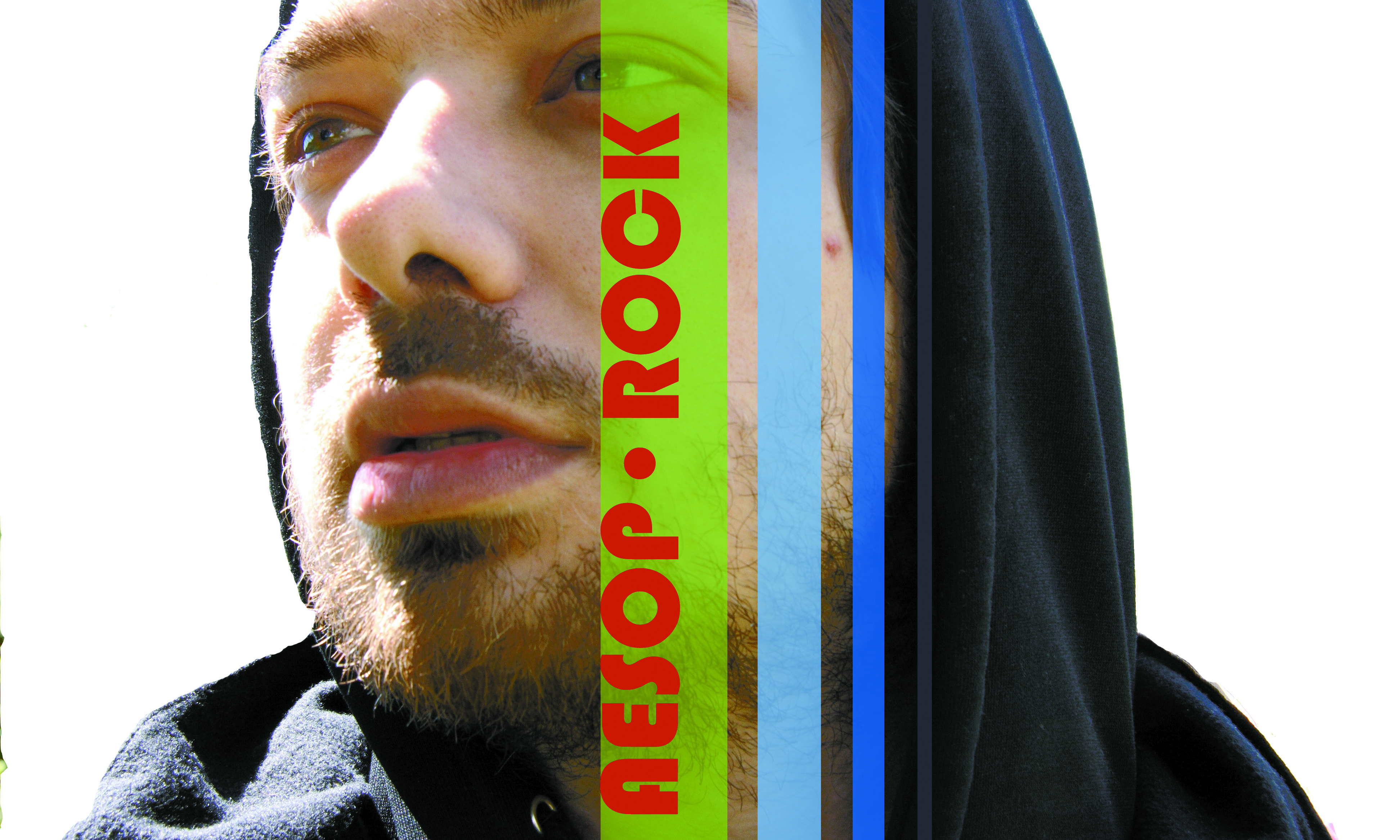 “Hip-hop just died this morning and she’s dead,” are the lyrics that instigated the most recent controversy in regards to the current condition of the culture’s oft-debated vitality. The statement was featured on the title track of rapper Nas’ newest album, the egregiously titled Hip Hop is Dead. In an article recently published in URB magazine, indie rapper Aesop Rock acknowledges the statement’s success as an advertisement tool while addressing the question’s absurdity. “I find it incredibly bizarre that this question of hip-hop being ‘dead’ is seriously being posed in magazines and websites throughout the world …” His argument revolves around the mutability of art, an understanding of its constantly adaptive tendencies in the face of equally malleable times and circumstances. Aesop Rock will agree that while hip-hop doesn’t look the same way it did 20 years ago, this isn’t necessarily a bad thing, and it certainly doesn’t mean the culture isn’t still in full effect. “Maybe nobody is up-rocking on your corner while painting a train with one hand and juggling ‘Funky Drummer’ with the other, but to actually declare it a ‘dead’ art is basically admitting that it [hip-hop] was a trend, and I won’t be doing that anytime soon.” Perhaps more convincing than Aesop’s article championing hip-hop’s vigor is his latest creative endeavor, None Shall Pass, a record anxious to reinforce the continued relevancy of an individual not content to rest on the laurels of previous successes.

Aesop is insistent that just because hip-hop has long been absorbed by mainstream popular culture, the fact is far from spelling its demise. Its true adherents will always seek the edgier part of the subculture. “This is when these fans and artists dig deeper, adding branches upon branches to the culture so that the ‘pop’ can never fully ooze its tentacles into every crevice,” he says. Aesop’s been adding branches since his debut, employing intellectually and emotionally stimulating, poetic, revolutionary lyricism, and not just to the hip-hop sphere. How a question of the culture’s health can be raised when Aesop brandishes a cavalcade of satire and poignant wit like a battle axe on the new album with lines like, “What, are we to heart huckaby art fuckery suddenly?” is perplexing. While his humility disdains literary comparisons, his music begs it, with an attentiveness to detail (some of the songs on the new album took two years to complete) that rewards the attentive listener with a panoply of diction and subject as diverse as it is rapidly delivered. Like one’s mind when listening to an Aesop Rock song, the man himself refuses to stay still. “I’m constantly on the hunt,” he says. “There’s a million topics out there and its just a matter of which one can I do justice to and what actually appeals to me. It’s this constant process of finding what you’re hungry for.”

This hunger is readily apparent, with five full-lengths and three EPs already under his belt working overtime as defibrillators for the commercially beleaguered hip-hop culture. The hip-hop cash crop is no longer news. From Kanye West in Vanity Fair to major shoe brand’s graffiti-decorated kicks, Corporate America learned long ago of the money to be made from the movement, a fiscal revelation whose ramifications haven’t all been positive. It’s a simple economic prerogative to not change a product that sells, and rap is no exception, a dictum that has resulted in assembly-line production and lyrics. For Aesop, this frenetic motivation for money is nonexistent. First honing his rhetorical skills in the New York underground, he initially shrugged off major-label deals, disillusioned by cautionary tales of the industry’s ills from those before him. “I was getting asked to sit in meetings with major labels before I was even signed to an indie,” he says. “Every rapper you listen to is telling you how shady the industry is, you hear these through-the-grapevine tales of everyone getting their album shelved. It seemed like a nightmare to me from the beginning.”

Concern for artistic control overruled being able to quit his job at an art gallery, so his first two “releases” (a term he’s recalcitrant to employ with these initial efforts) were homemade projects. “I burned them at my house, I cut all the covers out and put the stickers on.” Not enticed by chances of fame and fortune, he chose the do-it-yourself route, re-investing the money he managed to save on a developing studio. “Why am I going to wait for someone to finance a record when I could just save up for a few months and buy a four track, or for a year and buy an eight track?” Aesop reasons.

This philosophy of creative license over profit is one of a few stark dichotomies that separates Aesop and his contemporaries from a large portion of the mainstream music industry, a sector where the latest proclamation of hip-hop’s demise stems from. It’s unsurprising then, that the desire for more professional packaging rather than a burgeoning salary margin was the eventual motivation for Float to be released on Mush Records. Attention to visuals is surprisingly rare in the imaginatively infertile ground of rap cover art, a field where the majority of album covers consist of some poorly Photoshopped thug portrait, a visual design entailing little to no thought behind it. Not so with Aesop Rock. His most recent release prior to the new album was The Next Best Thing, an illustrated picture book accompanied by song—a throwback to the old Disney books where you turn the page when the chime rings. Done in collaboration with Upper Playground artist Jeremy Fish (who has also done all the artwork for None Shall Pass), the seven-inch itself is a work of art, replete with a snub nose revolver-headed eagle holding a skull basket with a bunny on one side, and the tale-telling character of his song “Fishtales” on the other. Fish’s combination of dark and fluffy, skull and bunny, coincide perfectly with Aesop’s similarly disparate image-laden landscape, the two combining seamlessly to put a new twist on an old idea. This is how Aesop keeps hip-hop fresh, by delving into the roots of a culture long versed in one form of visual art (graf), but invigorating it with Fish’s figurine rather than font subject matter.

Enter None Shall Pass, a record not at all uncomfortable in the company of its impressive predecessors. Aesop’s characteristic lyrical obscurity punctuated by destructive witticism has matured. Though historically natural, this latest release may provoke one to wonder whether Aesop actually thinks in such winding chaotic metaphor. “Now if you never had a day a snow cone couldn’t fix, you wouldn’t relate to the rogue Vocoder blitz,” is revolutionarily classic Aesop, a characteristic line with clandestine and implicit implications that’s still open to individual interpretation, a formula the new album is rife with. Aesop knows it’s not what you say, but how you say it. This sentiment is critical to understanding how he ticks and conversely, why it’s a fallacy to herald hip-hop’s demise in 2007. Aesop’s Paleolithic metaphor is as relevant here as it was on the Def Jux DVD Little Movies Big Noises: “It’s all about how you flip it. People have been painting figures of people since the dawn of man, but if in 2005 I paint a picture of a person, you’re not going to say it’s a played-out painting, it depends on how I do it.” How he does it is originally, especially with lyrics and concepts so unique they’d be distinguishable even if they weren’t ejaculated in his distinct baritone. Aesop and I can both agree that Nas probably doesn’t really think hip-hop is dead, but what about the millions of individuals whose only exposure to the culture is the usual list of banal misfits (i.e., BET, MTV, corporate radio)? Could it be that such a statement made by an individual as revered as Nas could prevent someone from learning about the new guard of artists innovating beyond any conceptually narrow paradigm defined under the ubiquitous term “hip-hop”? Not if by some chance they stumble upon an Aesop Rock song first, an experience that will leave them with little doubt as to the culture’s continued vitality and limitless potential. Aesop Rock and his music bespeak a far more optimistic outlook for hip-hop’s future. Like he says, “This is party music, fight music, dance music, emotional music, music to fuck to—–it is all of this and much, much more. It is things we haven’t even discovered yet.”

Catch Aesop Rock on October 22 at In the Venue to be completely convinced as to hip-hop’s continued survival.