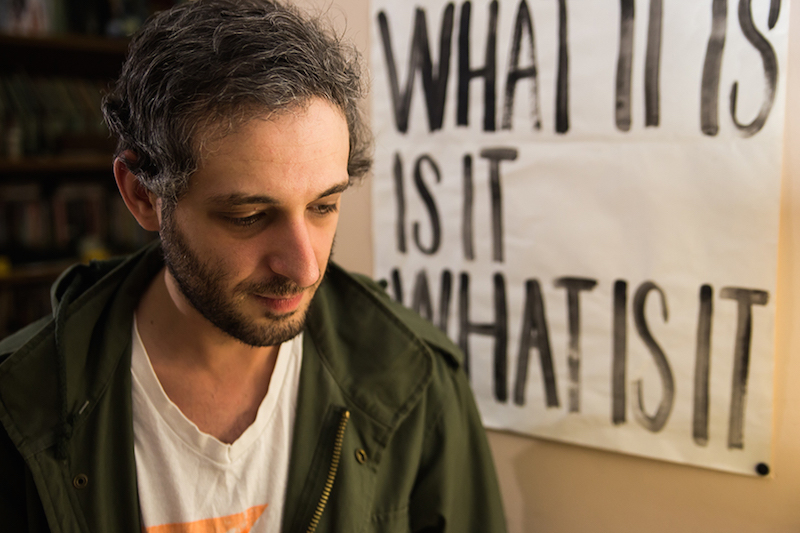 Worlds Inside Worlds: Say No! To Architecture and Composite Songcraft

Don DeLillo once wrote, “There is a world inside the world.” For Allen Roizman’s musical output, this couldn’t be more true. Say No! To Architecture has been crafting lived-in soundscapes of unidentifiable sources and layers upon layers of sampled noises from Plainview, New York, for close to 10 years now. His output has steadily shifted from the bedroom noise and loop-and-delay experimentation of the early 2000s to a sturdy, living-room post-punk that still contains worlds inside worlds of layered sounds. Roizman’s upcoming 2xLP album will be SN!TA’s first output in three years.

SLUG: It has been about three years since the last time you released music. What prompted you to put out these songs now?
Say No! To Architecture: This entire album was just entirely overdue. I honestly hadn’t expected this album to take that long to record and release when I first started it. It wasn’t until the tracks on each song started to pile up—some having as many as 90 individual tracks stacked on top of one another—that I realized it would take a lot longer than I had ever anticipated. For some songs, I would bury myself in tracks only to start over from scratch. It became so overwhelming that I had to take breaks, sometimes for months, before continuing. At one point, I had just walked away from it completely, figuring that it wasn’t worth it, but I ended up having a lot of support from friends who really pushed for me to finish it.

SLUG: One thing I love about this record is that it is often easy to track the songwriting decisions that go into each composition—the linear buildup of bass, guitar, drums, vocals—but in the mid-range are, seemingly, a million sounds that are impossible to place. What are these layers of sound composed of?
SN!TA: Those usually start as little noises, originally intended as click-tracks that got built up in a delay pedal for a while. There would be 20–30 minutes at a time of just decay building up into an endless feedback loop. Once it gets warped enough, it’ll get passed through either phase or rotary modulation. I’m pretty sure that if you were able to isolate those, they would sound exactly like my older ambient material.

SLUG: What kinds of non-musical sonic elements, like field recordings or tape manipulation, do you use?
SN!TA: Well, there’s that delay feedback from before. That’s kind of been the standard since I first started out. This particular record has a lot of tape samples, some of which couldn’t be used for obvious legal reasons. “Wieder’s Floor,” for example, used samples from Taxi Driver, which I thought I might get away with for a hot second … I think the most apparent, though, would be the tape samples from old Soviet propaganda that appears on “Bullet-Proof Liquor Store, MD”—that’s kind of a combination of both. Tape samples that layer on top of each other in a delay pedal getting warped and creating some weird sound that I can’t even accurately describe …

SLUG: What does a typical songwriting session look like for you?
SN!TA: Typically, all the songs start off as just improvised meanderings. I’ll listen to the ones that I’m fortunate enough to record in the moment (a lot of them don’t get recorded and end up getting lost forever) and try to pick out elements that I like and try to recreate them. After enough repetitions, it gains some consistency and you can just automatically hear the accompanying parts that need to get added in. It’s almost like playing telephone with yourself.

SLUG: A lot of the content of this album seems to focus on sickness—physical, mental and substance-induced. Did “being sick” inform any of this record, and if so, how?
SN!TA: As much as I wish I could say otherwise, there were a lot of health issues I was dealing with not only while recording this album but also throughout the entire history of the project. After recording Psychic Teens—which ended up being way too dark, even for me—I tried writing these pop songs, but they ended up just hiding the same kind of sinister brooding underneath the happy-go-lucky jingle-jangles. At the same time, it was cathartic and definitely contributed to getting healthier in the long run. There were a lot of highs and lows throughout, and I think it carries over into the record.

SLUG: What is your favorite sound that you were able to record/manipulate? Any treasure maps to where that may be on your releases?
SN!TA: A personal favorite is the radio interference on The GHC Archives Vol. 2. I made this videocassette of weird visuals with paper cut outs and video feedback and flashing strobes. At some point by accident, I had a radio on while I was playing it back ,and for whatever reason, the visuals on the tape were causing bizarre noises to come out of the radio, so you can hear that heavily on the last track of that collection.

SN!TA will be available as a 2xLP on March 18th through Allen’s own means of distribution, his Bandcamp page. Say yes to noise-influenced bedroom experimentalism.