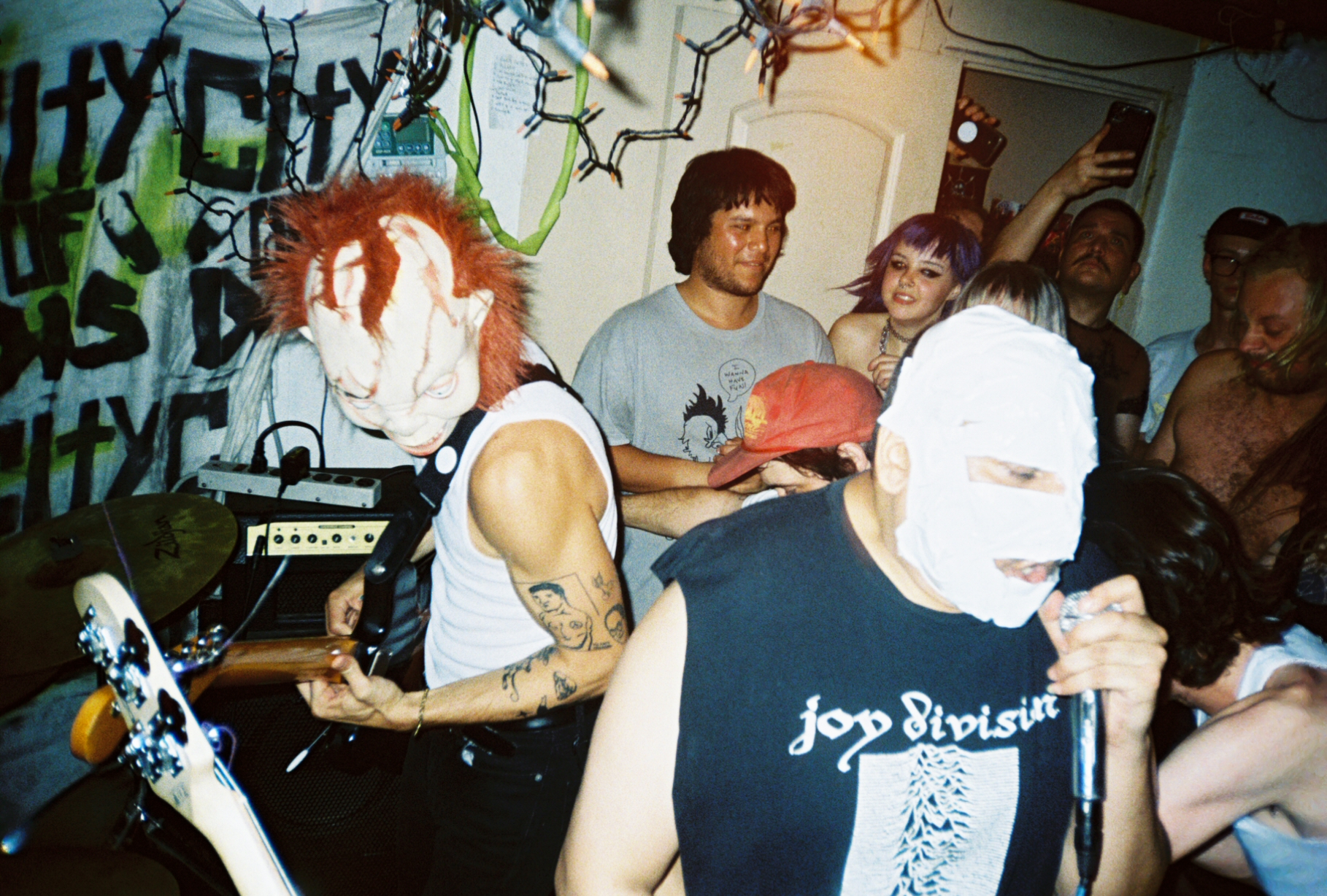 In a pro wrestling–inspired, battle-of-the-bands setup, noisecore group MUTIE built up a cardboard city on the floor of The Beehive Social Club for their Godzilla-themed concert. As the bands dueled it out, the kaiju-minded crowd stomped down upon the vulnerable township and gleefully incited havoc. “I managed to protect one specific cardboard building for a full 90 seconds … I remain proud of that to this day,” says Doug (The King of Cutoffs), who plays drums in MUTIE’s most current iteration along with vocalist Sam Rodriguez (Tape Face), Ian (Big Dummy) on bass and Crosby and Conrad Callirgos on guitar.

A blend of X-Men, Francis Harold And The Holograms and other mutant-punk groups, the members of MUTIE don a full persona with an ever-rotating series of masks. “You’d be surprised how separate you can feel, even though you know it’s just you under a mask,” says Rodriguez. The path and makeup of MUTIE are an unfolding chronicle aided by their elastic sensibilities. “[We’re] very free-form. What anyone wants to wear, what anyone wants to do and can bring … [It] became a very collaborative performance-art piece,” says Ian.

“Outside of the punk scene, [performance art is] often this weird, hoity-toity thing. But I’m used to it as just a dumb, fun thing you can do,” says Doug. It’s MUTIE’s spirit of childlike revelry that emanates from their monster-mash, capitalist-bash sound and drives the group onward—no matter their assemblage.