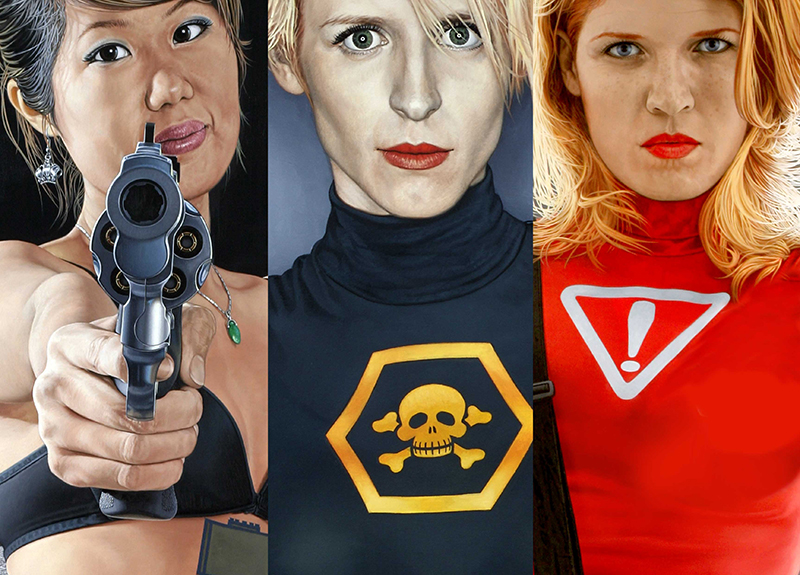 For those of us that are stuck in the daily routines of working for the man, it’s time to lift our heads, take a sigh of relief, and break from that ball and chain. The Compliance Tour, featuring Australian-based SNOG and their support The Labrynth, will revive your passion for life more than a 15-minute break or 30-minute lunch as it stops at Area 51 on Wednesday, April 6. It is a night to skip those meds Big Pharma has you hooked on and come get a dose of music instead. Say no to the urge to impulse buy and defy the advertisements for just a few hours and rebel from what the government expects from you. SLUG had the opportunity to communicate about anti-consumerism with SNOG frontman David Thrussell, revealing what inspired his in-your-face musical project, and ideas on other conspiracy theories.

SLUG: What inspired you to get into creating music?
David Thrussell: Life. It’s hard to answer more succinctly. I guess in retrospect I had some things to say. Still do. I’ve taken a lot of inspiration from music in life and felt that I should give back. Also, at its best, music (and art, literature, etc.) can be a kind of underground communications medium. There are many great ideas “hidden” in music/art.

SLUG: What music do you listen to when you are not creating it?
Thrussell: A wide range of things I guess, but certainly a lot of hillbilly music and European avant-garde music of the ’60s/’70s. Perhaps an odd combination for some, but it works for me.

SLUG: What current projects are you working on?
Thrussell: Well, things have been busy. There is a new SNOG album obviously, and three new Black Lung albums in the last 18 months (including a German Top Ten album). Also, just put out an LP of delirious hillbilly tunes called Hillbillies In Hell and am working on an LP of private press JFK assassination songs.

SLUG: Do you still have your country music label?
Thrussell: Yes, we have been busy doing odd things and also reissuing avant-garde Italian library music from the ’70s.

SLUG: Was there a specific event that triggered your thoughts on consumerism?
Thrussell: Not sure. Possibly, but I can’t recall what it is. The creeping malaise of consumerism has certainly distressed me a great deal.

SLUG: In 1998 you referred to the U.S. as “Satan” in an interview. Do you think the consumerism and capitalism here has changed at all in the last in two decades?
Thrussell: The entire population of the Western world appears to be trapped like the fly in the spider’s web. Mesmerized and brutalised into compliance silence.

SLUG: What are your thoughts on Marxism or a socialist type of community?
Thrussell: Marxism appears to be a useful analysis of capitalism to a point. But I’m not a Marxist myself; I’m too suspicious of bureaucracies and the dependence/compliance loop created by the welfare state and centralisation. Historically, centralisation does seem to lead to totalitarianism sooner or later. Paradoxically, where we come from (Australia) I think most people favour some type of simple socialism, yet we seem to live in a bizarre hybrid society—a muted, bleak socialism for some and a hyper-ventilating hyper-capitalism for others.

SLUG: What inspired you to create “The Plastic Wars?”
Thrussell: A number of things. One of which was reading years ago about pseudo-estrogens and what they were doing to the gender of frogs.

SLUG: How did you meet Pieter Bourke?
Thrussell: I used to go see his first band (Eden) a lot and we became friends. And then his house burnt down one night and at 4 a.m. that morning we became housemates.

SLUG: Do you direct your own videos?
Thrussell: Sometimes, but not always. It’s a time consume ring activity.

SLUG: Has your work ever been censored?
Thrussell: Yes, quite a few times in various ways/places. You get used to it.

SLUG: What is your favorite cocktail?
Thrussell: Don’t really drink any more, but it used to be a Japanese Slipper.

SLUG: Do you like to surf?
Thrussell: Never done it.

SLUG: Do you believe in UFO’s and extraterrestrial life?
Thrussell: Yes and no. It’s a big topic.

SLUG: What is on the horizon for SNOG?
Thrussell: Salt Lake City!