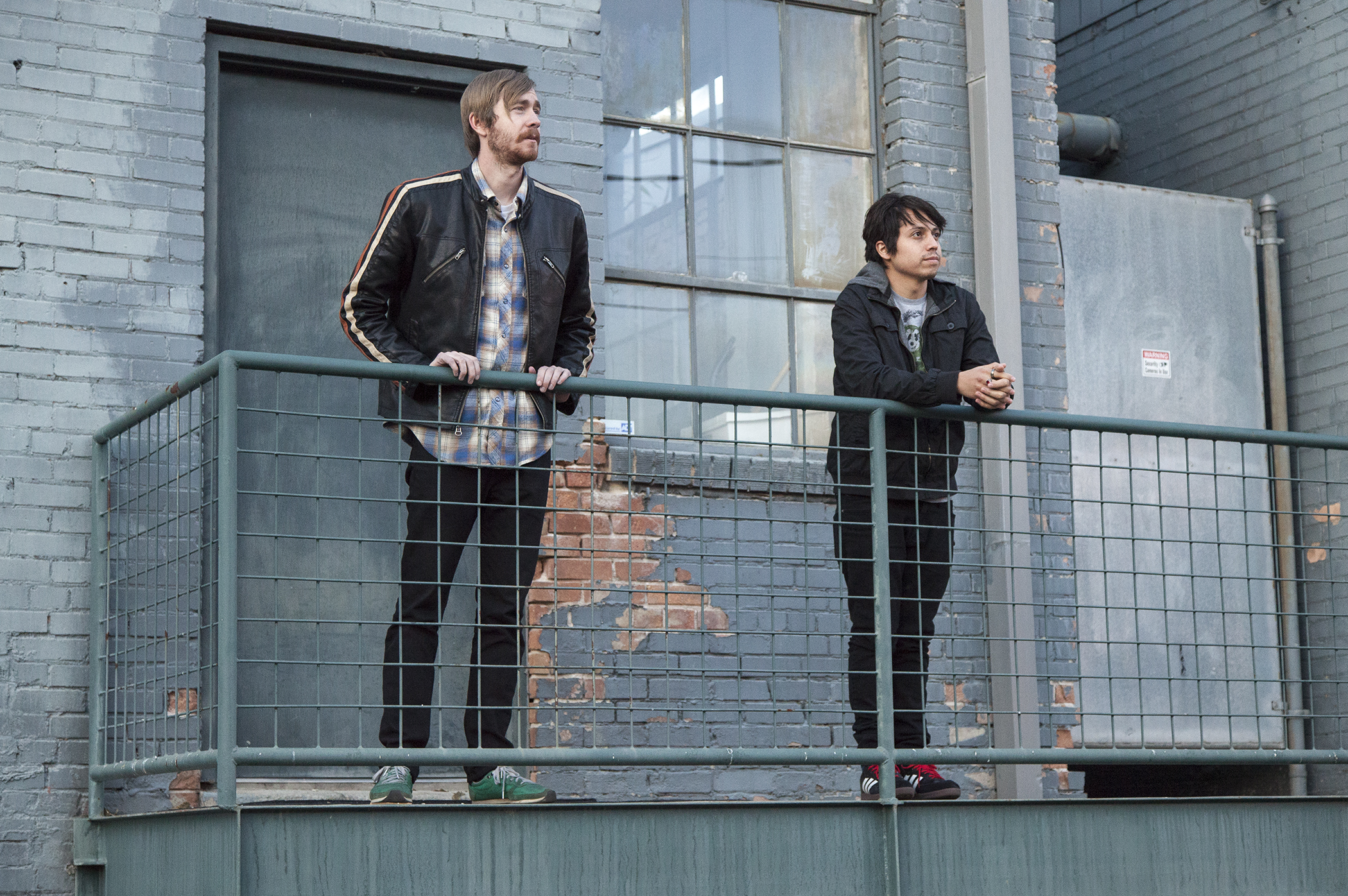 Salt Lake City locals Soft Limbs are a psychedelic mash-up of avant-garde punk and new wave rock that seem to defy traditional music genres and labels. By retaining a sense of DIY that hearkens back to the music scene in the Pacific Northwest circa the late ’80s and early ’90s, Soft Limbs manage to seamlessly thread together melodies rich with eclectic instruments such as the vibraphone while incorporating calculated synths, looks and bossa nova–inspired percussion. This is no easy feat, considering that the band is primarily a two-man act, yet one would hardly know, given the full sound that the band produces. SLUG sat down with Alex Duran (vocals, synths, loops, guitars) and Curtis Pettygrove (percussion, vibraphone, keys) to pick the brains of these two musical prodigies and garner some insight about the band’s upcoming release, Small Village Rumors. SLUG: There never seems to be a dull moment when you two play live shows; the two of you handle everything from synths to looping to vocals and percussion. How does this affect the dynamic of live shows?

Soft Limbs: (Duran): It really has to do with whatever is in my head with sound. We can both make it happen, but at the end of the show, I think, “I’m tired. I need a beer.” We have to be really precise and tight. If I mess up on a loop, it s a”do or die” mentality, and we as musicians and performers know that. We know when we’re off. There have been times when the loop will stop, and I kind of have to go with the flow. I don’t want to kill the vibe, so I have to improvise. So I’ll cue to Curtis and give him a nod, and he’ll know what I mean. There have been some times where the loop is off, and it’s done, and we’ll just have to improvise off of each other.

SLUG: Has that improvisation ever led to creative discovery?

Soft Limbs: (Pettygrove): Oh, yeah. There will be some extended parts that we’ll improvise by adding to the form. But improvisation has a lot to do with the writing process. The majority of our songs come about by us playing on something random that eventually turns into an entire song. By the next rehearsal, Alex will have added lyrics, but the structure will almost always have started that way. It’s almost like writing in the moment. I can really only think about a few songs that have been started by writing from scratch. A lot of our sound has been coming up with weird stuff and then refining it down. It’s fun for us to take a lot of risks. A lot of our songs are on the border of “This can really go wrong.” This group feels like the least safe one that I’ve played in.

SLUG: Is there a particular reason why you’ve kept the band membership to just the two of you?

Soft Limbs: (Duran): We have some friends that will help us out-Greg Swainston will help us out sometimes. He’s helped with our shows, and helped record one of the live-session albums that we did called Major St. Sessions.

(Pettygrove): It’s convenient just having the two of us. There’s something about the duo that just works. We’ve been coordinating shows without having to put out mass text, etc. With the setup, sometimes we’ll play songs that don’t have that low end, but the way we do it with the setup always sounds like it’s enough. Sometimes we get the idea that it would be cool to do a little bit of this or that, but mostly, our goal is maybe, one day, to be able to have extra friends there to play synths, etc.

SLUG: A lot of your albums are live studio recordings. Why did you choose to do this?

Soft Limbs: (Pettygrove): Because of a lot of the weird time changes and stuff like that, it’s really hard to just go in and set a click track and say, “Hey let’s record this part today.” It’s fun to be able to do it in the moment, and easier to do, and it just sounded right to keep that live feel to it, I guess. There’s a group I like called [The] Bad Plus. I remember watching them go into the woods to record – they went into this recording studio that was all glass to record – and they one-take the entire album. It really inspired me to just do that and to just keep everything real and fresh.

(Duran): It’s like The Beatles – They just went in and recorded everything.

(Pettygrove): You can tell, too – there are a couple mistakes here and there, but it makes it so real. SLUG: Your new album, Small Village Rumors, is your most focused work to date. Lyrically, it is so much more concise than previous albums.

Soft Limbs: (Pettygrove): On previous albums, we took a little less refinement with the actual sound. This time we really set it a lot more with individual lines, fills, etc. [Previously,] we were like, “Okay, we’re going to play this beat here and then switch to this here.” But this time, we kind of whittled it down to make it clear and more definite. I’m glad that came through.

(Duran): On this one, we did use a metronome. And there’s a theme to this one, which is why it’s called Small Village Rumors. It’s about a small village and rumors that can lead to danger and some confrontation. Every song is about a confrontation in that small village. “Where Are The Wild Things” is a song we wrote a long time ago, and it’s a little different now. This version is a little more dark. Small Village Rumors is an eight-track album, and every song is about a rumor. Lyrically, I’ll just let people listen and let them decide. People can kind of relate to it.

SLUG: Seeing your upcoming show for the new album is going to be very similar to listening to the record. It feels very organic and refreshing.

Soft Limbs: (Duran): That’s what we like to deliver, even with our live show. We don’t want something that’s mass produced.

(Pettygrove): We’re stoked to play for the release show. We hope that everybody can hear the album and realize how in-depth it is and get a lot of good feedback. We’re stoked to release it because the lead up is always cool. It’s like a  breath of fresh air. We’re stoked that it’s finally coming together this far.

SLUG: Why did you choose to release it on tape?

Soft Limbs: (Duran): It’s cost-effective for the consumer. It’s only five bucks. You can go to a free concert with five bucks, get a tape and have something tangible. It’s not a download code, and the analog sound is going to be all leveled, versus like, Drake‘s new album.

(Pettygrove): The analog sound really works really well with us. It adds that layer over it as a warmth and smooths out the rough edges. It doesn’t sound as sharp, which is a good sound for us. That old-school sound works with us.

Catch Soft Limbs at their free, upcoming release show for Small Village Rumors at Diabolical Records on Monday, Dec. 7. You can pick up a copy of their new album for a mere five bucks – a small price to pay for a one-of-a-kind listening experience.