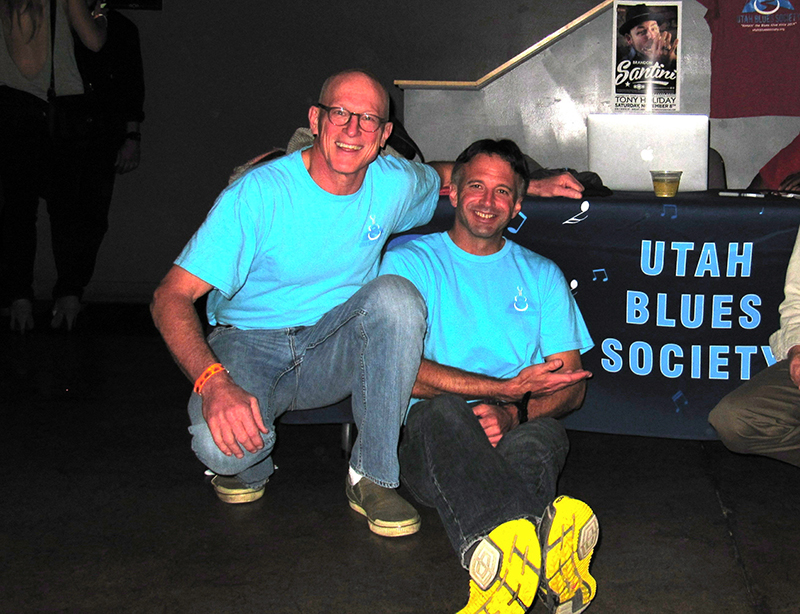 Blues music is undeniably the most soulful genre of music that is steeped in U.S. history. It’s impossible to turn on the radio or television and not hear something that was influenced by the blues. Two original blues junkies and longtime best friends, Brian Kelm and Tripp Hopkins, joined forces to create the first ever Utah Blues Festival (UBF) last year—and thankfully for us blues-lovers, this year’s is even bigger and better! UBF is an all-day event packed with music and workshops led by some of the best blues musicians of the country. This Saturday, June 18, the Gallivan Center will host the second annual Utah Blues Festival. 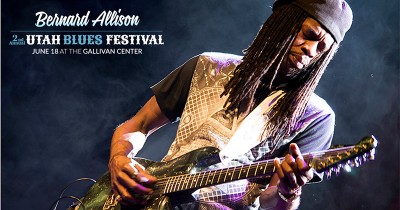 opkins are both involved in the Legendary Rhythm and Blues Cruise (LRBC). Their involvement with the LRBC has introduced the UBF co-founders to blues artists and bands around the country. “We see 35 to 40 bands in this festival,” says Kelm. For 35 years, Brian Kelm has been the MC to every major blues gig in Utah, as well as the MC for LRBC. At the age of 10, Kelm rifled through his older brothers’ vinyl records and found blues artists that resonated with him. “I thought, ‘These artists are badass!’” says Kelm. Moving to SLC in ’78—a college student at the time—he discovered KRCL Radio and within that same week, they hired him to play blues on the air—which still plays regularly on Monday nights. Tripp Hopkins religiously attended folk and blues festivals growing up near his home in Philadelphia. Like Kelm, he moved to Utah to attend school and found quickly what felt like home: blues clubs and festivals. “I saw Muddy Waters, BB King and James Cotton up at the Park West Blues Festival,” he recalls, “and [Utah] had really great clubs: The Zephyr Club, The Dead Goat and more.” A longtime blues lover, Hopkins helped produce a three-day festival in Tampa, Florida, The Tampa Bay Blues Festival, and works as a volunteer and promoter for the LRBC. 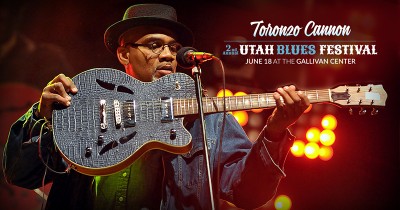 The Utah Blues Festival started when Kelm and Hopkins, both equally invested in raising the cultural awareness of the blues in Utah, contacted friends and musicians from places such as Santa Barbara and Portland, Oregon, to find their headliners. This year, the lineup is jam-packed with some of the best touring blues artists in the country. One of their favorites of all time is Ronnie Baker Brooks. “He’ll fucking blow your mind!” says Kelm. National touring artists also include Bernard Allison and Toronzo Cannon. Some of the local touring musicians are Tony Holiday and the Velvetones, Jordan Young and Sisterwives. This year, Jordan Young won Best City Weekly Rock Band and Tony Holiday and the Velvetones won Best Blues Band. The Sisterwives are a group made up of power-strong blues women. “We’ve always had a blues night in the Utah Arts Festival,” says Hopkins, “and The Sisterwives were always the best band!” Kelm and Hopkins agree that the artists involved are very laid-back and approachable. “The good thing about blues people is they’re not too uptight,” says Hopkins. “These national bands, these guys are our friends.”

The workshops are one of the most fun—and popular—parts of the entire festival, and last years’ filled up quickly. The workshops this year are for slide guitar and harp/harmonica. The slide-guitar workshop will be led by Jordan Young and other local musicians. Tony Holiday will help lead the harmonica workshop and—major bonus—they will also be handing out anywhere from 75 to 100 free harmonicas! “We always talk about the music, but you’ve got to teach the people how to have fun,” Hopkins says. The following week at the Utah Arts Festival, UBF will have three extra workshops: harmonica playing, bottleneck slide guitar and making your own cigar-box guitar.