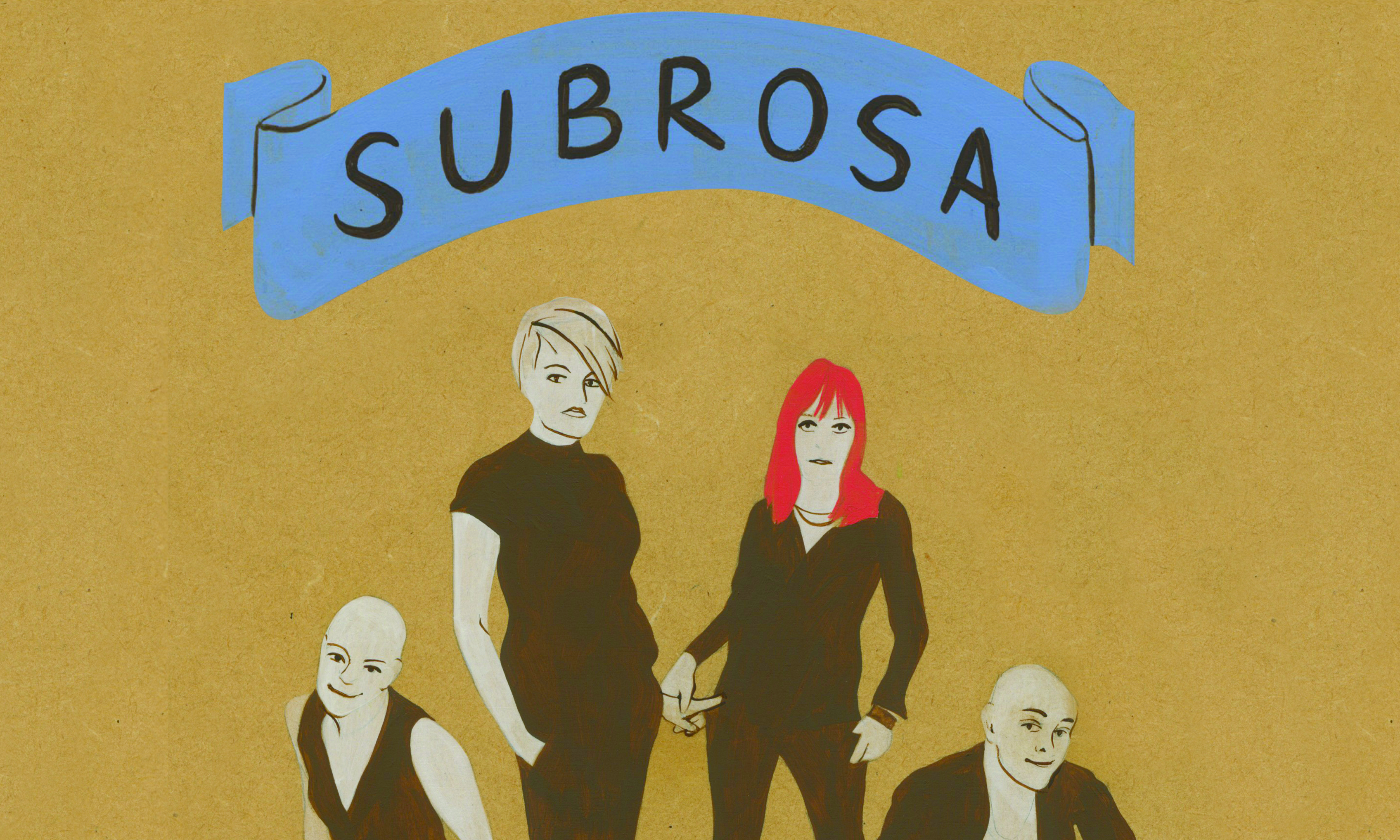 According to myth, Aphrodite’s son bribed the god of silence with a rose to protect the secrecy of Aphrodite’s love affairs. Thus the rose became a symbol of silence, suspended from the ceiling in medieval councils as a pledge of confidentiality from those “under the rose,” or in Latin, sub rosa. It’s fitting that a phrase that stands for silence would be used as the name for a band whose driving force is about finding the courage to use one’s own voice. Vocalist/guitarist Rebecca Vernon founded Subrosa in 2005 after years at the back of the stage as a drummer for other bands. “I just always liked the power of drumming,” she says. But it was power without a voice; she wanted to scream, and to achieve her vision of making heavy, sludgy, stoner rock, like Isis or Neurosis only with more punk attitude. “Punk is more simple and direct,” she says. “I like the idea of telling the truth in the simplest most direct way, because that’s what people least expect.”

Her need for directness comes partly from her years at Brigham Young University, where she experienced surface politeness and a lack of acceptance for a Mormon woman who wanted to rock. Now she combats artifice with a sound both deep and raw.

Erik LeCroix, Subrosa’s new bassist, says Subrosa has a “primal rock and roll appeal.” He says that Bonie Shupe “pounds the shit out of the drums,” Rebecca “writes some of the coolest simple stoner riffs in the world,” and violinist Sarah Pendleton “does all kinds of crazy Brian Eno shit behind it.”

Rebecca thinks Erik brings “textured and rhythmic basslines that add interest, while holding down the rock steady.” He also appreciates the fat Southern riffs and blues structures that make up stoner rock, and is producing Subrosa’s new album, Strega (that’s Italian for “witch”).

The supernatural is a running theme through Subrosa’s work. Rebecca wrote the band’s first riffs in her “haunted” basement, where an unknown entity enjoyed playing her kettle drum at 6am. “I definitely think the old album feels more occultish,” she comments.

Sarah ups the spookiness factor with effects-laden violin. “The music is so bottom-heavy and driving that it needs that top note, that ethereal flavor,” she says. It also makes Subrosa unique among stoner rock bands—plus it accomplishes Sarah’s goal of being in a band with her best friend, Rebecca.

Bonie is following her heart through Subrosa, too: she first longed to play drums in junior high, but her parents discouraged her because they wanted a family of bluegrass stars. She began to fulfill her dream about three years ago. “To have Rebecca be such a good drummer, it’s been really awesome to have her influence on a regular basis,” Bonie says. Bonie also builds arm strength through yoga and rock climbing, which gives additional power to her drumming.

“I want people to listen to the music and feel whatever power they feel from it,” Rebecca says. “If I could say there’s one universal thing I want people to take away, it’s strength.”

She herself still struggles to maintain the strength to follow her dream, but is taking an important first step this month as Subrosa plays their first shows outside of Utah: a mini tour through Colorado with Purr Bats and The Wolfs on their way to play the Hyperactive festival in Albuquerque. “We want to tour so bad,” Rebecca says. “I think it will be really cool to see people’s reaction outside of Utah to three strong Salt Lake bands.”