00:00 / 20:24
Spotify Stitcher
RSS Feed
Share
Link
Embed
I started this interview expecting responses based around catch phrases from Keanu Reeves movies and was almost upset when I found Demars to be intelligent (apparently he took the blue pill), fun, light-hearted and, well … you’ll see. Don’t miss them at Park City Live in Salt Lake, January 30. 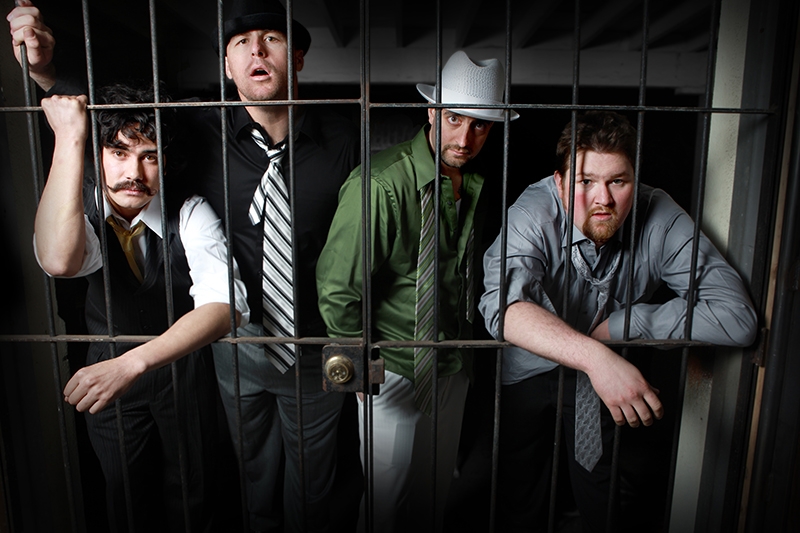 Generally when you to talk a member of band with at least four pot references per song, you don’t expect much in the realm of fresh intellectual “know-how.” When I spoke to Ryan DeMars, the bassist from California–based The Expendables, I tried to keep my questions simple and avoid words exceeding four syllables and topics of foods described as, “soooo good.” This is for my own benefit, too, because I only know like, three big words, and I’m pretty sure they only exist in the Star Wars universe.

So, I started this interview expecting responses based around catch phrases from Keanu Reeves movies and was almost upset when I found DeMars to be intelligent (apparently he took the blue pill), fun, light-hearted and, well … you’ll see. Don’t miss them at Park City Live in Salt Lake, January 30.

SLUG: Why have you guys “Gone Soft” recently?
DeMars: Throughout our whole career, people have thought it would be cool if we’d go acoustic, and recently we acquired our own warehouse for recording so we had the time and the place to be creative—so we just went for it.

SLUG: Is there any new material in the works?
DeMars: Actually, we just finished a new full-length album before this tour, so that should be coming out soon.
SLUG: Can you give us the title of it?
DeMars: Ehhh … no. We’re not even supposed to be talking about it, but we’ve been posting on Facebook and Instagram about recording, so rumors are starting to get out.

SLUG: Does this new album start where Prove It left off, or does it get into new ground?
DeMars: We haven’t even decided what songs are going on the album yet, but we have about 20 recorded: four are rock songs, two are acoustic and the rest are kind of reggae/hybrid rock. We’ll be on tour testing out our new songs so it will give us a feel for what we want to put on the album. We’re just really excited. Having the warehouse has given us a lot of extra time for recording.

SLUG: This upcoming Winter Blackout Tour has been going on since 2010. What are you guys bringing this year? How is it gonna be different than before?
DeMars: We’ll be bringing Stick Finger and Seedless out with us, and we’ve never toured with them so that’s gonna be a new show that people haven’t seen yet. We’re also really trying to follow our set list this time and play some old songs we’ve messed around with, and about four new songs to keep things going and exciting.

SLUG: I know you guys have like, 40 tour dates in less than two months. I mean, how do you keep the energy up each night?
DeMars: Having a tour bus really helps a lot. We pretty much spent all our money on the bus and as long as we’ve been doing this, we pretty much feel getting good sleep, good food and being able to relax has a lot to do with how the show will come out.
SLUG: Yeah, I noticed at your last tour with Iration at The Depot, you guys came out to the merchant stand, spent time with your fans and bonded. You really don’t see that anymore.
DeMars: I guess it’s just our way in looking at seriously and treating it like a job. I mean, we’re always out there promoting and promoting. We want to keep playing music and not have real jobs so that’s what we feel we need to do

SLUG: How many of you guys have mustaches right now?
DeMars: [Laughs] I think just Geoff Weers [vocals, guitarist] right now. It just depends on how late we are to shave or not. We just like to have fun and somehow, that just caught on. Weers never meant for that to be a thing, that’s just how he grows facial hair; real thick in the upper lip region and not so much everywhere else.

SLUG: So do you guys only smoke in Washington, Colorado and medicinally in California?
DeMars: [Laughs] Yeah man, totally.
SLUG: Yeah, I’m from Colorado. I get that.
DeMars: We’re always smoking weed at our shows.

SLUG: So back on topic: If you were all characters in the Star Wars universe, which one of you would be Jar Jar?
DeMars: [Laughs] Probably drunk Raul Bianchi [guitarist], because he’s the kookiest when he gets buzzed.

SLUG: Is there anything you’d like to tell your Utah fans before the show?
DeMars: Just come out looking to have a good time and we hope to see you all there.

You can catch The Expendables in Salt Lake City at Park City Live on January 30. Like them on Facebook and follow them on Instagram to keep an eye out on the new, secret album!