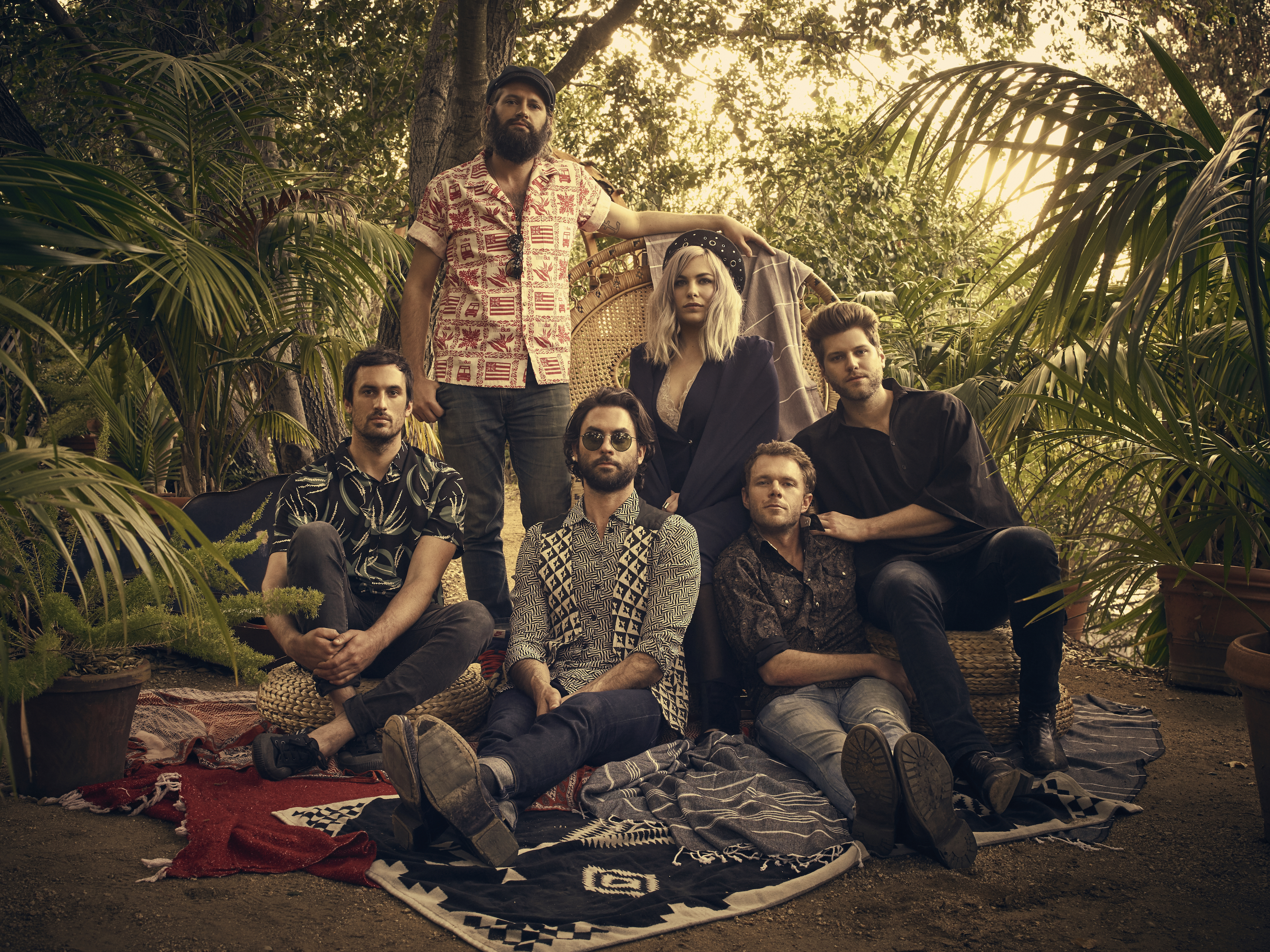 Traveling the Rivers and Roads: The Head and the Heart’s Tyler Williams

The Head and the Heart are undeniably one of the best American indie-folk bands out there—and this Seattle-based band have proved themselves, especially with song “All We Ever Knew,” which is now one of the most popular songs on alternative and indie radio stations around the country. The band is made up of talented musicians—Charity Rose Thielen, Josiah Johnson, Chris Zache, Kenny Hensley, Jonathan Russell and Tyler Williams—many of whom can play multiple instruments and/or are vocally gifted. Having just released their third album, Signs of Light, The Head and the Heart are back on the road for their latest tour with a new perspective on their individual lives as well as new goals for the future of the band. Drummer Williams discusses the band’s trajectory ever since their regrouping this last summer—as well as getting us pumped for their concert this Wednesday, Nov. 2, at the brand-new Eccles Theater.

“It feels great to be back together,” says Williams. “We feel refreshed and renewed. The break gave us time to all go our separate ways and do things we’ve been wanting to do over the last four years.” For bandmate Thielen (vocals/guitar/percussion/violin), this break meant working on composition skills and writing for Mavis Staples. For others, such as pianist Hensley and bassist Zache, traveling was a main goal. Williams joined in on another band project and moved home to spend time with the people he loves. “I moved back to Richmond, Virginia, which is where I’m from,” he says. “I bought a house and got married.” Williams also worked on a psychedelic rock side project. “It opened my mind to a more creative way of doing things. It helped inform how I was going to approach the drums on the new record.”

The Head and the Heart’s latest record, Signs of Light, is an upbeat frenzy of light and fun. It’s different than its predecessors, The Head and the Heart and Let’s Be Still, in how it approaches audience members. “The last two records felt like we were pining for something lost or something forgotten,” says Williams. “In this record, it feels like we’re happy in the present moment, being able to enjoy it and have fun—have a good time.” As a drummer, Williams is especially excited about playing songs such as “Take a Walk” off the new record. “The stuff on the new record is what I feel best about,” he says. “I feel like I can showcase how I play best on the new material.” Signs of Light features more percussion than the previous two albums—and the percussion with be loud and proud at their concert this week.

Signs of Light is also the first album The Head and the Heart have made with Warner Bros. An understandable fear many indie fans have is that when a smaller indie band signs with a big record label, the music tends to change—for the worse. But Williams assures us that The Head and the Heart fans don’t need to worry. “The only thing that it changed was giving us the time off to really explore, write and do things that we want to do,” he says. “We have all these demos from the album, and they didn’t really change from the demo version to the actual recording. The main change was that it sounds better.” Warner Bros. allowed the band to work hard and assisted Signs of Light by providing a huge crew, major resources and—of course—the time they needed to come together as a group and write their famously powerful songs. “It’s pretty amazing that we were able to do all that and have creative freedom,” says Williams.

Having been a band since 2009, there obviously have been many challenges and triumphs in the life of the group. The greatest challenge, says Williams, has been working in closed-knit settings with a vastly different number of personalities. “We’re all from different parts of the country and they all create very different types of people,” he says. “But I think those personalities also influence each of our parts in the music. Letting those personalities flourish has been a big challenge, but we’re now trusting each other to be good musicians, to play well, to write interesting parts and we’re not editing each other as much as we used to.” Other challenges include coping with vocalist Josiah Johnson’s absence from the band due to health issues. However, Williams mentions how grateful the band is to have Matt Gervais (Thielen’s husband) joining the band on the Signs of Light tour. “We wanted him to play with us for a while,” says Williams. “He’s such a good musician and has great energy to be around. He lifts the mood and is an amazing performer.” And the greatest triumph so far? “The completion of this album,” he says.

It’s no secret that The Head and the Heart’s songs truly get to the heart of humanity and human emotion. Although I would argue that these impactful songs are due to the sheer amount of talent and kindness that this band is comprises, Williams says it’s nothing more than a bunch of individuals coming together to honestly figure things out. “We’re all just observers of the world around us—trying to make sense of what we’re all going through, here, together,” he says. “We’re on this planet, but nobody really knows why. We’re trying to find meaning in the small things—and that’s the only thing that really does matter. We want to figure out, the best we can, as to why we have emotions, why we feel the way we do and explore those ideas.” Whether you’re a lover of old-time favorites, such as “Let’s Be Still” or “Rivers and Roads,” or if you’re stoked to hear popular hit “All We Ever Knew,” Williams assures that everyone will hear something they know and love on this tour. “We take care to really think about the set list each night and think about how the crowd and venue feels. We also keep all the old classics on standby.” And speaking of venues, The Head and the Heart are the first touring band to play at the new Eccles Theater—deservedly so. I’m already crying tears of joy just thinking of this indie-folk sensation playing under a beautiful, starlit ceiling.

The Head and the Heart are on a phenomenal journey—and they’re taking their audiences along. For the future, Williams hopes to regroup at the end of next year to work on new material—and he’s also crossing his fingers for a Grammy nomination this year. For now, the band will continue touring and sharing their music, and Williams says they’re happy to be visiting Utah once again. “We haven’t been there in a while, so it’s exciting to come back,” he says.