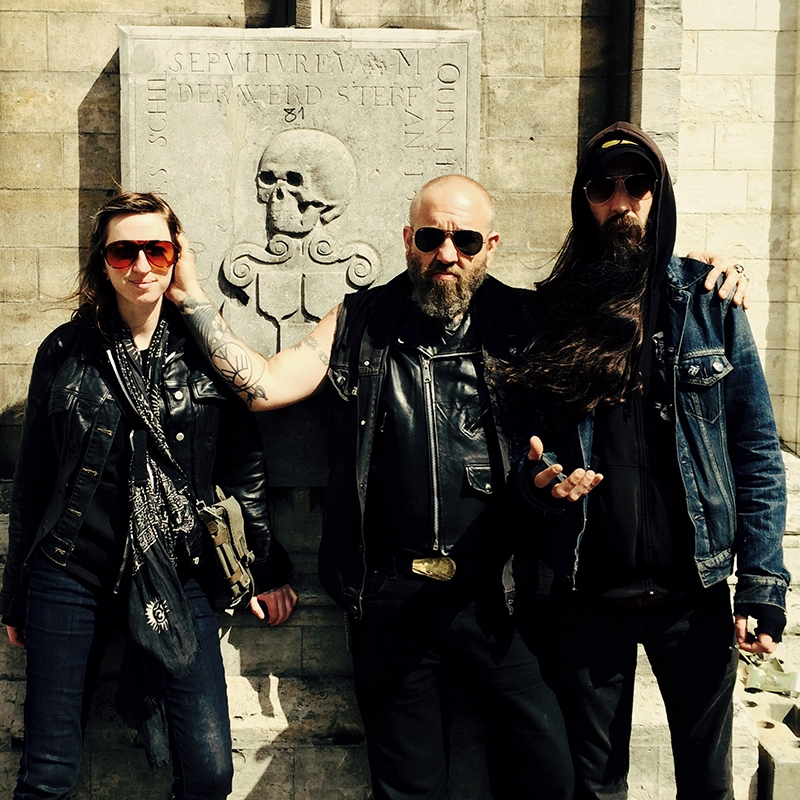 The Hunter: UZALA Track Down Aficionados Across the Globe

I had been listening to UZALA’s recordings online for three days by the time I was speaking on the phone with guitarist and vocalist Chad Remains to get the resolute details of his experience with this band, a proxy for doom. While traversing a sunny community garden, I could feel the weight of introspection speaking to me. Not unlike the physical scene I was part of, Remains was warm but with a shroud of gloom. In preparation for their upcoming Bar Deluxe show on July 14, I grilled him with some questions about his perspective on the last five years as a band.

SLUG: Where does the name UZALA come from?
Chad Remains: Our first drummer, Steve, who is now in Built to Spill, came to us one day and said “You guys … I saw the greatest movie last night,” and it was this 1975 Akiro Kurosava film made with Russian collaboration called “Dersu UZALA.” We found out later that UZALA in Russian, means hunter, and in Japanese, means quail. We loved how all of that tied together with the themes we write about, like struggling against nature and your own humanity.

SLUG: Do you think that having a female vocalist changes the way that you and your fans experience your music?
Remains: Definitely. There is an up-swell in female vocals, especially in doom metal. … I don’t think that a lot of doom people these days are as misogynistic as traditional metal used to be. Originally, even if they were tough, independent women, it was still sold from the “sex sells” angle.

SLUG: A lot of your music is based thematically in Norse culture. What about Norse culture do you think meshes so well with the metal genre, and how do you personally relate to it?
Remains: I think that the second wave of Black Metal that came out of Norway in the early ‘90s shook metal to its foundations. Then bands came along saying, “Let’s talk about Vikings and Norse mythology,” and it grabbed my attention when I was really young. It was fascinating to me that the Norse gods were much like us … making stupid mistakes. They weren’t unfailing and, to me, that made it more relatable.

SLUG: In what ways do you feel that your music has changed from the band’s inception in 2009 to now with Tales of Blood and Fire?
Remains: I think we whittled away a lot of extras. We concentrated more on melody and harmony and writing songs that we wanted to listen to.

SLUG: On what media format would you suggest people purchase your recordings?
Remains: We definitely put a lot of work into making the vinyl the premium package. They are really beautiful and have special artwork. We also always have cassettes. We had made a bunch of CD-Rs, and a guy from Finland said, “I don’t give a shit about your CD-R,” and said, “If you don’t put it out on cassette, I won’t buy it.” So I told him that I would make 120 copies of it and [that] he had to buy one. We sold the rest in four months, so we’ve continued doing that since the demo.

SLUG: You recently went on a European tour. What was that experience like?
Remains: Our first show in Europe was at Heavy Days in Doom Town in Denmark, and it was totally packed. There were people sitting on the bar, and the sound guy couldn’t see us at some points. Touring with Sabbath Assembly for the rest of the tour was really nice. We stuffed nine people into an eight-person van and drove around Europe for a couple weeks playing music.

SLUG: You and Darcy Nutt, guitar and vocals, run the two tattoo shops in Boise called Chalice. Tell us a little about that.
Remains: We’ve had the Downtown location since October, and the Bench location has been going for six years now. She is a world-renown tattoo artist, so that side is definitely very important to us as well.

SLUG: Part of your sound system features designs from Hex Cabs. How did you get hooked up with Gentry Densley from Eagle Twin and that whole cabinet-making operation?
Remains: They came to Boise three years ago with Gaza. We went to see their show and started talking with them about custom stuff. Gentry heard what I had to say and said, “That sounds crazy … Let’s do it!” He and Tyler came up with these heavy-duty 6”x12”s, and they sound even better than they look.

SLUG: What’s next for the band?
Remains: We are currently writing for our next record, which we hope to record early 2015. Next, we will be doing a small Northwest tour. We will start in Salt Lake City with Dead to a Dying World, Cicadas and Moon of Delirium. That’s at Bar Deluxe on July 14.

Tales of Blood and Fire and previous recordings are for sale on Bandcamp. Check out their July 14 date at Bar Deluxe. This coming spring, they’ll be back around for the Salt Lake City International Tattoo Convention. After speaking directly with someone from the scene, my experience with doom metal has found an even cozier place, with eyes closed and body flailing heavy in slow motion. My vinyl is already in the mail.