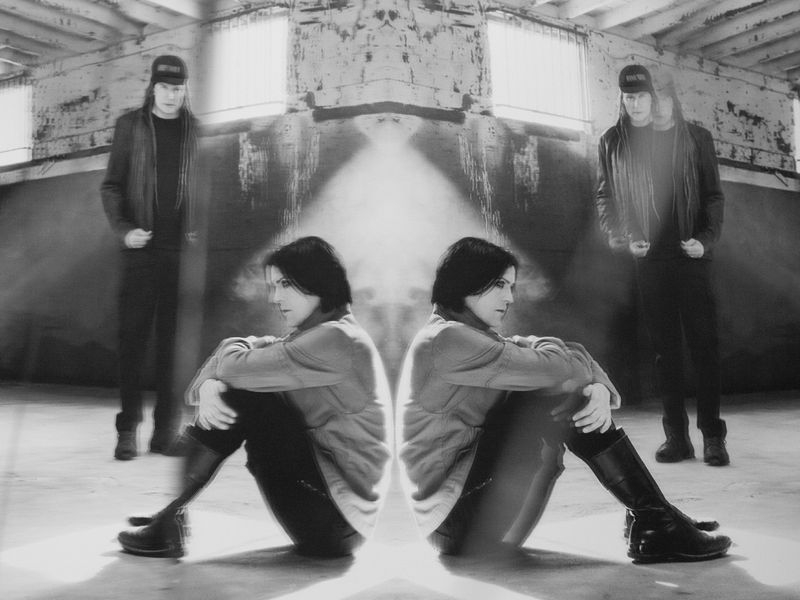 The Inquisition of cEvin Key

Skinny Puppy are one of the most influential bands in the industrial music scene. SLUG was lucky enough to spend some time on the airwaves with one of the group’s founders, cEvin Key. We tackled the topics of politics, influences and musical technology, and also discovered that everyone may view the band’s history a little differently.

Skinny Puppy have influenced many artists, and I was curious about who has influenced them. Key started off in the commercial band Images In Vogue. “I had an interest in music, but I didn’t feel that type of music,” Key says. “We liked more intense music, like industrial music at the time, which was basically noise.” Their beginning influences were Cabaret Voltaire and Throbbing Gristle and the noise scene. For them, there wasn’t as much focus on rhythm, just big beats mixed with the concept of noise. They refined that sound and focused on the supportive underground dance floors. The 1983 Xtract Records release titled The Elephant Table: a compilation of difficult music also had a huge impact on them. The album had a bunch of music on it that was similar to what they were thinking and doing. It also came with a myriad of contact addresses. They sent their music off to almost all of them, which established the network of what would later become the scene.

I have noticed that a lot of artists are returning to the older style of industrial music, and I was curious to find out if this was the reason behind the string of re-releases. As it turns out, they’re reflecting on these albums because they were released in Europe and not done properly in the U.S. The band also wanted to be more in control of their music on a label they trust and work with. “As for the resurgence, for going back to the beginning again, it’s typical for the scene to go full circle,” Key says. “It’s come so far that it is ready to go back to the start. As far as music making is concerned, the tools are a lot different today than they were in the old days. It was a lot harder to make a sound back then. There was focus on wanting to hear something you hadn’t heard before, and you knew you hadn’t heard it before. We have heard everything.” It appears that there’s a need for simplicity and solid ideas. When it does come down to today’s technology and instruments, he prefers the modular synthesizer. “The modular stuff is getting more interesting by the minute,” he says. People are becoming inventive and building their own. He already sells a few modules under the name Subconscious Communications to contribute to the industry.

I wanted to know Key’s thoughts about S. Alexander Reed’s industrial history book Assimilate. He states that he has not read it in its entirety, but he has read the chapter on the history of his band. “Don’t take it too literally,” he says. “There are some historical ‘facts’ that are a little askew and could be misleading. It really depends on who you speak to, and each story could be radically different.” For what really happened, I guess we will just have to wait for them to write their own history.

More recently, an online protest was going on in Key’s honor for him to keep his name. Facebook was recently trying to force everyone to use their legal identity, which would take away some of the artists’ aliases. I asked if he saw this as a way to control and monitor the masses in a “Big Brother” manner. “Absolutely,” he says. “I was shocked I had to present them with an actual ID and show them contracts I signed to get my name back.” At this point, we could call cEvin Key his official name. “I am one of the first wave of this,” he says. Although Facebook issued an apology, they said that Key was reported and working under a fake name. “They were not serious about stopping because everyone with a suspicious name is being deleted from Facebook,” he says. “They haven’t stopped.”

As for the update on invoicing the United States government for using Skinny Puppy’s music to torture prisoners at Guantanamo Bay, Key says, “We found out and were not too happy about it. We did issue them an invoice, knowing there was probably going to be no response. It was more about bringing attention to the matter. It only adds to the list of distrust that people have for the U.S government. We didn’t make the music for that purpose, and it’s even worse when a bureaucracy is utilizing your creation to impose new meaning. It’s not shocking in today’s society at all.”

Be sure to pick up Skinny Puppy’s latest album, Weapon, and Key’s new project, Japanese Electro Punk Brutality, which will be released on Nov. 25, via Metropolis. See Skinny Puppy on the newly renamed Eye vs. Spy tour with artists of the industrial vanguard Front Line Assembly, Haujobb and Youth Code at The Complex on Dec. 13.