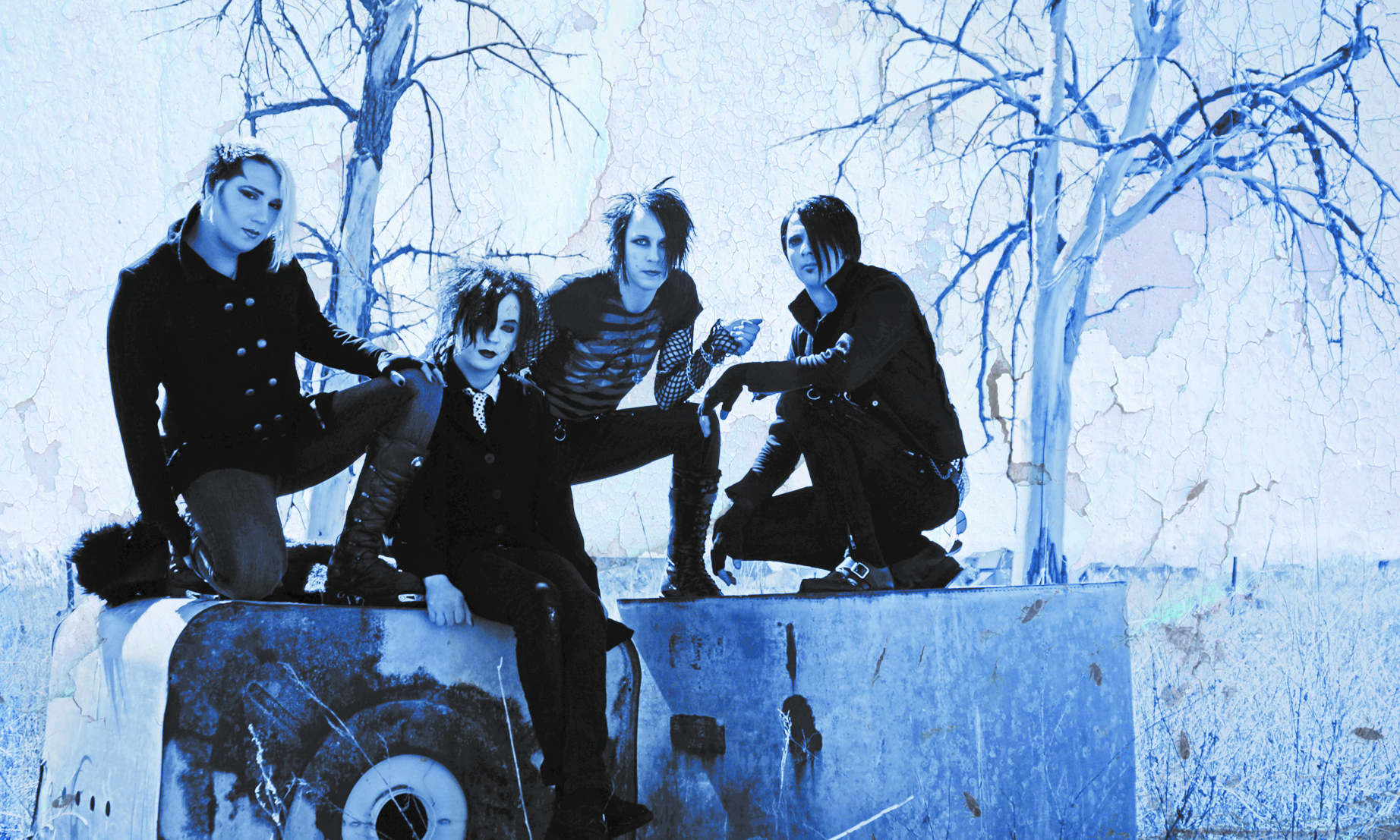 The Miserable Success of Tragic Black

Spring is drying up as the summer heat wave approaches; must be time for another three days of striking fashions, twisted poetry and music with a tilt towards the macabre as the annual Dark Arts Festival rears its beautiful head.

With the likes of Red Flag and Machinegun Symphony stealing the spotlight, I thought we’d take a look at one of the prominent local acts that, unbeknownst to some, has acquired their own international reputation: Tragic Black. The band has existed since 2000. They’ve toured internationally and will release their second album on international label Strobelight Records in August. The album, The Cold Caress, will be the bands sixth release. With a little help from vocalist vISON and newfound guitarist Jessie James, we descend the spiral staircase in search of the reason for all this miserable success.

SLUG: Many Salt Lake bands have put in the time and effort, but haven’t achieved the level of success that Tragic Black has. What sets you apart?

vISION: We don’t take time for granted and use what time we have to move the band forward. I think the combination of being so driven pushes us to reach places we wouldn’t have gotten to without it. Destiny plays a big role, but only when you can recognize that and go with the flow to see where it will take you. We continue to keep that in mind and by doing so more chances appear.

SLUG: Is there a huge difference when it comes to control now that you are signed to an Austrian label?

vISION: Not at all. Strobelight Records never tells us what direction to take our music. They see eye to eye with our music and where we want to take it. I have heard of bands that have to get approval for every song they want to use, and get all this feedback that makes an influence on the song, which is not always a bad thing, but we do appreciate the freedom we have. It also applies to how we want our CD booklet to look, because we have our own graphic artist, Jordan Livingston from NJ who does all our CD’s, website, merchandise and lots more, so it’s cool to be able to use whatever we create.

SLUG: You’ve played The Dark Arts Festival a few times now, how important is it for you to remain true to your roots and support local music in Salt Lake City?

Jesse: There is a strong sense of community here that you just will not find anywhere else. There are so many great bands and extremely talented musicians in SLC, I feel lucky to be here. This is home.
vISION: I too love living here and having great music in our hands. I am always excited to hear new local bands I like, and to be supportive as other locals have been to us.

SLUG: You’ve played shows all over the world. What is your general feeling about Goth/Death Rock as it stands in 2007?

vISION: When we played in Germany for Wave Gotik Treffen I saw thousands upon thousands of goths and deathrockers, the sight alone made me happy. To see that amount of people in one place was great. As far as the scene in 2007, it is alive and kicking, and it will keep growing.

Jesse: Both scenes are populated with a strong influx of new blood, so that’s definitely a sign of growth. I don’t foresee it slowing down any time soon.

SLUG: With the various line up changes over the years has it been difficult to push forward?
vISION: I think the line up changes have actually pushed us forward. As I said before about not wasting the little time we have, when a member has left, the band has always grown.

SLUG: Obviously image helped along many artists in the Gothic sub-genre do you feel like the look and promotion of Tragic Black is just as important and the sound?

vISION: I do, because we are a glam band. When we first formed we decided that we’d always be a very visual band, and to constantly grow in new and exciting ways. We like pretty things, so it seems natural to us. We’ll always try new spins on our image while always remaining Tragic Black. We think it’s important to keep things fresh and interesting. That’s why we generally don’t do the same thing twice.

Jesse: It was always the imagery that attracted me to rock music from a very young age, and most of the bands I love have a strong sense of image. From the 70s glam, 80s punk, new wave and goth, to newer goth and death rock bands, there has always been a visual element to compliment the music. It’s very important.

SLUG: You’re about to enter a busy time to promote the new album. What are some of the plans for the next year?

vISION: We are going to go on tour in Europe this fall for two weeks. We’ve been talking to several promoters about a tour in Mexico. We have our hopes of playing in Japan and Australia. We won’t stop until we fulfill these dreams.