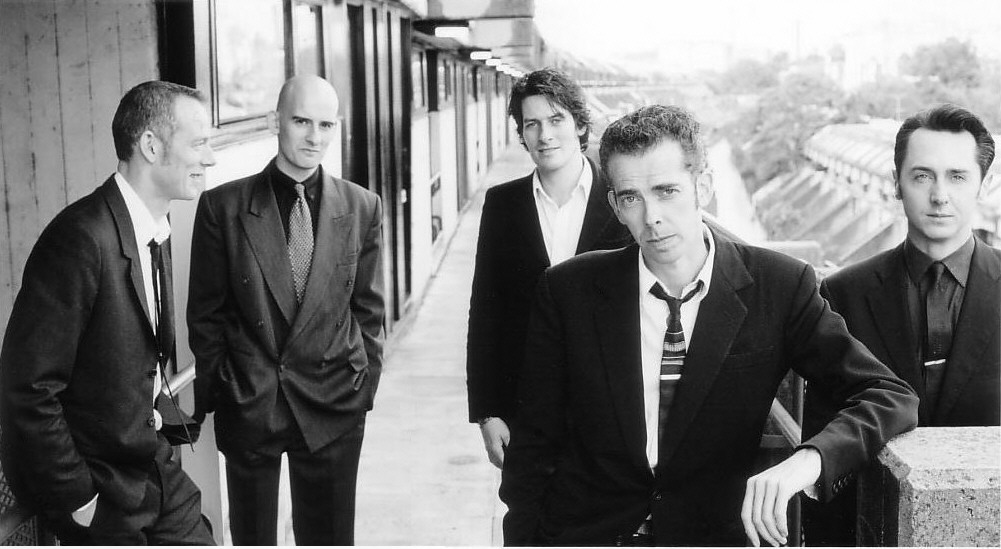 The Musical Film Noir of the Flaming Stars

Académie Française is an institution aimed at keeping the French language free from outside influences; however, for about 50 years, the term “cool” has been proliferating in Paris and elsewhere, perhaps fronted by the Frenchies’ affinity for American jazz. What does this have to do with Londoner Max DéCharné, lead singer of the Flaming Stars? Well, he has accents aigus in his name, and his musical career to this point has been more underground than the Chunnel.

The Musical Film Noir of the Flaming Stars have been around for 10 years, but their records have only lately been readily available in the States. Prior to 1995, Max DéCharné played in various bands, including drumming for Gallon Drunk, who opened for Morrissey at the U of U in 1992. I had a chance to chat with the Flaming Stars’ frontman, from balmy Berlin (3∞ C).

SLUG: I’m supposed to be a hipster, but I’ve only recently stumbled onto your music.

MaxD: Until we signed with Alternative Tentacles in San Francisco [a couple of years ago], it was incredibly hard to find our record in the States, and if you did, it would be on import [Vinyl Japan label] for stupid money: I saw one at Tower Records in Times Square for 30 bucks. You’re not going to take a chance on a record if it costs that much.

SLUG: Back in the day, AT was all punk with bands like the DKs and Alice Donut, but they’ve diversified quite a bit

MaxD: Now there are bands like Slim Cessna’s Auto Club … and The Flaming Stars don’t really fit in on the label. But they like that fact, and that’s what’s good about them.

SLUG: It’s pretty pointless to compare your sound to other bands, but I would like to ask your opinion of a few specific bands that may or may not be influences or contemporaries:

MaxD: Buzzcocks: Oh, I love them. I saw them once years ago, before they split up the first time. That’s one of the best gigs I ever saw in my life. Everyone in our band loves them. The Fall: Yeah, on a good night. I’ve seen them a few times and you never know what you’re going to get, which is half the fun of it. On a good night, they are incredible, and I like the fact that they just go out there somewhere and they don’t care about it being perfect or rehearsed, which is the proper, original punk spirit. Paul Weller/The Jam: I saw the Jam back in the time of the first three albums and, again, they put on an incredible live show. I’m not such a fan of his solo stuff, but I think he’s a good guy. He does what he wants and doesn’t really care what anybody else thinks.

SLUG: This is sort of a facile comparison, but I’ve read your music compared to that of Nick Cave, perhaps because there’s a bit of a literary quality to both of your lyrics.

MaxD: I’ve been a fan of Nick Cave since he was in The Birthday Party, about 20 years ago. In fact, one of the guys I played in Gallon Drunk with, James Johnston, is now a member of the Bad Seeds, playing organ now that Mick Harvey is playing more guitar.

SLUG: Did you start out as a drummer?

MaxD: Yes, my first God-knows-how-many bands, I was a drummer. Then when we started The Flaming Stars, I’d been writing some songs and it always looks a bit rubbish if you’re trying to sing and play the drums, so I thought, “I’ve got to stand out front because I’m not Karen Carpenter or …”

MaxD: Hopefully not. No, I’m not bald enough to be Phil Collins … thank God. So I just stand up front and play drunken keyboards.

SLUG: You wrote an analysis of hipster slang, Straight for the Fridge, Dad …

MaxD: Yeah, that’s it, from 1900 to 1964: It’s the stuff that you get in crime films and novels and old records. A lot of the same words show up in these things. If Carl Perkins used a word on a record at Sun Records in 1956, similar words were used in later film noir films and also in cheap pulp novels. I’m interested in how people used to talk in the Al Capone days: Music was always linked up with sleazy places. If you were a blues or a jazz musician in the 20s, you wound up playing in speakeasies because they were the only places where you could get work. The people who paid you at the end of the evening were The Mob. So a lot of these people spoke the same language.

With that, Max DéCharné put a pill in his kisser and lit it, trailing off like a Flaming Star. Check out their latest effort, Named and Shamed, available at your favorite independent record store.