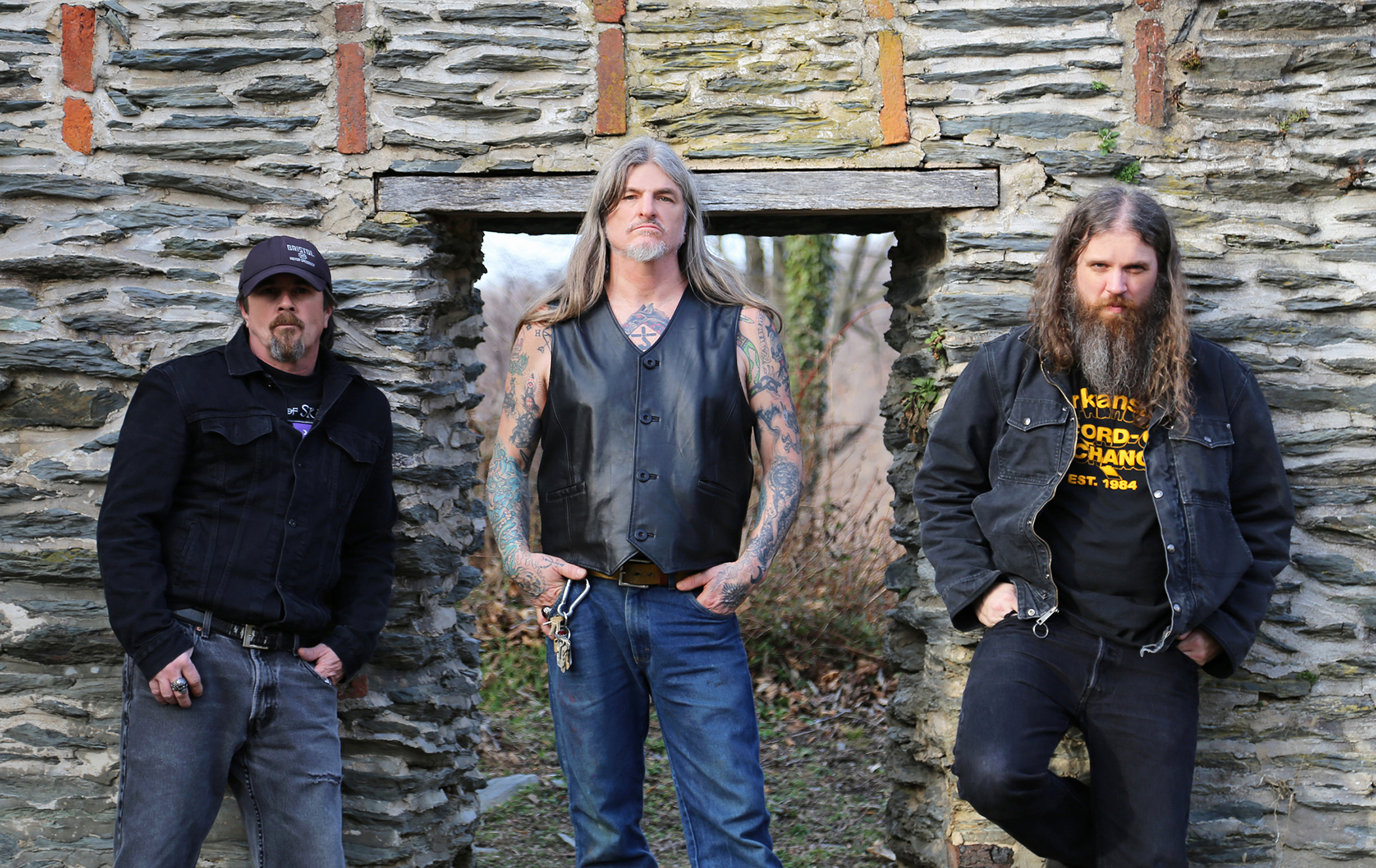 The Obsessed | Photo by Susie Constantino

Are You Obsessed? – Scott “Wino” Weinrich of The Obsessed

The list of bands that vocalist/guitarist Scott “Wino” Weinrich has lent his hand and voice to is roughly 15. Right now, his focus is all about his first band, The Obsessed. Wino reformed the band (originally known as Warhorse) a few years ago. The band just released a hard-hitting, riff-blasting new album Sacred, on April 7. Now they are off on the road, bringing The Obsessed to fans who may have never gotten to see them. They play in Salt Lake City on April 24 at The Metro Music Hall with Fatos Jetson, Karma To Burn and Muckraker. Sacred is a great display of everything The Obsessed has offered up in the past and a whole new batch of diverse and catchy songs. Wino discusses The Obsessed’s reunification, the new record, a bit of Wino’s history with music and even a little bit about a supergroup that he was involved with called Shrinebuilder.

SLUG: When did you decide to resurrect The Obsessed and why?

Scott “Wino” Weinrich: Well, it had a lot to do with a chance jam with our drummer Brian Constantino. We were doing Spirit Caravan, and he was a friend and tech guy way back in the day with The Obsessed. I hadn’t seen him for 30 years or so, but during the Spirit Caravan tour with Eddie [“Dameon” Gulli,] he came back into the picture because he and Eddie were pretty tight, and he used to be Eddie’s tech. Eddie was the last Obsessed drummer who we enlisted for the last incarnation of Spirit Carvan as well.

We had a chance jam. I didn’t even realize that there was a 30-year interim that Brian and I hadn’t seen each other, and he had become quite the proficient drummer. So when Spirit Caravan eventually folded, I then called Brian—two years ago, I think, on New Year’s Eve—and asked if he wanted to jam with me, and we were jamming, and Dave Sherman [drummer for Spirit Caravan] rolled his gear over one night, and we decided to do The Obsessed. Brian was really never really in Spirit Caravan but anyway … [With] his enthusiasm and him being born and raised on The Obsessed, it was his favorite band. That enthusiasm and technical ability really inspired me, so I was energized. We took it on the road for a minute, and then we were approached by Relapse Records about doing a record, and I was totally up for, it so we dug in.

SLUG: I really like “Razor Wire,” the single from Sacred. It’s really catchy. What inspired the lyrics for it and the main riffs in that track? It’s a solid song.

Wino: The lyrics for “Razor Wire” have quite a bit of real-life experience in them—also with a bit of wishful thinking. Obviously I can’t put arrows in fucking informants and walk around free, so there is a little bit of fantasy there. It’s all about being wrong when you’re right. It’s all about the passion of living for the day, for the music, for the fucking real feel, man.

SLUG: I do have to say: A huge strength of the new album is how well it fits with the prior Obsessed releases. Considering the different lineup since the last Obsessed album, what do you think make Sacred such a strong record, and how did you try make it fit? Did you consciously try to make it fit with the other releases, or is that just how it happened?

Wino: I believe—and also I was told by a bunch of people—that the bar was set pretty high by the previous band. The difference is that I think Sacred is pretty diverse—the musical movements and vibes are pretty diverse from song to song. I’m happy about that. … We had to dig pretty deep to get all the songs on this record. I think a lot of the positive vibe of Sacred was the fact that it seems to work. The Church Within days were a lot different. It’s like we were locked under the boot of the record company—it held sway. It still had a boot on the neck, so to speak. These days are a lot different, with the advent of the internet and very forward labels like Man’s Ruin. … It just feels like the timing is right for The Obsessed right now. Like I said, it has a lot to do with the speed of information. It also has a lot to do with the people: The people at our label are fans and artists. I just feel like even though these are troubling times worldwide, with the strange political and socioeconomic climate. I think it’s a very cool time for this type of music. I’m embracing it.

SLUG: You’ve been really active with Saint Vitus, and you kind of took the reigns after you joined—I think, in a way. (No discredit to the first couple albums—I listen to Born Too Late more than those.) Did that increase in activity with Saint Vitus have anything to do with the end of The Obsessed? I don’t really know how or why The Obsessed wound up breaking up …

Wino: With The Obsessed, we were signed to Columbia in ’93, basically. I was with Saint Vitus since, like, ’85, ’86, and we didn’t do our first little jaunt till ’87 … I think ’89 was our first European tour, and we started working. The thing about it [with] The Obsessed circa that era [was that] we were just spinning our wheels, [and] we were getting nowhere. When I was with Vitus, we had the opportunity to go overseas. There was the enthusiasm of the European audiences … so we decided to sign to a European label. I took the opportunity to get the German label that did the Vitus record to release the first Obsessed record—that’s why it came out on Hellhound. I kind of became the talent scout for Hellhound after that. I will say that Saint Vitus is Dave Chandler’s baby—he wrote everything. He wrote the lyrics for Born too Late; I wrote the lyrics for “Blessed Night,” “Looking Glass,” “When Emotion Dies” and some instrumentals, but that’s it. I could always identify with Dave’s lyrics, so I felt really empowered by it. I think I really learned how to sing in that band. When Vitus first split, it had a lot to do with that I couldn’t identify with the music and lyrics with Children of Doom. I just couldn’t get behind that stuff, so I decided to leave for whatever reason [in 1991, later reuniting with Saint Vitus in 2003]. Of course, my tenure with Vitus ended a couple years ago, after an incident in Scandinavia, and they chose to carry on with the original singer. I’m actually proud of those dudes—man, we’re all friends. They are really hitting Europe hard, and they chose to carry on with Scott Reagers. I think a lot of people never really got to see that lineup. It’s like I’ve always said: If David wants to do a reunion of some type, I’m always up for it.

That kind of leaves the timing open for everything that [has] happened with The Obsessed. I think the record is solid. I think, really, for me, it was a blessing in disguise in a way: In order to get into that role as the lead singer of Saint Vitus, I had to get my head in different place, [and] that wasn’t always the most healthy thing for me to do. Everything happens for a reason. I’m really proud of Sacred. My focus is solely on The Obsessed now, so I’m pretty happy.