Quasi have seemingly distilled their influences from everything else they do to make something seemingly effortless and celebratory. You might be tempted to dismiss parts of it as scattered, but that’s that whole point—that they are able to deftly touch so many bases.They answered a passel of SLUG’s questions with answers as enigmatic as their music.

The Outlier: an Interview with Quasi 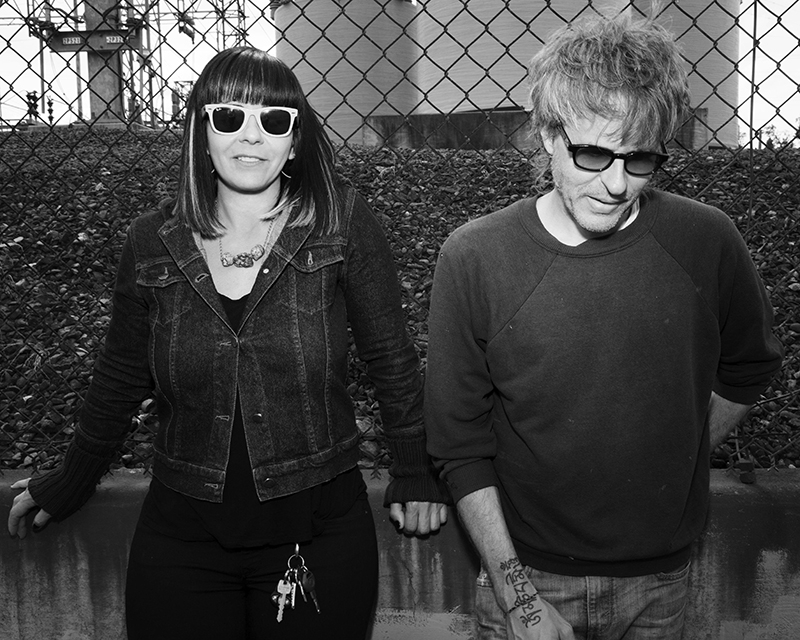 Photo courtesy of Tell All Your Friends PR

The two-piece, singer/guitarist and drummer combo is a tried-and-true institution of rock music by now, largely thanks to the overwhelming success of The White Stripes and other duos. But in 1993, when Sam Coomes (vocals/guitar/keyboards) and Janet Weiss (vocals/drums) started Quasi several years before The White Stripes were founded, such a minimalist musical arrangement was pretty unheard of, although the Carpenters were the predecessors in pop music. The comparison with The White Stripes is especially apt because, like Jack and Meg White, Coomes and Weiss were married during their band’s early years then divorced, but have continued to play music together. With keyboard added to the mix, Quasi’s music is much more multidimensional than the overdriven blues shtick of the Whites, which was as monochromatic as their clothes.

The musical careers of Coomes and Weiss are all the more astonishing for all the bands they also worked with in the interim—some of the key architects of indie rock from the 1990s onward: Coomes with Built to Spill, Sleater-Kinney, Elliott Smith and Pink Mountain, and Weiss with Sleater-Kinney, Stephen Malkmus and the Jicks, Bright Eyes, Elliott Smith and Wild Flag, among others.

Somehow, at the same time they’ve kept up a fairly regular schedule of touring as Quasi, and recently released their 11th full-length recording, Mole City. It’s a double album tour de force, with 24 tracks ranging from fuzz guitar to ragtime piano to interstellar synth. Quasi is one of those bands you don’t hear as much about as some of these other mainstays of the indie scene, but the two have seemingly distilled their influences from everything else they do to make something seemingly effortless and celebratory, yet also possessed of very skilled playing and songwriting. You might be tempted to dismiss parts of it as scattered, but that’s that whole point—that they are able to deftly touch so many bases.

They answered a passel of SLUG’s questions with answers as enigmatic as their music.

SLUG: Why release a double album right now?
Quasi: The past is gone, the future is just a theory, so right now was the only time available.

SLUG: How is Mole City a culmination of 20 years of experience with the band?
Quasi: You learn a lot over 20 years—we tried to bring this record in line with what our experience has taught us is important & minimize getting caught up in what experience has taught us is not important. This has more to do with intent & process than technical or stylistic stuff. But stylistically, the album does sort of cruise through a lot of territory we covered here & there on all the other albums.

SLUG: “See You On Mars” and “Blasted” both talk about going somewhere else—why the escapist impulse?
Quasi: “See You On Mars” is actually about digging weird music in sketchy little venues. “Blasted” is about getting out of your own hang-ups & head-trips. To me there is no escapism here. I’m not really against escapism, though.

SLUG: Not just that, but the idea of “going nowhere” comes up in several songs—where’s nowhere?
Quasi: Nowhere is right here, if you look hard enough. I’m just saying that’s fine.

SLUG: How has the experience of making music with an ex-spouse changed over time?
Quasi: When we were recently ex-spouses (a long time ago), it was relatively difficult. Now its relatively less difficult. We respect certain boundaries—not in the music itself, but in our personal lives.

SLUG: How do you fit in with the myth of trendy Portlandia, and how do you defy it?
Quasi: We just do our thing. We don’t think about how it sits in relation to Portlandia. It’s just a TV show …

SLUG: Some of your songs undergo a transformation—in the middle of the melody, even. What’s your songwriting process?
Quasi: That’s a good question. Every song is different, the way it originates & the way it eventually comes together is always a little different. I can’t really figure out what the process is. Throw some words & chords together, a little melody, then the band messes around with it till it feels good. That’s about it.

Some artists prefer their music to speak for itself, but then the music of Quasi speaks in riddles, gestures and jokes that really don’t carry their full impact until you see the band in concert. It’s all in the delivery.