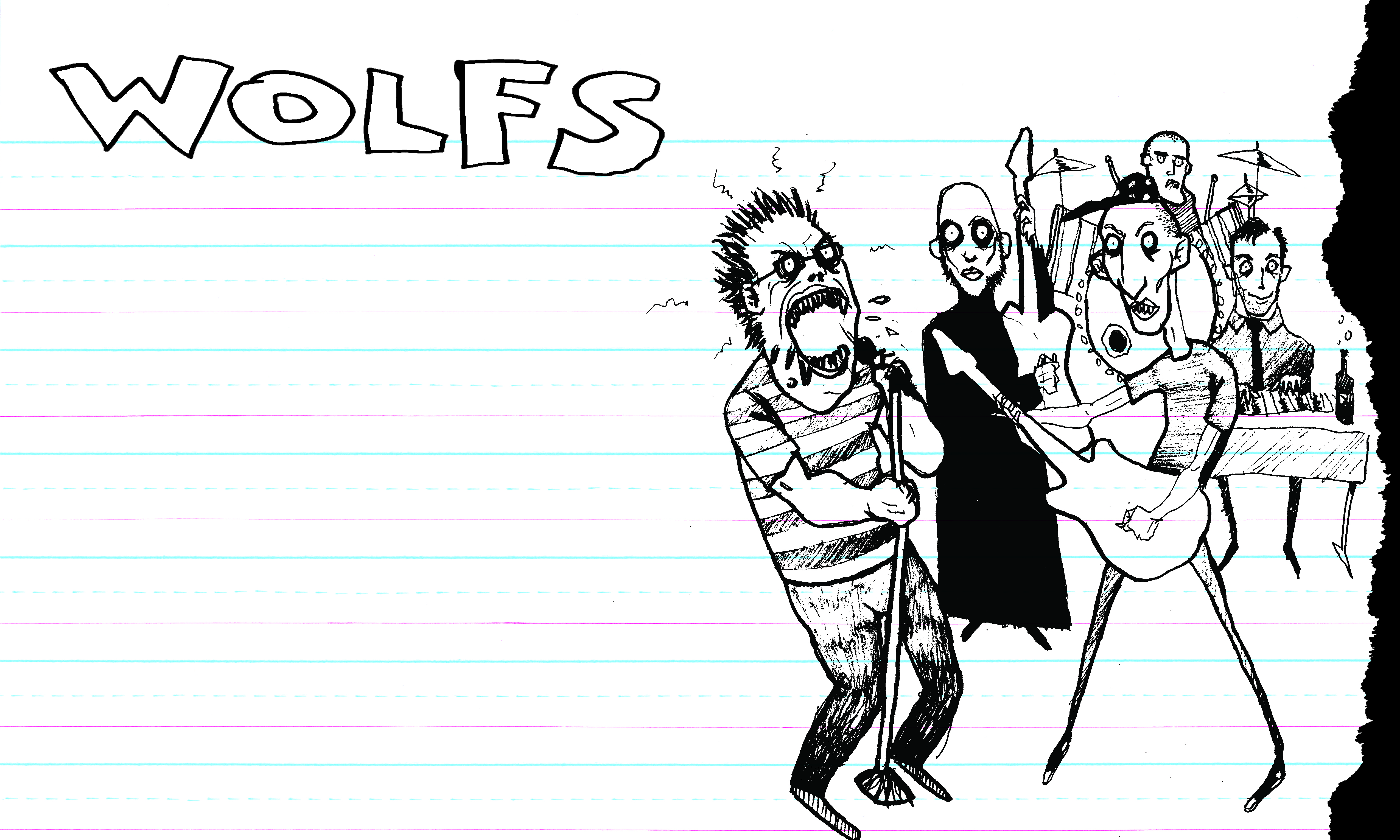 Eli Morrison and his band, The Wolfs, have been yelping, snarling and howling their brand of experimental rock n’ roll for almost 10 years. Morrison, vocalist for The Wolfs, and guitarist Jeremy Smith started the band sometime around 1999, according to Morrison. This raucous pack also includes Charlie Lewis on drums (who also drums for SLC band The Rubes), Shane Asbridge on bass (who plays guitar for SLC’s Vile Blue Shades and Laser Thing) and Jesse Winters, who pounds the electric piano and/or synth keys (and who has also lent his hands to the Purr Bats). The Wolfs infuse the sound of 60s and 70s rock music with an experimental element thrown in the mix. “When Are You Experienced? came out,” said Morrison, “It was a new sound and nobody had ever heard anything like it since, so we thought, ‘What if we tried not to emulate or copy this, but take inspiration from its timelessness, its incredible depth, character, emotion and soul?’ We pick some of the timelessness of a garage/punk/rock n’ roll sound and re-inject it with an experimental aesthetic.” Morrison’s vocals are on a mantle of their own and have been described by others as screams and hisses from a man possessed. Watching him perform is like observing someone having an out-of-body experience.

“I really try and let it come as naturally as I can; a lot of it is live stuff that comes up in rehearsal. If there’s somebody out there who I’ve aspired to have a little piece of what they’ve got, it’s definitely Tina Turner. I have a massive, massive stack of her records in my house and I listen to them all the time.”

Sex, drugs and rock n’ roll encompass the bands’ entourage of lyrics—specifically sex and death. “It seems like those visceral parts of the human experience are something that continue to draw our obsessive interest,” Morrison said. In the past, lyrics and music were always left to Morrison, but have now become a collaborative effort of the band. “That is my preference because I love to get all different flavors; if it was all about me, I could make my little Peter Frampton solo record, but it’s not.”

Come April 28, or just after, The Wolfs will release their 9th and 10th titles, Awful, Offal and The Death Theme. The first will contain live recordings, radio sessions and outtakes. The second will be packed with two new studio versions of the song, an epic 30 minute version from a show at the Urban Lounge and a “secret surprise.” A vinyl LP full length is also in the works to be released sometime in the fall.

SLUG Magazine is helping give The Wolfs a go at some out-of-state touring to support the upcoming releases (and the SLC local scene) at the Hyperactive Festival in Albuquerque, NM on May 20.

Playing shows outside of Utah isn’t something Morrison and The Wolfs have had much experience with. “We’ve done a little bit, but it was a disaster. Our last tour was about three or four years ago. We spent a weekend in Portland and Seattle and basically just indulged ourselves with alcohol to the point where it was outrageous. Everybody was really sick and I fell down some cement stairs and got all fucked up and it was a nightmare,” said Morrison. when asked about playing ABQ Morrison replied, “We’re really looking forward to it, we know a lot of people there and it will be fun.”