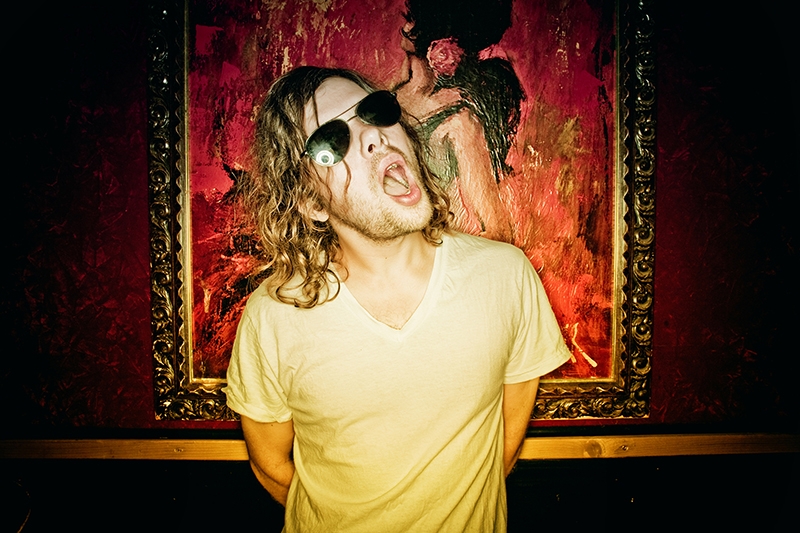 Through Smoke and Music: the Spiritual Reckoning of Dax Riggs

“It doesn’t matter if the song is a thousand years old or 50 years old: If it touches me spiritually, then I have to sing it. I want to play it.”

Dax Riggs is a different breed. When you meet a musician who starts making music early in life, and is able to maintain that passion through all the industry’s dark points—including some uncommon losses—you know you’ve found someone following a very deep song in his heart. While the song itself may have evolved through the decades, Riggs is proud of every inch of his catalogue. His most recent years have introduced fans to a raw and toned-down brand of folksy swamp-rock blues that is powerful in its minimalist and stark expressions of primeval darkness from Riggs’ deep, crooning voice. His original works are punctuated with meaningful covers of folk and jazz standards. It’s a place he feels he belongs. “I like what I’m doing now. I really enjoy playing all of these songs. It’s not like I’m doing something and wishing I was doing something else,” he says. But it’s been a long and singular journey to here from there.
His early years belonged to the church of heavy metal—acts of thrash and sludge that survive only as a footnote to what would become a seminal act in the genre, Acid Bath. Mixing elements of sludge, doom, grindcore, black metal and psychedelic, the group gained a heavy cult following for its unique interpretation of metal and the unrelenting darkness expressed by both Riggs’ powerful lyrics and his signature vocals. He can sing like an old blues man, and then move into primal, guttural, harsh lows and banshee highs. It’s a combination that is practically unheard of, especially with most of today’s metal vocalists’ clean timbre sounding closer to pop or radio rock. The band dissolved after the death of bassist Audie Pitre, who was killed along with his parents by a drunk driver in 1997. This, Riggs says, coupled with the realization that he wanted to expand into different musical areas while the rest of the band did not, shook the band past the point of recovery.
Losing Acid Bath didn’t slow Riggs’ stride, not as a man on a musical mission. He and guitarist Mike Sanchez gathered to record a single album under the name Agents of Oblivion. The band didn’t last, but it planted the seeds for what would become Riggs’ next mountain to climb. As Agents was stripped down from Acid Bath’s harshest moments, so, too, would he further soften his next band, Deadboy & the Elephantman. We Are Night Sky is far more on the folk end of the spectrum and rare for Riggs in that it contained the White Stripes–esque setup of Riggs on guitar/vocals and Tessie Brunet providing primal drum lines and backup vocals for the raw but bouncy blues sound. They toured a bit in support, and had a label feud over their debut record If This Is Hell, Then I’m Lucky, which has since been re-released by Fat Possum Records under Riggs’ name. In 2007, Brunet left the band, and Riggs headed out on his own, releasing his first solo record, We Sing Of Only Blood Or Love, a sweet mix of psychedelic and blues rock. Genre boundaries are nothing to Riggs—he treats them like sidewalk chalk drawings he can wash away and rebuild to fit his needs, a musical philosophy not unlike the jazz pioneers he draws from.