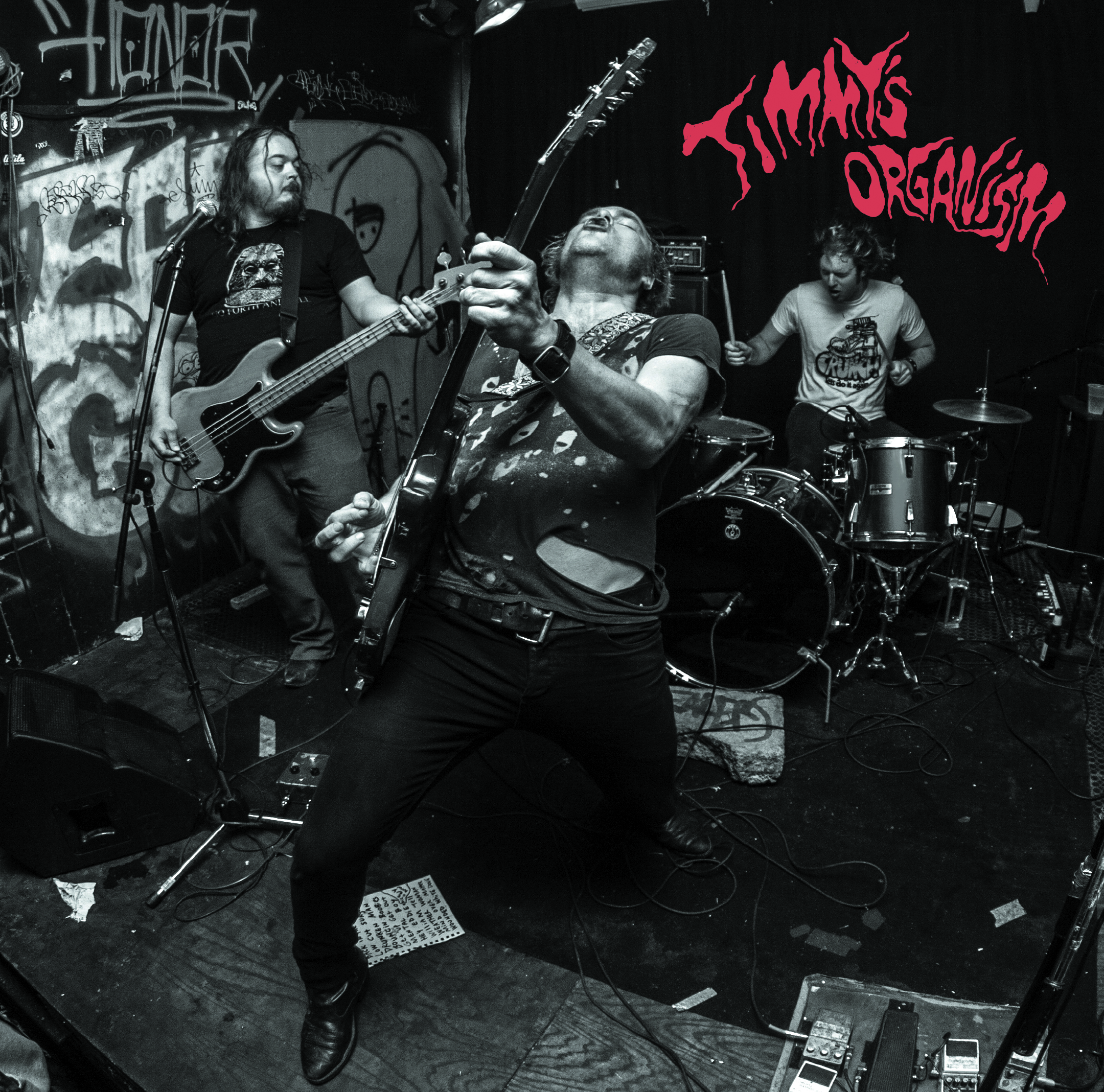 The history of rock n’ roll has been subverted by the explosion of technology’s gear gadgetry. A line of demarcation needs to be drawn to show the shift from the large recording studio, enveloped by colossal boards and reel-to-reel recorders, to today’s proficient and IKEA-quaint studios with point-and-click DAWs and computer monitors. A visit to Sun Studio in rock’s embryonic stage reveals simple machines that created the fevered dreams of teenagers in the ’50s, music of museums whose reach does not appear to extend too deeply into the 10 trillion sub-genres that exist today. Not if Timmy Vulgar, Timmy’s Organism’s kick-ass-and-take-names-later front person, has anything to do with it. They play Urban Lounge on March 2.

Timmy’s Organism fuses the spirit of Rufus Thomas’ version of “Hound Dog” and Iggy Pop’s peanut butter–spreading histrionics to create this country’s purest rock n’ roll band. Certainly, Vulgar grew up listening to the Holy Trinity of ’80s music—The Smiths, The Cure and New Order—yet, none of those sounds found their way into his own playing. “I really liked those bands when I was younger, back in middle school,” says Vulgar. “I still have a place in my heart for that stuff, but I’ve never had them as inspiration for my music. They definitely were a gateway of things [that] I liked in music leading up to punk etc.”

Detroit’s native son ignores the current trends provided by the climate of indie and electronic music. Deeply rooted in the primitive side of rock n’ roll, Timmy’s Organism find solace in rock music’s legendary past and punk’s primeval lifeforce. “When I play music with my bands, it’s always pretty primal no matter what everybody else out there is doing,” Vulgar says. “I don’t think I wanna change that. I’ve always loved old music, so my influences are old rock n’ roll. I don’t really care much for new music unless it sounds classic and timeless.”

This is precisely why “Get Up and Get Out!” was a breath of fresh, un-synthesized air in 2015. In the same way that The White Stripes’ “Fell In Love With A Girl” failed to ask for permission for radio acceptance in 2001, the track wraps its filthy fingers around the listeners’ throat and tightens its grip, not to cause bodily injury, but to wake up those Instagramming narcissists from their self-imposed trances. “I started writing the lyrics about someone wanting to break loose and get out and get free while they’re still young,” says Vulgar, “just to move on and see what the world has to offer. Stop being stagnant in a bad time in your life and get free! I think a lot of people can relate with those kinds of words.”

Third Man Records—Ben Blackwell and Jack White’s analog vinyl revival studio—is a perfect fit for Timmy’s Organism. The equally successful and widely popular Sacred Bones that housed many of Vulgar’s ancillary projects—such as Human Eye—did not seem as fitting. His relationship with Third Man Records stems from both Vulgar’s beatified reputation in Detroit and his friendships with many of the label’s associates. “Timmy’s Organism recorded our demos in August of 2014, and we were shopping around for a label,” says Vulgar. “I emailed Ben at TMR and said, ‘Hey, Ben, I accidentally emailed you our new demos! Can you keep them top secret? He wrote me back and said, ‘We love it, and don’t forget about Third Man. Maybe we would want to put this stuff out.’ We talked on the phone, and I decided to roll with them. He told [me] this could be the best accidental email you’ll ever send!”

In spite of Timmy’s Organism’s pull toward rock n’ roll’s raw beginnings, the band’s ironic draw toward sci-fi visualizations makes its way into their live shows. Special effects, poor man’s pyrotechnics and hyper-visualizations of bizarre reptilian beasts are as much a part of the band’s mythos as is their Detroit Rock City sound. In 2010, Vulgar was awarded a $25,000 Kresge Grant. “I won the grant for ‘The Performing Arts,’ so all the music that I had released and shows [that] I had performed from 1998–2009 [had a lot to do with it],” Vulgar says. “It also had to do with the shows that I would put together here in Detroit. I have brought a lot of bands to the city. I’ve had some play a fest I put together for a long time called Panic In Hamtamck. One of the coolest things that ever happened to me was receiving that grant.”

Vulgar truly is the Charles Bukowski of rock n’ roll. The future looms brightly for music’s current gutter poet, whose music champions the underrepresented. For him, it is rock’s definitive purpose. “Isn’t that what real rock n’ roll is? I think so.”

Catch Timmy’s Organism alongside Wolf Eyes and Video for the Audio Social Dissent tour at Urban Lounge on March 2.