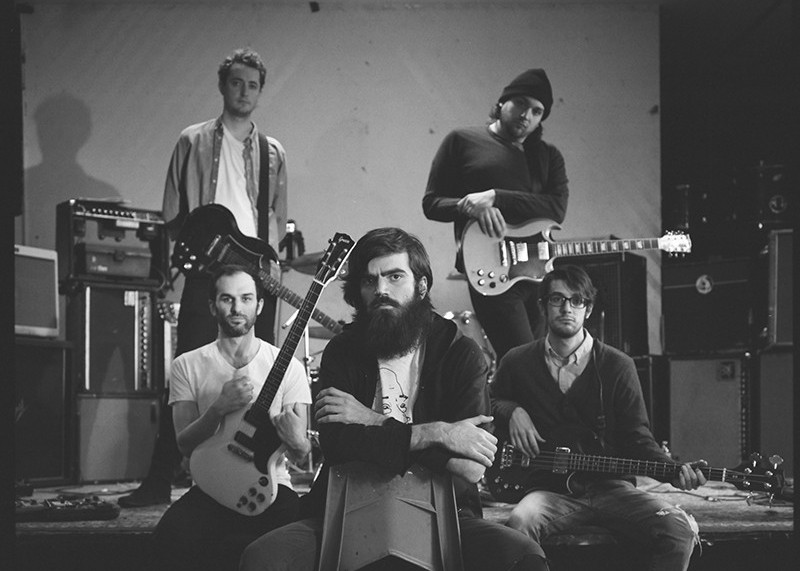 The Who. Pink Floyd. Titus Andronicus. If you think one of these bands doesn’t deserve to be mentioned in the same breath as the others, you clearly haven’t listened to The Most Lamentable Tragedy. The fourth album by New Jersey’s Titus Andronicus is a 29-song rock opera presented in five acts, following our hero’s confrontation with his own doppelgänger and his subsequent descent into madness. Along the way, the band evokes Hüsker Dü, The Replacements and Dexys Midnight Runners, and covers The Pogues, Daniel Johnston (no descent into madness would be complete without it), “Auld Lang Syne” and even salutes Ra, the Egyptian sun god. Somewhere between the epic, experimental punk of Fucked Up and the silly, straightforward garage rock of Wavves, Titus Andronicus’ magnum opus is a beautifully sloppy work of art. SLUG spoke with Titus Andronicus frontman Patrick Stickles about the album and the band’s goal of transparency.

On the day I spoke with Stickles, Titus Andronicus’ Twitter feed was exploding with a fresh hashtag: #GiveTitusAndronicusFiveBucks. Stickles had nothing to offer those who donated other than their own sense of satisfaction in giving a band they enjoyed some money that wouldn’t pass through multiple channels before reaching them. Reactions ranged from dismissive to utterly offended, but Stickles said that the band had actually made quite a bit of money from the spur-of-the-moment campaign. “Not everybody loves that the way the artist gets paid is by begging through a record company or through a beer commercial,” Stickles says. “A lot of people, including myself and a lot of our fans, think that the best way for the artist to get paid in this specialized Internet age is for fans to become educated and informed about what they really like and vote with a dollar.” It’s a bold approach, but it’s a clever adaptation of the DIY ethos that punk rock is founded upon. “We want to show the audience that we’re genuine, that this is sincere,” he says. “Even if we want them to perhaps buy a T-shirt or a CD, or maybe even just give five dollars for no reason, we want these people to know that there’s another person at the other end of this transaction—that that money doesn’t just line the pocket of some fatcat.”

Stickles’ unique approach to social media and media in general is partly what led to the creation of The Most Lamentable Tragedy. In 2013, Stickles began to talk about the lofty concept album before the album was even 20-percent complete, and even began taking pre-orders for the album through the band’s webstore. “We had a bunch of stacks, people’s money—it was a vote of confidence,” he says. “I had to create a situation that I absolutely couldn’t escape, because I had to deliver this rock opera to these people,” Stickles says. During the creation cycle for the band’s third album, 2012’s Local Business, Stickles went through a manic-depressive cycle, which largely inspired his decision to begin presenting The Most Lamentable Tragedy well before the album was completed. “I had been a maniac when I did a lot of the conceptualizing [of Local Business], and when it came time to actually do it, I was basically out of gas and pretty deeply depressed,” he says. “Having gone through that experience and being way up while I was making the plan and then being left way down low when it came time to putting the plan into action, I knew I didn’t wanna do anything like that again.”

Even though Stickles insists that The Most Lamentable Tragedy is a “work of fiction,” it is clear that his manic depression largely informs the album’s tone and overarching concept. “Feeling vulnerable is the whole point of it,” Stickles says. “I want to occasionally reach some pretty crazy heights of ecstasy, so therefore, I need to allow for the possibility of pain. However horrible the pain, however wonderful the pleasure, they’re just a moment in time, not gonna last forever—damn, I just spit some hot-ass bars for free, by accident!” This sentiment is largely reflected throughout The Most Lamentable Tragedy, as the hero struggles with getting lost within himself, letting other people into his life, and ultimately confronting himself—all while walking the line between high and low culture, referencing Shakespeare and Seinfeld along the way.

Stickles has a unique way of looking at the world, but the core of his art is representing himself truthfully and transparently. “The Rolling Stones have a bunch of 700-page books about them, and I don’t put our band on the same level as them obviously, but if you wanna be as great of an artist as you can be, you have to have this ongoing fantasy that your life as you’re living it is gonna end up in one of those books or someone’s gonna make a movie about you someday,” Stickles says. “Crass never ended up making a Rice Krispies commercial.”

Titus Andronicus will perform Oct. 6 at Kilby Court with Spider Bags and Baked.