Welcome to GigViz, the live-streaming “virtual venue,” bringing the show to your screen in real time! There is no better birthplace than SLC, home to a thriving music and art scene. Sean Cochrane, the founder of GigViz, began formulating the project a little under a year ago. It was an invitation from a friend in Santa Monica to see a live show that ignited this mission.

Turn Off the TV, Turn On the GV! 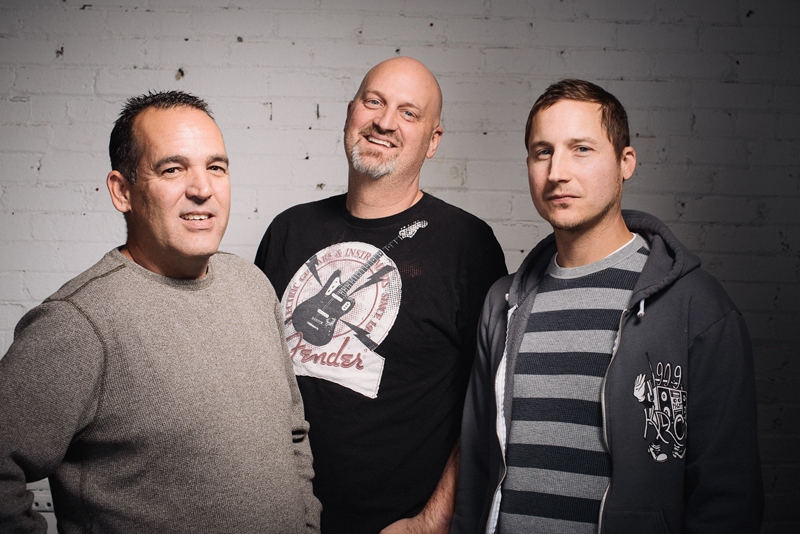 Welcome to GigViz, the live-streaming “virtual venue,” bringing the show to your screen in real time! There is no better birthplace than SLC, home to a thriving music and art scene. Sean Cochrane, the founder of GigViz, began formulating the project a little under a year ago. It was an invitation from a friend in Santa Monica to see a live show that ignited this mission. Unable to attend due to the show’s location, Cochrane started thinking that there should be a way for him to experience the show, despite the miles between them.  “In this day and age, it’s pretty easy to get live video streaming … and I thought, ‘Well, hell, I can do that!’”

Just a couple of months later, in February 2012, local favorites Royal Bliss were the first to test-run the experiment and, since then, with the help of Mark Hoffman (operations) and Mike Sartain (artist relations), GigViz has already netted nearly 2,000 users from all over the world. Fans are tuning in from over 50 countries, from Australia to the UK, to check out the live shows of their favorite bands streaming from our fair town. GigViz is already showing its enormous value. The opportunity now exists via GigViz for local bands to have their live show seen by an international audience, and the potential to gain new fans from this shared virtual venue is a huge boon to our community of musicians. The bigger GigViz gets, the bigger the opportunity for our local artists, with more and more fans from around the world tuning in to check out who’s playing.

While the technology to stream isn’t new or unusual, the idea to stream live shows without adding production value is unique to GigViz. No other virtual venue endeavor is quite as faithful to the truly live show. “We always say, ‘Go to the venue if you can,’” says Cochrane. Therein lies the magic: The idea is not to take away from the venues or the live experience, but simply to add to that by providing the means for people who cannot make it out to the venue in person. The improvements in technology continue to help boost the potential as well, as 4G networks expand the capacity and quality of the stream from the venue to your home.

Having built the platform from scratch, Cochrane always planned for the business to have no ceiling and limitless potential. “I set this all up from the beginning … so we can scale to whatever size audience we can get,” he says of the technology involved. “I didn’t want to just put it on a little server in my basement.”

Out for “world conquerization,” as Hoffman jokes, GigViz is certainly nothing to laugh at. The growth plan is huge, involving everything from iPhone apps (available within the next six months) to the ability to stream through third-party devices such as Xbox and Apple TV. The company is still young and looking for creative ways to create revenue, including pay-per-view options and streaming advertisements. “Hopefully, we can both get some expansion and get some revenue to keep us going,” Cochrane says. “[We want to] make this our job … We’re passionate about this,” Sartain says. As of now, there are no fees for the venues, bands or users and, therefore, no revenue—passion is what is carrying the project forward.

The success of GigViz, so far, has largely included audiences from far away tuning in to catch a live show they would otherwise miss due to that whole “time and space” thing. Here in Utah, though, more potential for success lies in another hugely under-served market: the youth who are not even able to get in the doors of bars, even if they really did just want to see the show. The laws make it too hard to cater to them, so they get left out.
The time has come for GigViz, hero to the people, the youth, the young mothers, the stuck-at-homes. It’s online, it’s free and it’s just up to you to tune in to the show.

“Turn off the TV, turn on the GV,” says Sartain. That sweet little sentiment is being used as the company’s slogan. GigViz works with some of the best venues in town, ensuring that the shows being streamed are shows people want to see. For now, they are streaming shows from Urban Lounge, The State Room, The Depot, Wiseguys, Liquid Joe’s and The Garage. Anywhere else interested in letting GigViz get more eyes and ears on the show need only shoot them an email, and they will start working on getting GigViz into that venue as well. If a band is playing one of the venues they currently work with, they can just shoot an email over to see if GigViz is available to make their set visible to the online masses.

Go to gigviz.com to contact them and, while you’re there, check out archives of past shows, featuring a recorded sampling of one or two songs from all of the shows that were streamed live. Or check out the calendar to see what upcoming shows are on the agenda. You can also chat live with other fans from around the world as you watch the show, all for free.