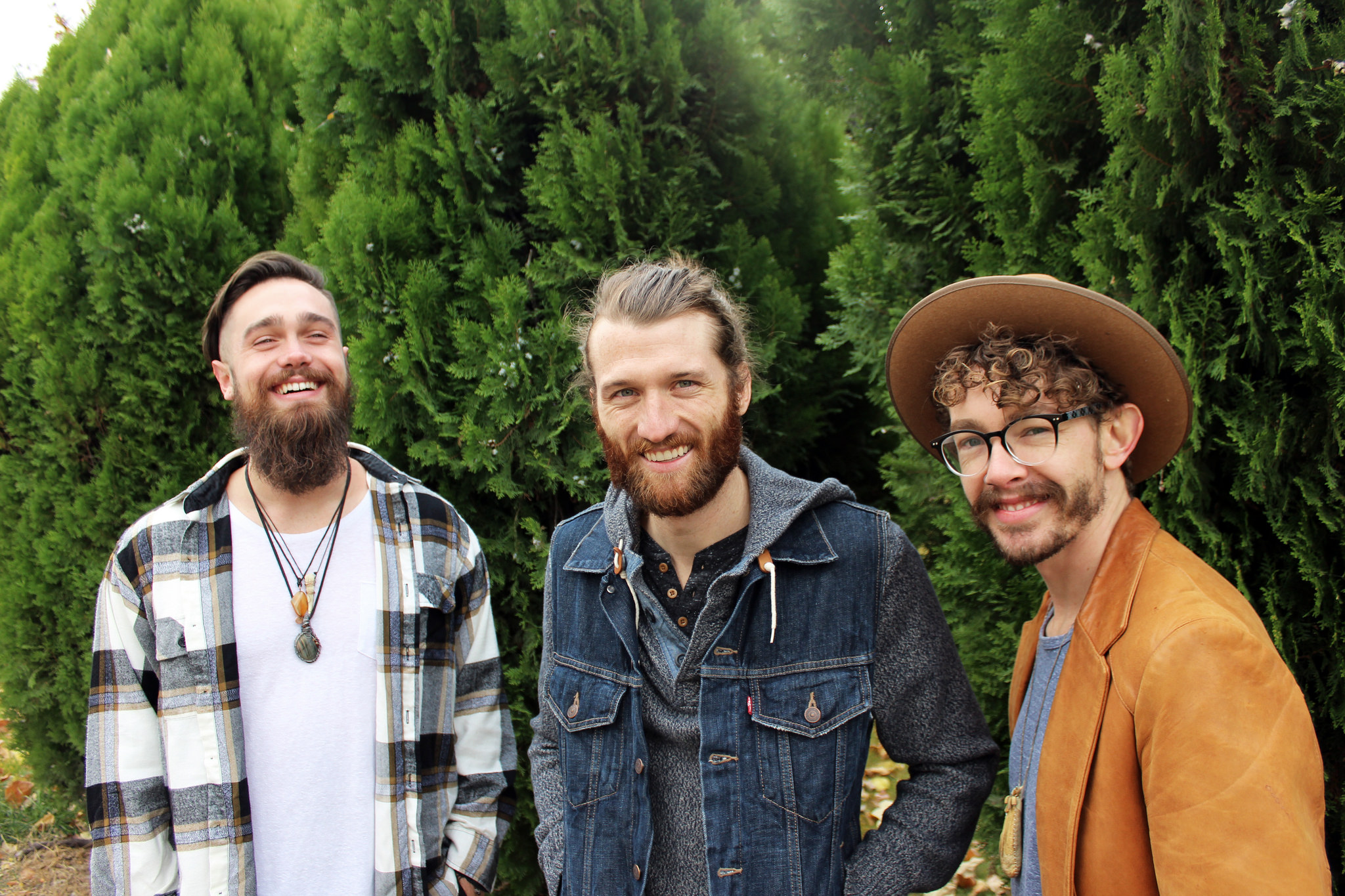 Deep in the confines of Utah County, there resides a band that has played with the likes of Parachute, Portugal. The Man. The Avett Brothers and blink-182. No, it’s not Neon Trees, Imagine Dragons or even The Used. It’s a band call VanLadyLove, and from winning awards to being featured on VH1, they are the latest band out of the Provo scene to reach national success. They are some badass talented guys whose love for music runs deep, and this April, VanLadyLove will released their much-anticipated new EP.

VanLadyLove can be described as an indie/alternative band that pushes the boundaries of the genre. Made up of Jordan Clark, Steele Saldutti and Travis Van Hoff, the current band lineup came about through trial and error. “It took a while to get to this core group of guys. We’ve had multiple members comes and go,” says Van Hoff, as the longest current member of VanLadyLove. As members came and went, the chemistry between Clarke, Saldutti and Van Hoff became too much to ignore. “The first time we ever played together, I remember thinking, ‘Wow, this sounds really good,” says Van Hoff. “We’ve never played together, and we could have played that for people and that would have been just fine.”

Each member of the band’s passion for music is a full-time gig. Clark, Saldutti and Van Hoff all had their own lives and came from varying backgrounds before deciding to concentrate on the love they have for music. “I decided I wanted to follow the music path a long time ago. I went out to LA and was working as an audio engineer and moving stage equipment for shows,” Clark says. Saldutti also carried a longtime love for music. “I was in a rock band, had long hair and listened to ’90s grunge,” he says. For Saldutti, however, his life could have been completely different if he had taken the safe route. Saldutti had a career as a programmer before he decided to choose music as his career path. He was at a crossroads, deciding whether or not to stick with the band or to follow his latest job offer in Miami and make upwards of $100,000 a year. Luckily for all of us, Saldutti turned the offer down! As for Van Hoff, he was everyone’s best friend on a Friday night: a bartender. “It’s how I paid the bills, and I was happy when it was all said and done,” he says.

The band’s latest EP has influences from all around the music world. “Steele got really into EDM,” says Clark. I feel like that played a huge role.” VanLadyLove aren’t one to sleep on the classics, though: “Of course we came into it with our upbringing. You know, your Bob Dylan, Led Zeppelin, Rolling Stones,” he says. The new EP comprises all sorts of styles, ranging from pop, grunge and folk all the way to EDM. The song “Moves Me” is a perfect example of how all these styles culminate into one, with “old-school beats such as Tupac, Coolio,” says Saldutti. VanLadyLove went into this project excited. “Trying to push the envelope, and think outside the box,” Clark says, was their goal from the beginning. “All of us challenge each other to write on their own.” Van Hoff works on piano and chord progression, while Saldutti’s area of expertise is programming and building loops and melodies. Clark is the primary source for lyrics. “I write a lot of the lyrics and then we’ll usually demo it out,” he says. “By the time the whole band gets ahold of it, we all give feedback.” It is easy to see that the new EP is a balanced love affair for all three.

The new EP was recorded at Green Day’s studio, JingleTown Recording in Oakland. “We did a lot of new mixing techniques and then dirtied them up by running them through a guitar amp with distortion to give it that sound—as if from a record player your dad gave you,” says Van Hoff. The lyrics are also just as redefining as their style. “We’re not writing sad breakup songs,” says Van Hoff. “They’re about reawakening, moving forward, looking forward to the future—the major theme is hope.”

VanLadyLove had humble beginnings, and that humility is what has carried them to success. “We are going to hit the road so hard,” says Van Hoff when asked about the the band’s next big project. VanLadyLove are driven by passion and hard work and will no doubt continue to do what they love. “We can’t stop the music from being made. We just can’t stop, no matter what we do,” says Clark.

VanLadyLove will host a pre-release show on March 26 at Velour. Find out more about the show at facebook.com/VanLadyLove.