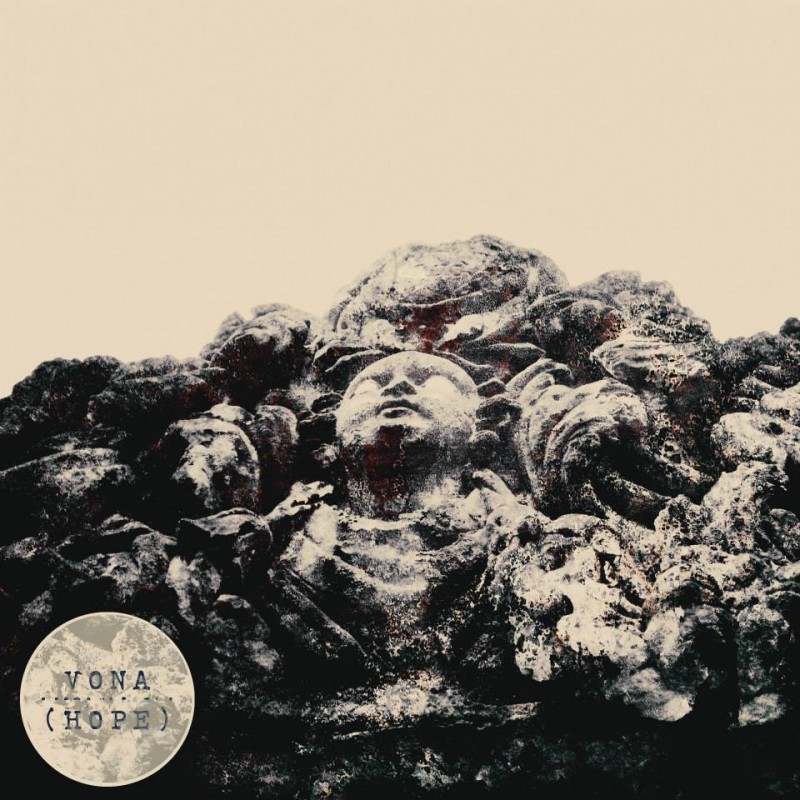 Vona and The Emergence of (Hope)

From the beautiful Scandinavian shores of Sweden, Vona has sent their debut album, (Hope) out into the world, an exciting mix of pop-punk and post-hardcore that warms your heart while it melts your face. SLUG got on the ol’ interwebs mail with vocalist Alexander Evans to talk about the album and their first major European tour.

SLUG: Tell us about how you guys found each other and formed the band.

Vona: Back in the very end of 2012, Sebastian [Ryderberg] and I decided to move on from another band we both were in that played progressive metal to a band we originally called Back Burner. We released a really shitty couple of tracks on YouTube and called it a demo. It wasn’t long until Ed [Challis], our bassist, joined from the same metal band. I knew Douglas [Hammarstam], our drummer, from school and turns out was the most talented 15-year-old like ever. We went to record an EP known to the world as Mountain Heart and felt it was appropriate to collectively decide on the new name, Vona. By now, we’ve switched rhythm guitarists a couple times but I’m quite sure we’ve found “the one,” being William [Zackrisson]. A couple shows and songs later, here we are.

SLUG: What inspired you to go the musical direction you did?

Vona: “That’s always an awkward question for us, because really it’s a mystery. Most likely it’s because Sebastian and I, the main songwriters, just really dig the kind of music we play—blistering fast, but never compromising on the melodic parts. Bands like Propagandhi, Shai Hulud and Napoleon do it too. We just connect to it, and that’s the best way to put it.

SLUG: Do all of you hail from Sweden? How is the scene where you are, and how have they reacted to your album?

Vona: We’re all from Stockholm, so yes. To be honest I don’t think Sweden is our scene and I don’t think we’re Sweden’s type either. You’ve got to understand the hardcore scene here isn’t as diversified as it is in a country like the US or UK. Most bands here are either into old school hardcore or less positive stuff. Personally I dig both those styles, don’t get me wrong. But we’ve always been more or less the black sheep here. There aren’t any bands here that we can team up with, genre-wise and most our fans come from other countries. Sweden’s hardcore scene is also very politicized, and we’re not into wearing hardcore as a uniform.

SLUG: I really dig your sound, because there’s this well-balanced mix of nostalgic metalcore elements with newer post-hardcore styles of songwriting. Is this kind of mix a deliberate undertaking?

Vona: Thank you! If you’re asking if we deliberately try to stay within the borders of post-hardcore then no, absolutely not. We try and push boundaries, and we’re pretty sure that is clear on our new album (Hope). I remember personally trying to put elements of pop punk in there though, just because we wanted that positive feel that matched some of our lyrics.

SLUG: (Hope) certainly inspires that, not just lyrically but musically. It’s got that upbeat positivity so familiar in genres like pop-punk, etc. With so much heavier music being of the angry, doomy or negative variety, do you receive any criticism for going hopeful with your message? If so, how do you deal with it?

Vona: We feel that a lot of hardcore nowadays, especially the melodic hardcore, is unnecessarily negative in message and feel. We believe there is hope for everyone if you look in the right place, and naturally that’s the message we want to send to the listener. We don’t think being negative and promoting negativity and hopelessness is punk. Loving yourself and trying to change the world no matter what people say, that’s punk. In a world that teaches you to hate yourself and stay in line, the most rebellious act is to grasp the hope and love we all carry within and use it as a weapon.

SLUG: You guys are about to head out on a tour with Second Guessing across parts of Europe. Is this your first major tour? Do you think you’ll get to tour the States in the future?

Vona: This is our first major tour, and of course we’re totally stoked. Second Guessing from Holland are good friends of ours, and we can’t wait to hit the road with them. Regarding touring the U.S., who knows. I think it’s safe to say we all want to. But we can only wait and see.

SLUG: What are your plans when you get back from tour?

Vona: We don’t have a thought-out plan but we’ll probably sit back for a couple months and write some new stuff (yes, already). Other than that we’re gonna enjoy the ride Vona has brought us on. We hope you do too.

You can purchase (Hope) through Vona directly at vona.bandcamp.com.