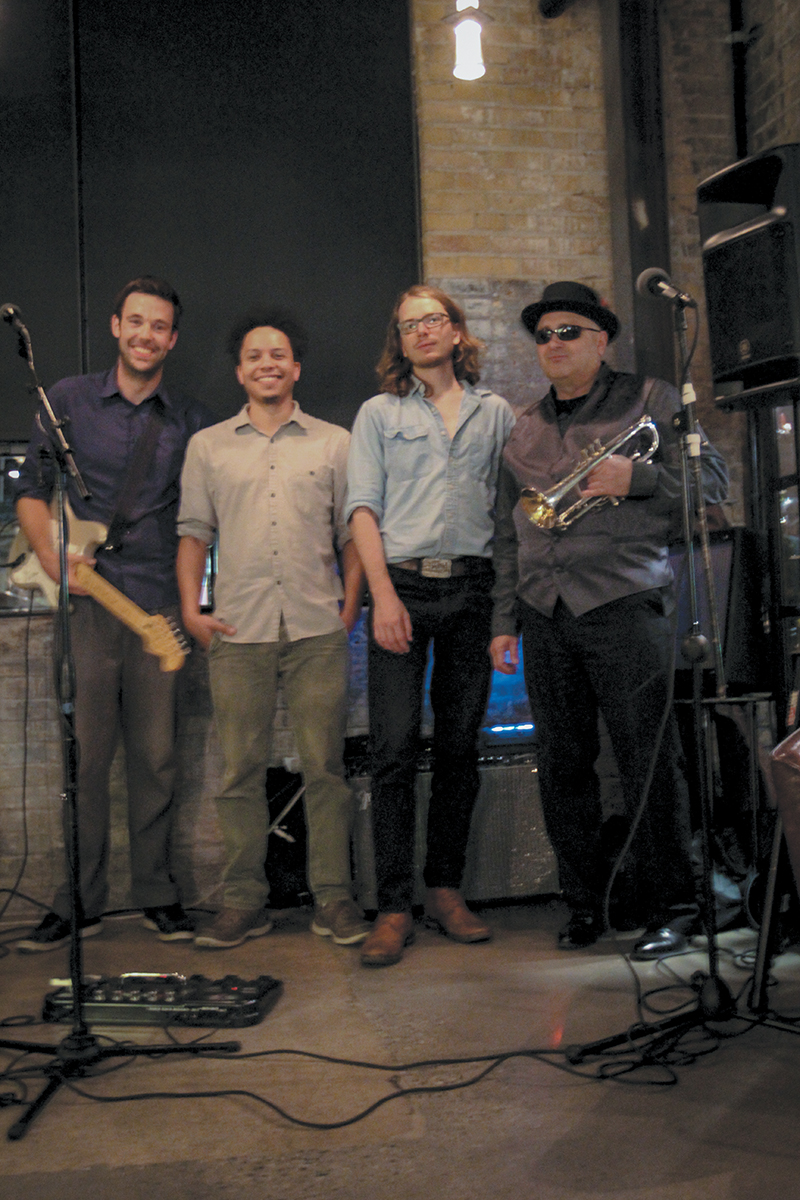 A unique blend of jazz, blues and soul, the Will Baxter Band is a group that can be seen regularly around the Salt Lake City area, improving and grooving wherever they go. The sound is effortlessly soulful with hints of New Orleans jazz with trumpet and a little bit of funky organ and bass. The band consists of guitarist/vocalist Will Baxter, organ/bassist Adam Fifield, drummer Wachira Waigwa-Stone and ALIENWOLF on trumpet.

Although Baxter is originally from Fort Collins, Colorado, he finds the Salt Lake City music scene particularly communal and tight-knit, saying, “It really is Small Lake City. Nearly everyone has heard of each other at some point.” As part of an ensemble that performs often around Salt Lake City, Baxter considers his part in the band to be similar to sharing in the ownership of a business; he prefers to share his time only with like-minded musicians who are willing to put forth the talent and effort to achieve the best sound. With the combination of this dedication, the crisp, jazzy sound and the sheer amount of gigs that the band is able to perform, The Will Baxter Band has amassed a loyal following, often turning first-time audience members into fans.

What the DIY Fest can expect from a live Will Baxter Band performance, Waigwa-Stone says, could really be anything. “Since what we do is improv, we don’t always know what to expect from our own performances,” he says. “Some nights it’s really laid-back, and sometimes it’s high-energy.” Having played most of their gigs at bars around Salt Lake City, the Will Baxter Band is looking forward to being a musical focal point at DIY Fest and anticipates more of the latter kind of energy for this performance. Come see the Will Baxter Band groove at DIY Fest on Friday, Aug. 12, on the KRCL Stage, 7 p.m.–7:30 p.m., and check out more of their music at willbaxtermusic.wix.com.