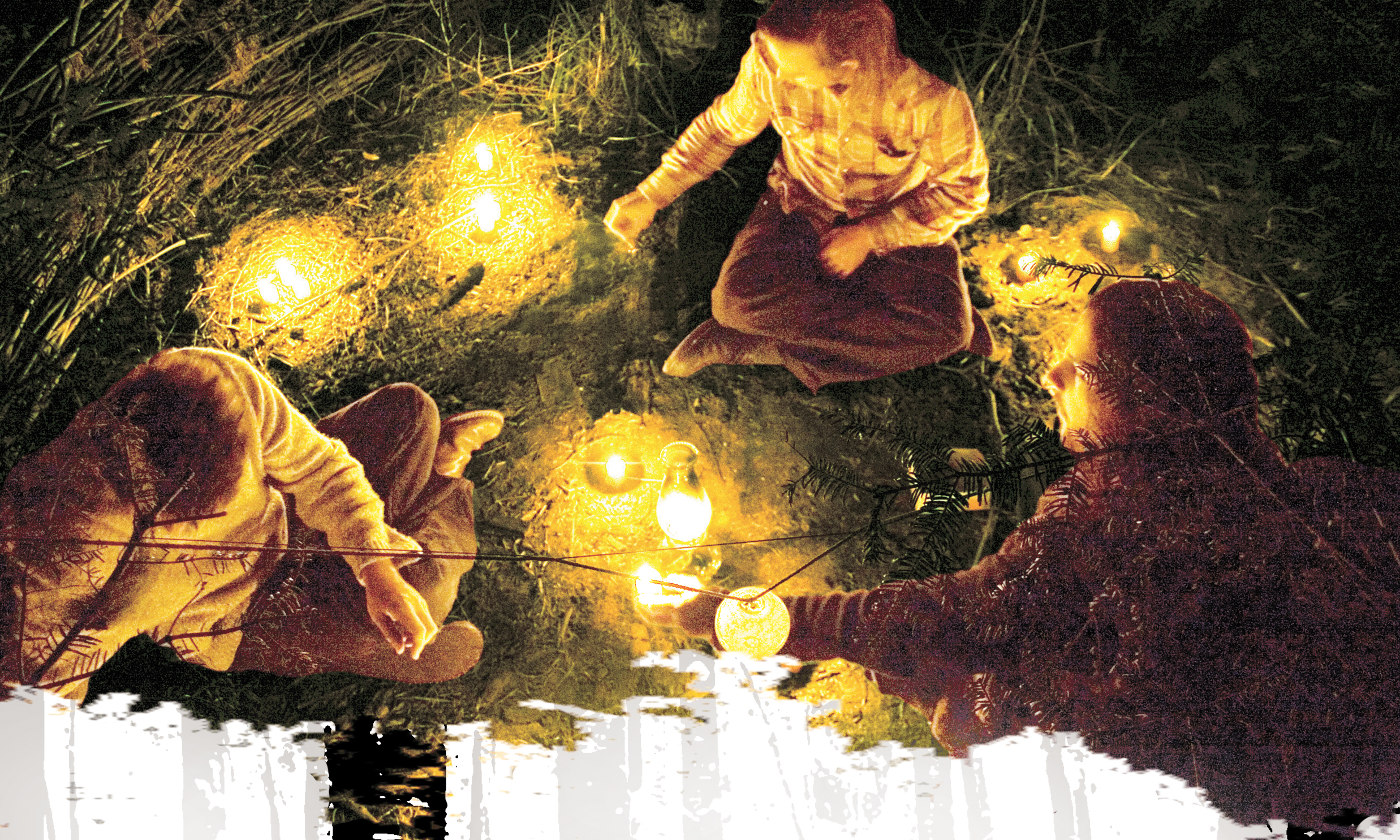 Wolves in the Throne Room: Madrigal of the Wolf

With raw production, blazing guitars, shrieking vocals and blasting drums, black metal has always purported an extreme display of individualism, making every effort to reject all things politically correct and socially acceptable. Like everything however, human beings have turned those sparks of individualistic expression into hackneyed, formulaic practices, which have become little more than parodies of themselves. It takes an overwhelming dose of praxis for this cycle to be broken. The somewhat reclusive members of Wolves in the Throne Room who hail from Olympia, Washington and are some of the few individuals who strive to break these patterns. Not only do they defy most typical black metal forms of tradition, but also black metal culture as a whole. “We have no intention of contributing anything to traditional black metal. The orthodox thinking involved in the construction of traditional black metal is repugnant and stifling” Rick (no last name given) states.

With their new album Two Hunters, released in late September, and their first national tour underway, waves are being made as their ideologies are expressed unto many for the first time. “Our live performances are concerned with transcending the ubiquitous confines of the here and now, leaving both band and crowd shaken free, in however small degree, from the smothering edifice of our modern culture.” Although many audience members may only be attending the show for loud music, there are also those who will be there to truly listen, “we endeavor to rouse those in attendance from the psychic torpor society demands of its constituents.”

While metal can be seen as a blatant assertion of masculinity, some bands attempt to balance this out with the inclusion of female vocal elements. Rick explains, “our lives are full of powerful women and naturally these experiences find their way into our music. We seek to honor the glorious nature of womanhood in our music as we do all the primal forces around us.” Wolves’s first album includes the talents of Jamie Meyers (Hammers of Misfortune), and the recent release of Two Hunters showcases the talents of Jessica Kinney (Eyvind Kang, Asva) who offers her femininity to two of the four tracks on the album. “Jessica is focused professional with a powerful talent.” Rick continues, “She quickly internalized our lyrics and ideas about her contribution and effortlessly surpassed our expectations with a performance more meaningful than we’d hoped for.” The band yields a strong reverence for femininity not only in their beliefs, but also when creating their music. “We have worked to make all representations of women in our music and art true to the feminine spirit as we have experienced it and find the prurient manner in which women are portrayed in the culture at large and metal specifically utterly sickening,” Rick affirms.

To many fans, black metal is simply a style of music, or a means to individualize them among the herd. However it has developed clichéd traditions and tired theatrics that have very little value beneath the surfaces of corpse paint and wrist spikes. I asked Rick about a previous statement I had read in regards to Two Hunters being “a tribute to the genre,” in light of their bold defiance to what black metal has become. “Our tribute is more to the radical and innovative spirit conjured when the bands at the genesis of black metal created something new and engaging with their music rather than to the sounds or appearances that spirit manifested as. Tribute by rote mimicry is a hollow gesture.” It could be said that these roots and this spirit which was evoked when the medium of black metal was created was not only inspirational, but completely essential. What once was vapid for many have been made new again with a “cleansing fire” and by seeking out these roots, the pallid representations of what black metal stems from can be interpreted in a new light. “Our influences for Two Hunters were much the same as for Diadem of 12 Stars, as well as the new material we’re currently writing. Life, death, horror, awe. There are never any unadulterated veins of influence in what we do as everything is a collaborative venture, the three of us continually working and reworking everything until any recognizable individuation in the work is obliterated.”

But is human expression, art or even black metal just another form of deep rooted narcissism? Rick explains, “The intrinsic and elemental human experiences reflected in black metal resonate with us and will always be fertile and valid inspirations for art in any medium.” Exhibiting these intense feelings of misanthropy may call for conjugation with an extreme medium. For many, this is why extreme metal continues to be such an abundant catharsis. Rick summarizes, “it will always be important for humans to reflect upon the world and puzzle at their place in it; whether it be rapture in the presence natures glories or the revulsion and disgust felt when faced with misery and death. To express these considerations is life itself.”

Wolves in the Throne Room play at The Broken Record on October 26th, 2007.