00:00 / 20:24
Spotify Stitcher
RSS Feed
Share
Link
Embed
Xiu Xiu has been a facet of the indie music scene for nearly a decade, and has never ceased to be interesting. With work that ranges from morose and purposefully uncomfortable, to noise pop masterwork, Xiu Xiu continues to build a following. With their newest album, Always, coming out March 6, singer/songwriter Jamie Stewart set aside some time to discuss the album, piracy and water play. 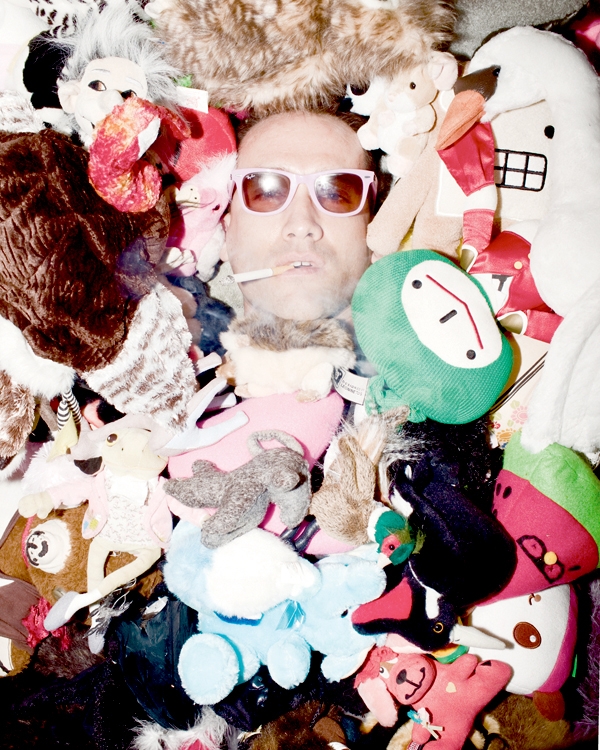 Xiu Xiu has been a facet of the indie music scene for nearly a decade, and has never ceased to be interesting. With work that ranges from morose and purposefully uncomfortable, to noise pop masterwork, Xiu Xiu continues to build a following. With their newest album, Always, coming out March 6, singer/songwriter Jamie Stewart set aside some time to discuss the album, piracy and water play.

SLUG: You seem to enjoy incorporating some pretty unconventional noises and instruments in your albums. Was there anything particularly strange in use on Always?
Stewart: I got really into krautrock while we were making it, so analog synths. For this one, we focused on instruments that were fundamentally made to be melodic instruments and tried to make unusual sounds with them. We generally use sounds that are not fundamentally melodic and force them to be so.

SLUG: In your Huffington Post article this last November, you wroteabout how your ability to make a living has changed, even making a joke about iTunes. Has the switch to digital media actually had that strong of an impact on your life?
Stewart: I have gone from needing to tour for about three months a year to needing to tour about six or seven months to make a living. While it is totally great to play, and I really appreciate the opportunity and privilege to get to play that often … It is a really physically taxing way to make a living, and it isn’t particularly safe.

SLUG: Has the recent resurgence in vinyl sales made a noticeable difference in revenue?
Stewart: Yeah absolutely, the downside to that is that the cost of making vinyl records is really high. The profit margin for record labels and bands is pretty miniscule. The fact that people are remembering that music is something to value, rather than some sort of inconsequential throw away item that is presumed to be free is sort of encouraging. Listening to records on vinyl requires you to focus on what you’re listening to, so for the listener, it invariably leads to a more satisfying experience.

SLUG: You also mentioned having stories not appropriate for Huffington Post … SLUG will print pretty much anything; do you have any particularly lewd stories to share?
Stewart: There was one specific one. We had been on a really long tour with a band that we hated, so we were feeling a little high-strung. One night in Minneapolis after our show, we went to a liquor store and bought twelve 40s and about 40 doughnuts. We had begun to iron the doughnuts, and I ended up in the bathtub. We were filling up the bathtub and throwing the donuts in. I stood up and peed in a plastic bag and poured the rest of my beer into the plastic bag then cut a whole in the bottom and drank the beer and pee. Our tour manager then peed into the bathtub while I was in there. When I got out, he bent me over and then puked on my butt, my naked butt. And then later put me back in the bathtub to wash me off, and he then took a crap in the toilet and placed it in my hands. That is all I remember, but I heard the next morning that it took about two hours to clean up.

SLUG: Are you still lurking sex cam sites?
Stewart: I haven’t been doing it, but it was only about ten days ago— it’s not like I quit doing it six months ago. I started doing it for titillation, but found it was more interesting when you would come across one where there was nobody there just an empty shot of a desk, and see their dildos or vibrators spread amongst these stuffed animals. It was fascinating to see how people decided to present themselves.  I think it is a setting that people could turn into something astoundingly artistic and peculiar. People looking at that stuff tend to be open to just about anything.

SLUG: Do you think there is a market for artsy sex cam websites?
Stewart: People are looking to that as an alternative to what is going on in their everyday life, and I think the more far out it is, the more satisfying it could be for somebody.

Pick up Xiu Xiu’s new album, Always, when it hits stores on March 6.