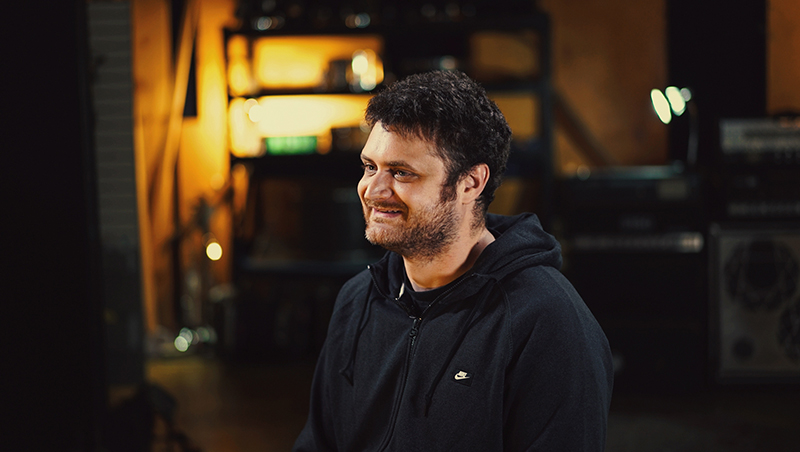 A Year of Local Music: Wes Johnson of Archive Recordings

Representing a wide range of local artists from many different genres, Archive Recordings has compiled some of the best tracks that they recorded from the past year to form the Archive Recordings 2016 Collection. The release show for this compilation will take place on Monday, Oct. 24, at Kilby Court at 7 p.m., and will feature artists such as Dan Fletcher, Vincent Draper, American Mouth and Westing. Producer and audio engineer Wes Johnson is behind it all—and the future of Archive Recordings.

SLUG: What made you want to make a compilation album?
Johnson: Basically, it is something I’ve always wanted to do, and I just finally decided to do it this year. I’m always very fortunate with all the local artists I get to work with and record. I just wanted to celebrate that, and doing a compilation and having a show felt like it was a good way to achieve that. The bands who are playing are friends of mine, and I record their stuff … so I thought it would be cool.

SLUG: Do you plan on making this a tradition every year?
Johnson: Yes. I plan on it.

SLUG: What were some of the highlights for Archive Recordings in 2016?
Johnson: I just have been really lucky, doing a lot of good records, a lot of the stuff on the compilation is stuff I recorded last year, but this year I’ve done records for this band called The Damn Handsomes, and Burn Your World, and I’m finishing a bunch of records right now.

SLUG: What are your goals for 2017?
Johnson: 2017 is going to be interesting because I’m actually going to be building a new studio, so I’m going to be spending a lot of time on that. A year from now, I’m hoping that the new studio will be open and [I’ll be] starting to work out there. In 2017, I hope to get a whole lot of new records recorded, do another one of these compilation shows and get more of the word out that there that this is the place where we can harbor creativity. I want to get more bands and outside producers in here just to create space for people to come and work their music and their art.

SLUG: Where’s your new studio going to be?
Johnson: It’s going to be in North Salt Lake. I got an opportunity to get some land up there, and it was a good opportunity for me to eventually own a building instead of leasing. I get to have a bigger space and make it exactly how I want it to be and make an apartment for bands to stay at and everything.

SLUG: So are you going to open it up to bands who are not local?
Johnson: Yeah, definitely.

SLUG: There seems to be a lot of different genres represented by Archive Recordings. Do you think that there is a common link between them?
Johnson: Oh yeah, definitely. They’re all DIY bands, and they all care a lot about their music. I don’t really care what genre it is or how it sounds, but everybody I work with is making music, doing it themselves, and to me, that’s the most beautiful part of it … They have no other reason (for making music) other than it just being their outlet for creativity.

SLUG: You’re involved in Westing—are you involved in any other projects at the moment?
Johnson: So I’m playing bass in Westing, just because I love playing in bands with my friends. Matt Mascarenas [Heartless Breakers] recorded all the bass parts, but I get to play his lines, but they’re awesome lines and they’re way fun to play. I have this other project called The Lionelle. It’s me and my friend Tate Law. He’s living up in Portland right now, but our new record is almost done, and we’ve been inactive since 2011. We had all these songs; we wrote some new songs, and we wanted to record them—those are almost done. We had Spencer Sayer from Quiet Oaks play drums on it, and our friend Dan McAllister played bass. We took a cool approach to it. But I’m not really in any busy bands—all of my friends are, but I’m pretty busy with the recording studio.

SLUG: You have a pretty impressive amount of gear. Are there any pieces that you think set Archive apart as a recording studio?
Johnson: I’d like to record the best sounds possible, so I’ve got a lot of guitar amps, drums, guitars … I don’t want to get too nerdy on this, but I’ve got this super-cool eight-channel Neve 5432. If you’ve ever seen the Dave Grohl Sound City documentaries, it’s kind of a similar thing. This was built for broadcast, but it still sounds great nonetheless. I have a 24-track MCI tape machine that I’m supposed to get sometime in the near future. It’ll be worth the wait. Probably my other unique piece of gear I’ve got is a vintage Neumann 47. It’s like an old-school microphone that sounds super awesome. Basically, I do like a hybrid system between Pro Tools and intregrating all of my analog gear. I have a really good mix of vintage and new gear, analog and hybrid, best of both worlds, pretty much.

SLUG: What else do you think makes Archive Recordings different than other recording studios?
Johnson: My goal has always been to facilitate a creative space. There’s pretty much no rules when it comes to creativity. If an artist has a crazy idea to record something, we’ll do it, or we’ll at least try it. I just like to create a space like that for a price local bands can afford. Those are pretty much my only objectives: to harbor creativity and be a part of it.

SLUG: What do you think sets the Salt Lake music scene apart?
Johnson: There’s a lot. This is the first year I’m doing the compilation show, so I’m just keeping it to my group of friends. But we have some really awesome folk arists, and another friend of mine plays in a super-heavy band, but we all hang out together. I think that’s the cool thing about Salt Lake: everybody is friendly; the scenes aren’t opposed. You can have a folk guy play in a heavier show and vice versa. Everyone’s doing it themselves—they’ve got that ethic. They work hard, and no one really does it because they want to get “famous” or anything. They do it just because that’s just what they do. That’s the coolest thing to me.

You can RSVP for the show here—don’t miss it!