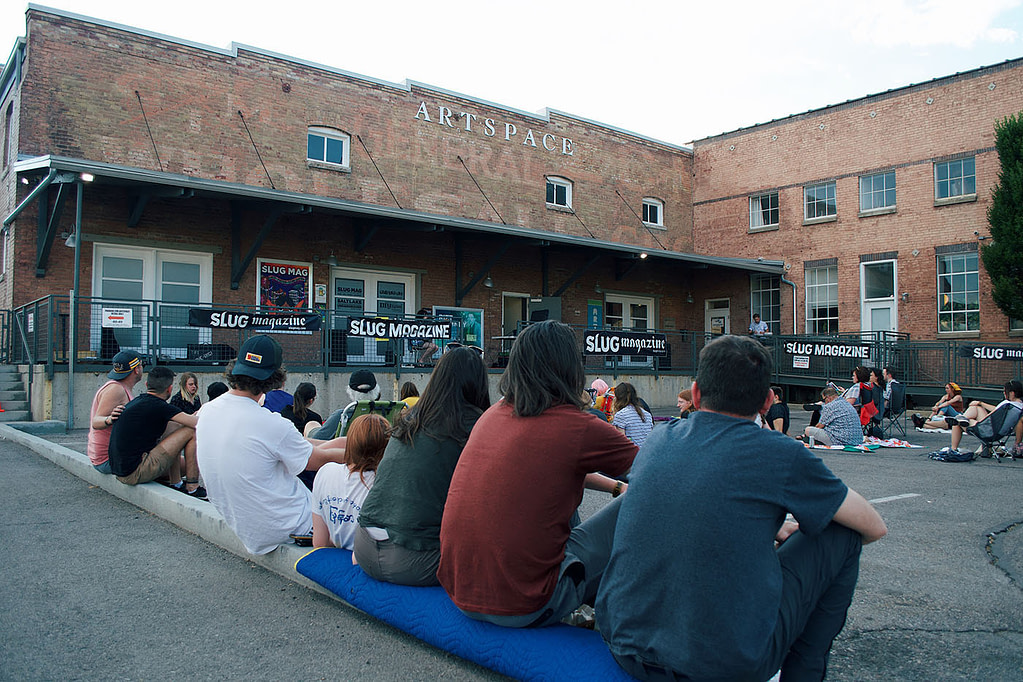 On June 26, SLUG Mag’s outdoor concert series, SLUG Picnic, mades its spectacular return for the 2021 season with all the staples of events from years past: good food, good people and good times. With bellies full from the homely cooking of Balabé Senegalese Cuisine, new accessories donned from the many local artisan booths and a refreshing can of Liquid Death in hand, the crowd gathered upon their blankets and lawn chairs in the SLUG parking lot to watch the night’s performances. The Mercy Seat kicked the show off by casting their net of moody pop across the audience and reeling us in with their knack for swelling rhythms and punchy lyrics. As their debut performance, the band’s already nuanced sound not only impressed, but provided the perfect ignition for the night. Next up to the stage was the sonic tinkerer PK Opal, who brought their keen artistic sense to a set that felt as of the earth as it was straight out of an ensemble of MIDI synths. By conjuring up such vibrant images in their lyrics—such as in “Lotus Machine” when they sing, “I will return to the sea of information”—Opal’s performance had the audience dreaming up fantastical worlds far beyond the good company of the picnic. As the night continued, the excitement never died—in between sets, SLUG team members drew special raffle prizes from local businesses such as Squatters Brewery, awarding lucky attendees with delightful gifts ranging from cake-of-the-month club subscriptions to Gem City Fine Foods to picnic supplies for Les Madelines. After a small break for time to cool off with the mouth-watering treats from ChurnBaby Ice Cream, Peachy Fingernail took the stage as the closing act of the night. From the moment she began playing, she transfixed her audience with an ever-increasing mirage of looping guitars and gentle vocal flourishes. An enchanting time through and through, the crowd couldn’t help but all come to the same conclusion—the next SLUG Picnic could not come fast enough!