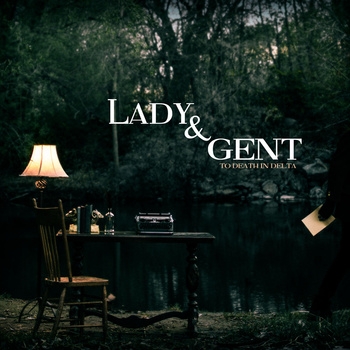 Lady & Gent
To Death In Delta
Self-Released
Street: 04.27
Lady & Gent = The Avett Brothers + The Folka Dots
This debut album from the five-piece Provo group features a plethora of pure folk music—lots of singing along with acoustic instruments. Made up of brothers Garrett and Ben Williams, Jeff Adams, Dana Sorensen and Chris White, Lady & Gent demonstrate how the Americana genre is done. As with most folk bands, the songwriting is the main focus on this record, with most of the songs being dominated by the lyrics, with a lack of any soloing, aside from the occasional harmonica break. The 10-song record spans nearly 45 minutes, and each song typically follows the same mellow, acoustic style. The only traces of a heavier sound come on the tune “Hope To Hold,” where, toward the end of the track, Williams gives a punk-esque shout of “One, two, three, four.” Although this album could have benefited from a bit more energetic tunes to keep my ears engaged, it’s a decent debut overall from the local group.