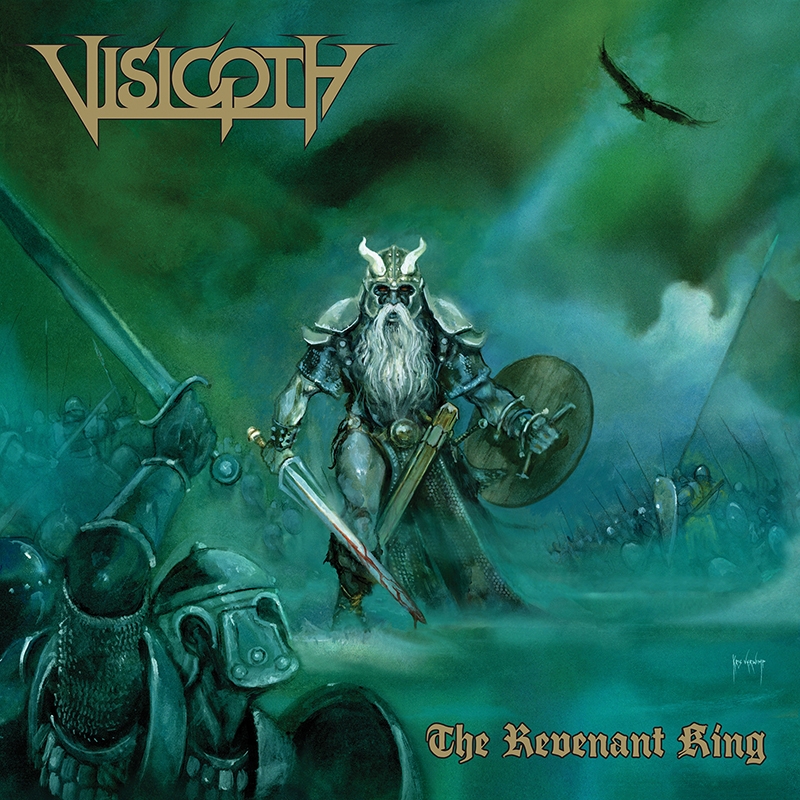 Utah’s own heavy metal staple return with their first full-length album—released on none other than Metal Blade Records. Lee Campana and Jamison Palmer use their axes like master warriors, hacking out classic-assed riffs and melodic solos like camps of unsuspecting enemies while bassist Matthew Brotherton and drummer Mikey T. hold down the rhythms steadily and skillfully. The songs are dynamic and ensure that the catchy choruses linger in your mind—with one exception: The track running times never fall below the five-minute mark, making me want to take a drill to my brain à la Pi so I stop waking up with “Blood Sacrifice” on repeat in my head. Those familiar with their other releases will hear polished renditions of older songs, such as “Creature of Desire” and the proclamatory “Iron Brotherhood.” I’m particularly impressed with the increased, raw emotion that vocalist Jake Rogers exhibits on this album. Classic metal purists and basement-dwelling D&D nerds alike are going to need emergency stockpiles of tissues and lotion for this one. If Magic: The Gathering had a soundtrack, this would be it. –Alex Coulombe