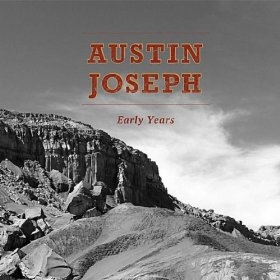 Austin Joseph
Early Years
Self-Released
Street: 02.01
Austin Joseph = Tracy Chapman + John Mayer
Early Years, Austin Joseph’s first album, has an intriguing duality to it—whether it was a conscious effort is left to the listener to decide. To start, Mr. Joseph looks pretty clean cut: all smiles, hair gel and jeans. His musicality reflects this clean-cut image: uplifting keys and inspirational guitar. It’s clear that Joseph has extensively studied the catalogs of Pete Seeger, Gordon Lightfoot and other guitar-wielding good guys. Countering his beach bonfire image are the lyrics. Suicide, substance abuse and political nihilism are the primary themes through half of the album. I felt a bit disconcerted, as Joseph’s voice never goes above the normal vocal volume during expected intervals (see “Monster”). No screams, no whispers, only a smiley go-lucky tune about suicide and self-medication. If that’s what Joseph is going for, then more power to the man. If not, then I gotta ask him to put some loud passion in there—the songs deserve it—lest you want to traverse into adult contemporary.