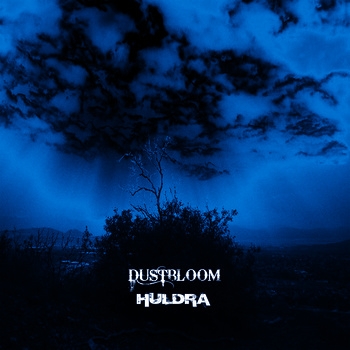 Dustbloom/Huldra
Split
Self-Released
Street: 06.15
Dustbloom = Dredg + Circa Survive
Huldra = ISIS + Rosetta
Ah, the split album—it’s a perfect way to showcase new bands and display the diversity of a musical community. This split features three songs apiece and a collaborative track from two of Salt Lake’s most exciting bands in the world of aggressive music. Dustbloom play a style of emotional, heavy rock with plenty of ambiance, Chino Moreno-like wails, some interesting time signature changes and Mars Volta-esque guitar noodling. Their final track, “Paradise (Is a Sleeveless Straitjacket),” is the strongest. The band crafts and revels in a somber soundscape that remains haunting throughout, even as the vocalist’s delivery transforms from relaxed to explosive. Huldra’s half of the split is awesome––these guys deliver some of the best atmospheric metal this side of Aaron Turner. Particularly arresting is “Nocturnal Wings,” where the piano and synth are allowed to take center stage and propel Huldra’s sonic attack forward. The collaborative song didn’t quite do it for me the way I hoped it would, but the rest of this split is highly enjoyable. Listen at huldratheband.bandcamp.com.