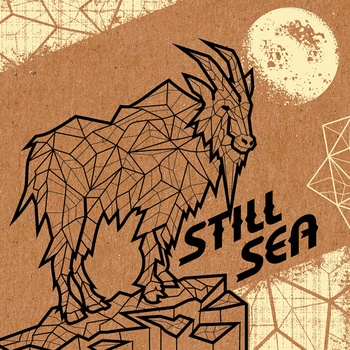 Still Sea
Palms Open To The Firmament
Self-Released
Street: 12.10.11
Still Sea= Make And Do Mend + Defeater
Local post-punk/hardcore (goddamn, genres are stupid) outfit Still Sea has just released this five-song EP, and it is a delicious foray into stripped-down, raw, time-changey goodness that’s always one step to the left of the line. The tone of the opening chord in first track “Divested Shell” is groovy and warm and sets the stage for the rest of the short but tumbling ride: the first drums that kick in to accompany are so thick, they hit you right in the stomach and shake you to the core. Vocalist Derek has that soulful speak-scream that sounds like it’s torn from the bottom of his belly, reminding the listener of the unprocessed emotion of La Dispute and Touché Amoré. All the songs were enjoyable, if not as layered or complex as aforementioned comparisons, and with none of them over the 3:08 mark, it does leave you half-full and wanting seconds. I suppose we mark that in as a win for the band, and not a loss for the album.