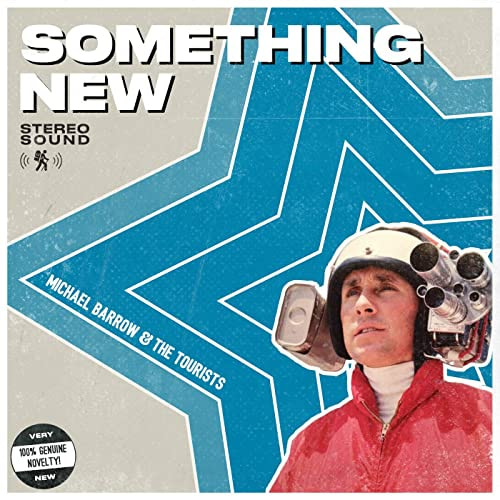 Within the first 30 seconds of Something New, I felt pushed into a nostalgia for the good alternative and folk rock of the 2000s. I found myself looking through old albums from those elementary days—early Black Keys, Death Cab for Cutie, John Mayer, The Lumineers—and Michael Barrow & The Tourists would have fit right into all those old playlists of mine. It was back when folk rock and indie rock were intertwined everywhere and almost interchangeable.

True to the title, though, this is a new sound and there are a lot of layers and creative touches that make this EP stand out. We kick off with Mark Lanham playing with a classic sound on the first track, “What Is It For?” The track features clean guitar with a slight overdrive, chugging along to a minimal drum rhythm while Barrow’s vocals lead the rest of the song into a passionate and full-throttle folk rock sound.

At the chorus, he sings with a small ensemble of voices behind him, “I can’t feel like I used to, no not anymore / If my heart’s not for feelin’ then what is it for?” As he sings, you can feel the passion spilling out of him. Barrow’s vocals are equal parts honey and granola—playful, honest and perfect in tone.

This quality is there in the first track, but becomes more prominent and noticeable in the second, “No Such Thing (As Getting Over You).” The track highlights a Hammond organ played by Zach Collier, who rocks the sound on a different level. It carries on throughout the rest of the EP and feels like the thing your soul needs as you listen.

The Tourists’ rhythm section is utterly romantic, with bass played by Alessandro Improta and drums by Reed Perkins. Because of them, every track feels like one you could be dancing to at a wedding or party with your partner. It creates the type of sound that feels communal and isn’t just for a show, but it’s for an event.

Something New is that blast from the past you’ve been looking for in a new artist. It’s an expression of organized passion and ecstatic instrumentation. It’s an EP you’ll want to listen to with the people you love. –Mary Culbertson