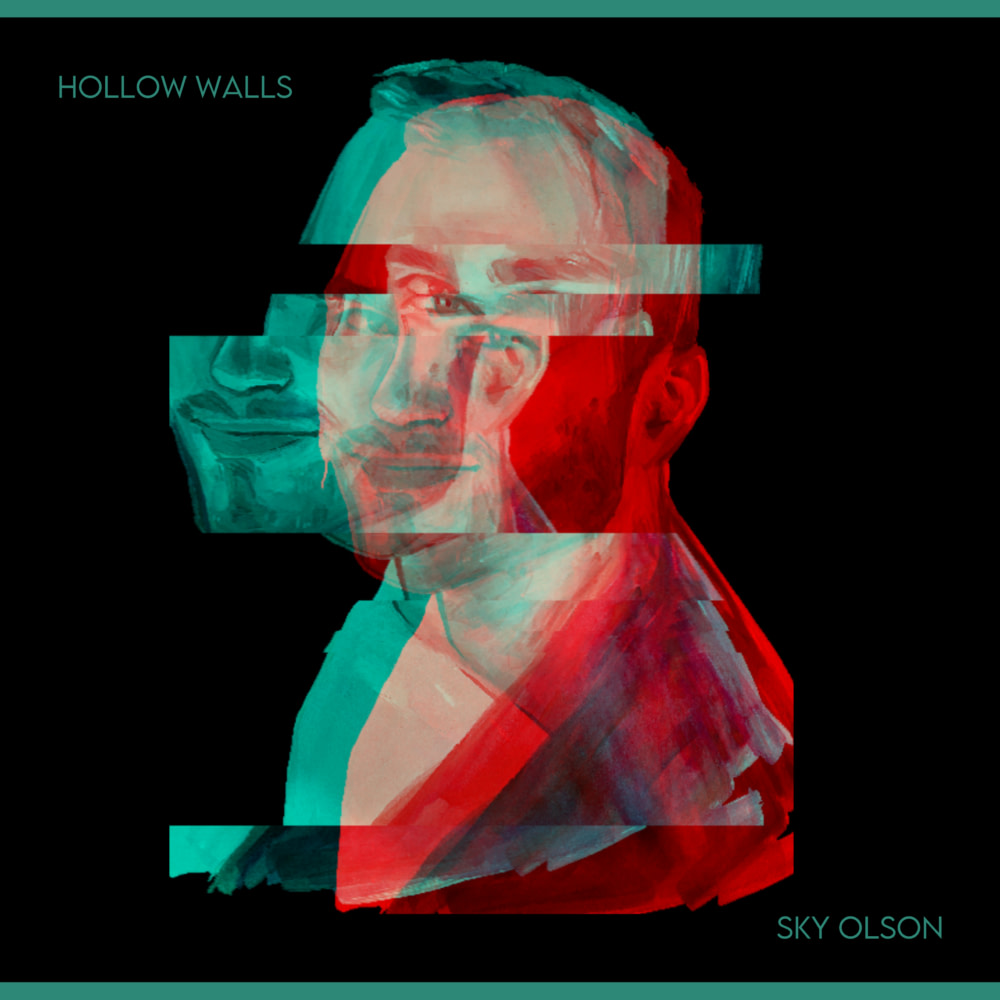 There is something effortless about the way Logan-based musician Sky Olson crafts songs. I would be remiss if I did not mention Olson’s vocal timbre similarity to John Mayer right at the top of this review. Olson evokes more of an upbeat pop sentiment, especially with the first half of Hollow Walls, which is surprisingly synthy considering the stripped down ballads that follow. Everything in Hollow Walls is neatly mixed, simple and impactful, showcasing Olson’s multi-instrumental talents while still highlighting his lyricism and vocals.

Thematically, Olson presents some of the most perplexing modern-day conundrums, like navigating the dating scene and moving on after friendships have fizzled out. Instrumentally, each song is bouncy and catchy, highlighting Olson’s pop sensibilities. “Songwriter Without a Song” navigates frustrations in Olson’s life, from feeling at a loss for words artistically to being frustrated with the state of America during the pandemic. Hollow Walls starts off with two synthy tracks and slows down the pace with the two ballads that follow: “Burn the Walls Down” has some interesting backing vocal tracks that really give depth and atmosphere, while “A Waltz for Hailey” is more stripped down and feels like a first dance song you’d hear at a wedding reception. Lyrically, I like “Empty Room,” a song that explores the idea of artists doing what they love without recognition, simply because they love their craft.

Hollow Walls is well produced (all the more impressive since Olson is the sole artist behind the mixing and production), and Olson has a great voice with the musicianship to match. It’s obvious that Olson is a talented musician and producer, and Hollow Walls is a gargantuan achievement that emphasizes both. Personally, I wish some of the tracks were fleshed out with more instrumental layers at parts, and sometimes, from song to song, the structure can feel a little formulaic. For example, “Burn the Walls Down” feels like a slow burn leading into a cataclysmic conclusion, but instead it slows back down and goes back into the same theme as the beginning of the song. On the other hand, “Still 17” has a bridge that strips down to just Olson’s voice and a bass line, which provides a contrasting part, adding complexity to the song. Of course, my personal artistic choices aside, Olson has some serious songwriting chops, making Hollow Walls a unique release. –Ali Shimkus