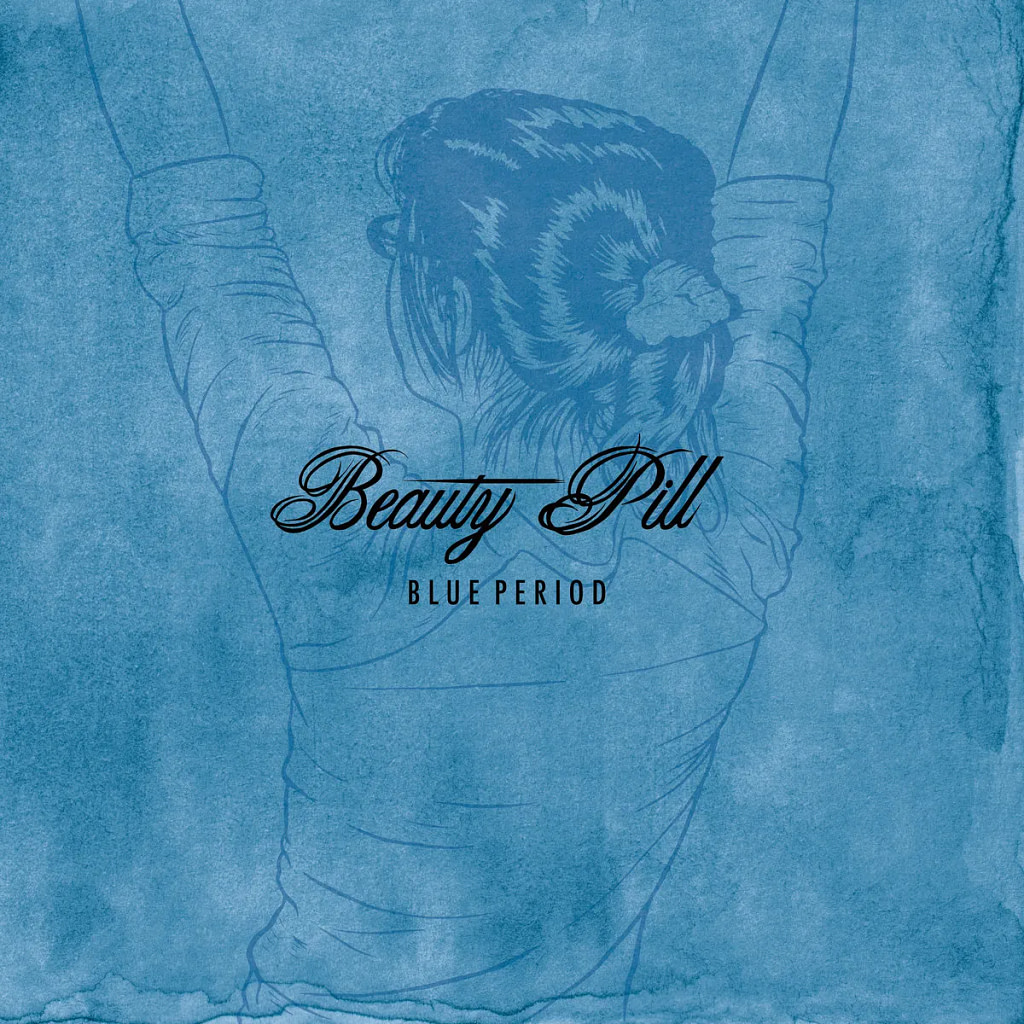 During this Blue Period, Beauty Pill shifted away from the raw, loud bite that was the scene and foundation of Dischord Records (a label they were on at the time) to a softer, tightened sound with shared vocals and drawn-out, clever lyrics. Collecting and processing Clark’s gonzo-brilliant lyrical assaults on these two records is the equivalent of herding a dozen kittens on a living room floor.

Lyrics such as, “If you took a dive from that diving board / You would dive into dry porcelain / It would be a wholly different experience / Than landing in the water you were told would be there” (“Lifeguard In Winter Time”), “God loves a graceful exit / I say ‘risk’ and you say ‘cost’ / You choose trapped and I guess I choose, I choose lost” (“I’m Just Going To Close My Eyes For A Second”) and “Idi Amin is born in ’25 / A bouncing baby, decimation / Boxing career gives him the sad idea to bludgeon his own nation” (“Terrible Things”). The only misstep is the track “Won’t You Be Mine,” where Clark mumbles a variation of Fred Rogers’ “Won’t You Be My Neighbor.” This track falls flat. On a compilation full of eye-popping moments, this is sadly an eye roll.

At this time, Beauty Pill consisted of Clark with Rachel Burke (vocals), Basla Andolsun (bass), Drew Doucette (guitar) and Ryan Nelson (drums). Clark and Burke trading and overlapping vocals sounds Pixies-esque, with a gentler Black Francis and a more active Kim Deal. The vocal style is dry and sardonic and may have been out of place in 2003 but a little over 15 years later is now commonplace in indie music.

With their vocals, Clark and Burke tie all of these songs into beautiful, tangled knots. The band is super tight, sticking to an escalating and receding intensity. Clanging and echoing guitars whirl when needed and jazzy drum beats sometimes take off like a Buddy Rich solo, as on “The Western Prayer.” This Blue Period also contains a slightly surfy edge that provides a bounce to Clark and Burke’s lyrical storytelling. Clark even unleashes a rocker on the title track “You Are Right To Be Afraid,” doing his best Hüsker-Dü–era Bob Mould. Beauty Pill has it all going on and should have been appreciated more. Thankfully, they get to be appreciated now.

I keep talking about then and now, but that is the key to this record. On the opening track, “Goodnight For Real,” Clark sings, “There’s a band on stage tonight / And every note they play turns its back to you.” The opposite happened during this Blue Period—the audience turned its back on Beauty Pill. Now, all these years later, Beauty Pill gets the audience they deserve. –Russ Holsten