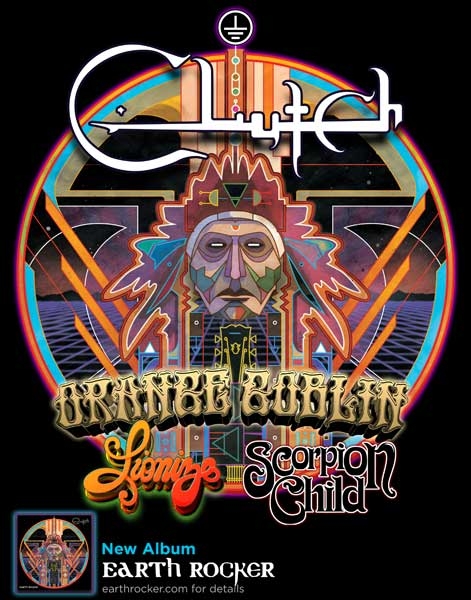 Clutch
Earth Rocker
Weathermaker Music
Street: 03.19
Clutch = Corrosion of Conformity + Five Horse Johnson + Primus
The staying power—and I mean power—of Clutch remains on this, their 10th studio release from the bearded rockers that have ruined genre boundaries since 1990. It seems like it’s been a while since Clutch has truly rocked. Earth Rocker returns that “rock fury” that gave the band the bread, making them one of the more successful bands born in the 90s to make it out of that decade. The title track kicks in right from the start, and it’s ludicrously rocking and ultimately sets the pace for the record, from fist-pumpers in the vein of said tracks like “Unto the Breach,” or ones with more of a groove, with gooey jam cuts like the snazzy “D.C. Sound Attack,” or almost classic country-inspired “Gone Cold.” If you’re a fan of Clutch (and yes, you should be), the band binges on the definition of album-based rock music. Forget any singles – you want this record. –Bryer Wharton