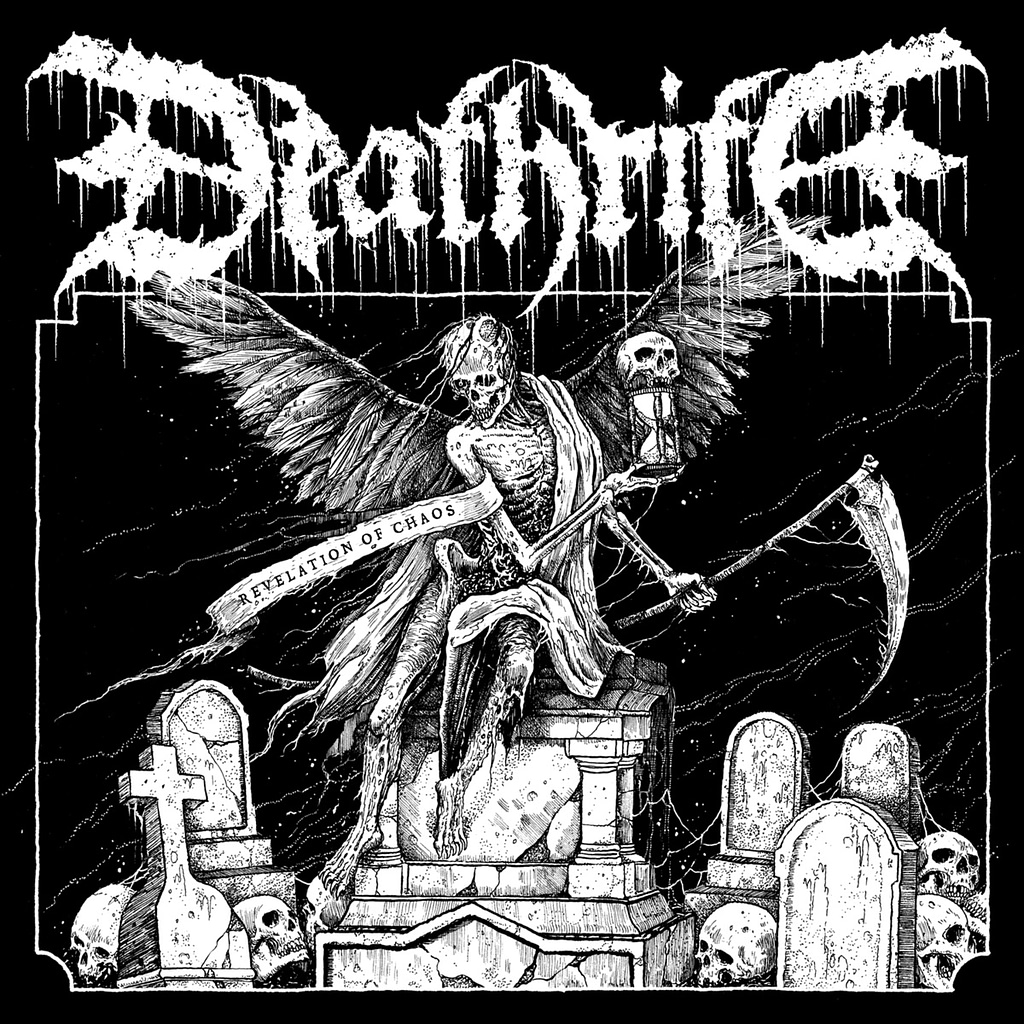 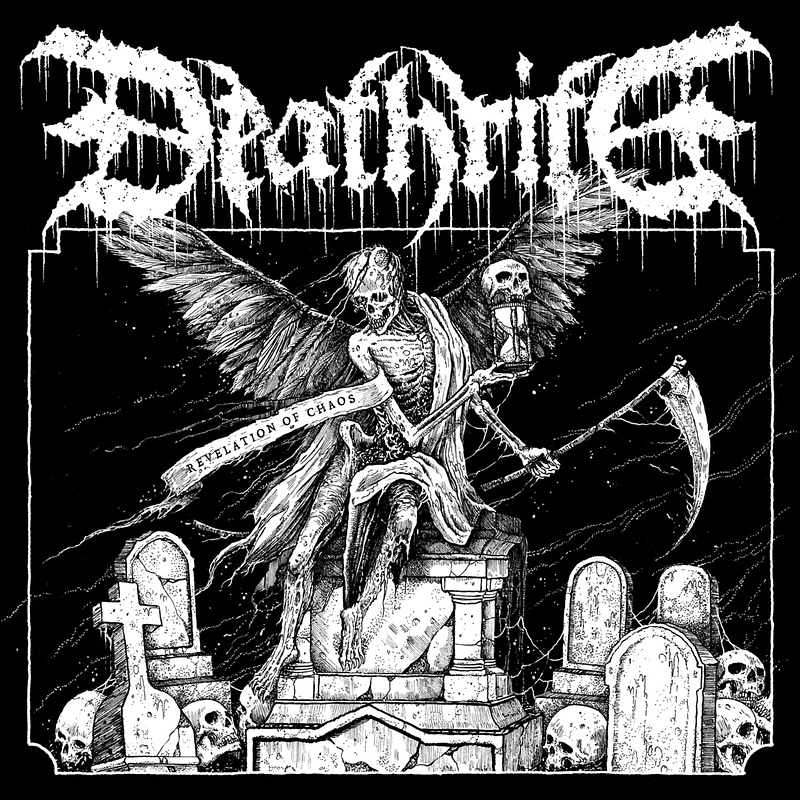 Germany’s Deathrite, born in 2010, take on the tried-and-true style of D-beat-grinding death metal. For a band that is relatively new, it’s a hard task. There are a lot of bands doing this exact same style, and the question is: Who executes better? Revelation of Chaos starts out strong, especially with the heavy-ended, punchy tune “Determinate to Rot.” As the record churns, things start to get a bit stagnant and redundant. The production also has a bit of a hollow sound to it, which, for the long haul, can get a bit annoying. I hear influences of early Bolt Thrower and Dismember creeping their way into the D-beat sound. For any genre of metal, bands have to stand out and stand out hard—a mediocre album doesn’t cut it anymore. The best thing out of listening to the album is the sound-of-a-live-performance feeling, which tends to make one ponder if Deathrite sound about 50-percent better live.
–Bryer Wharton