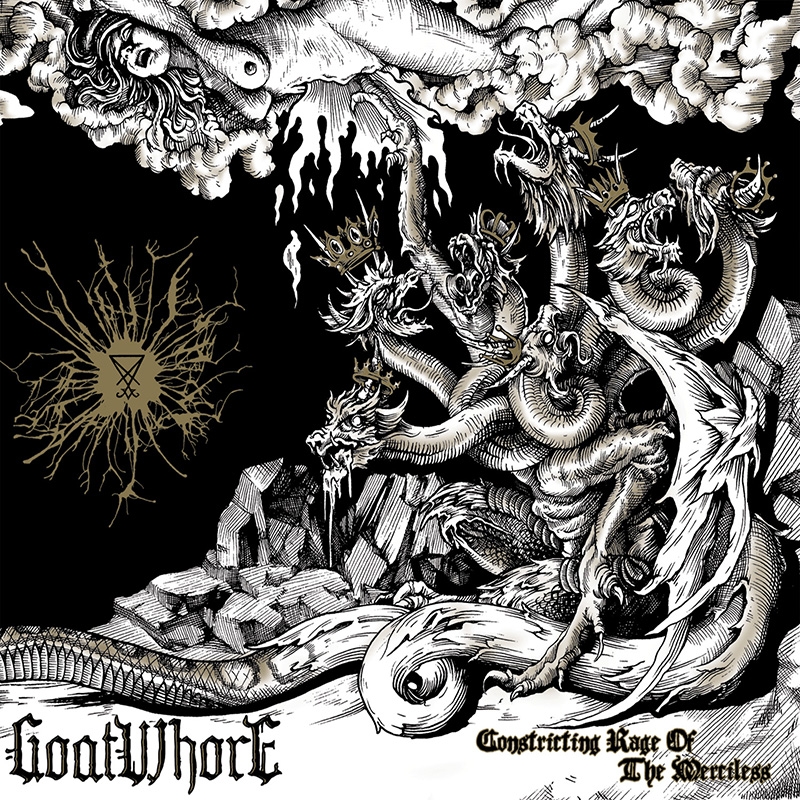 Goatwhore have come back with yet another album, breaking their previous “every three years” pattern. This time around, they’ve tried out some new tricks. While they’ve essentially stuck to their thrashed-out, sludgy panache, they’ve added some bluesier thematic elements—check out “tBS.” Almost the entire album is more sped-up than their previous works, with some blast beats on “Unravelling Paradise,” invoking a palpable, cognitive tempest of wrath. Constricting Rage is the band’s most versatile album thus far, and poetic growls shine throughout its entirety. If Goatwhore continue on this path of flexibility, the simplicity of their music won’t grow wearisome or played out. –LeAundra Jeffs