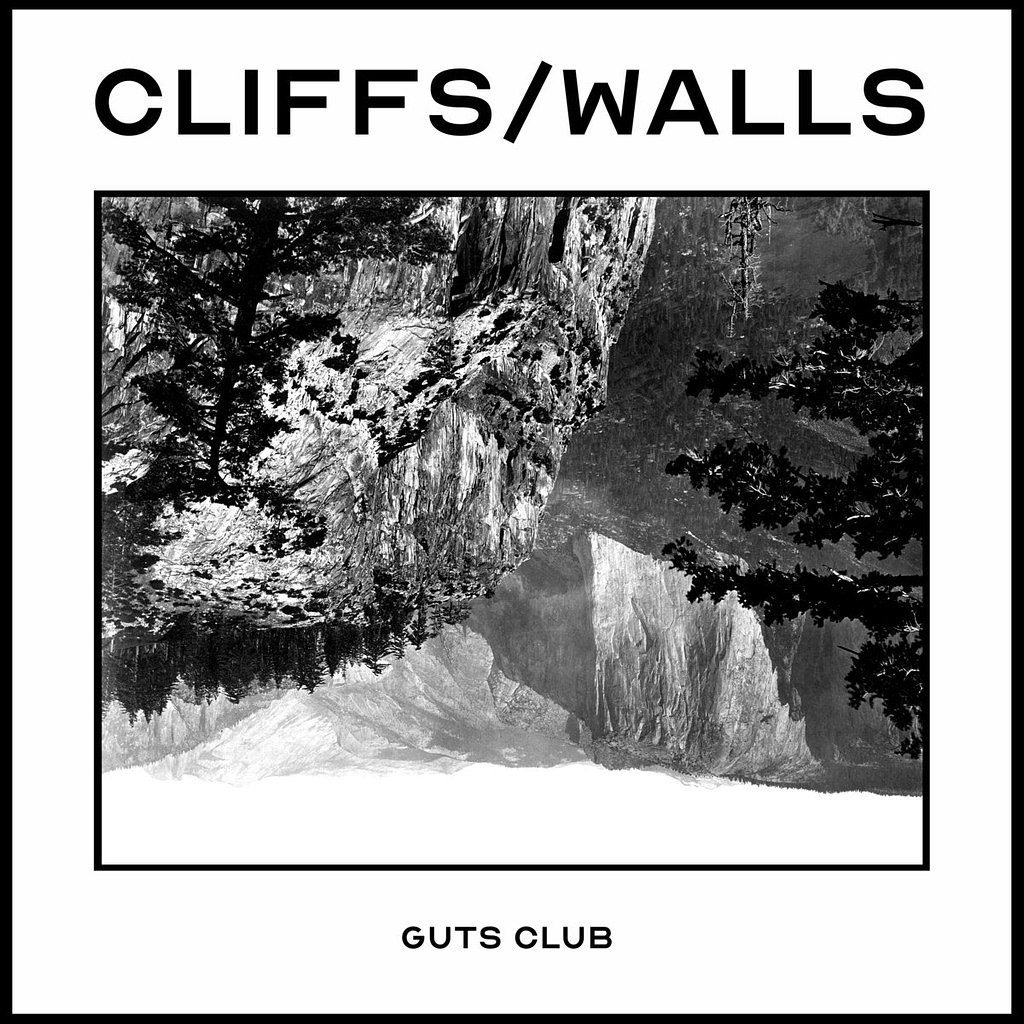 New Orleans–based experimental band GUTS CLUB has created a masterpiece and redefined their instrumentals with CLIFFS/WALLS. The album is a mixture of grief, meditation and experimental doom metal. This has to be the most unforeseen concept in a subgenre I have listened to yet. The lengthy sonic experience is full of feeling, complexity, noise and unpredictable dynamics.

This album diverts from GUTS CLUB’s previous releases through the raw emotions present here. There is a lot more sorrow, darkness, and a void that seems to never be filled with the constant crescendos and decrescendos. Lindsey Baker’s vocals could only be described as taut and tremulous. The feeling of nerves, fear and anger is most felt throughout “Cliffs/Walls” as Baker wails and screams. The tempo of guitarist Ronna Sandoval and drummer Alex Dimeff ascends into the climax of the song.

This album challenges the norms of metal and explores the uncommon subgenre of experimental doom. Sandoval drones throughout a majority of the album with the same, constant note and grave tempo. There are some occasional climaxes but a majority of the time her guitar keeps feeding the void as it grows larger and more cavernous. Across the album, Dimeff proves a versatile percussionist. There are many different tempos and dynamics that vary in range, mood and tone. “Beguiled” in particular undergoes a quick acceleration. Dimeff does a wonderful undertaking with the time signatures set on every song, but every member contributes to the harmony and rhythm setting the tone of the album to make listeners truly understand the complex feelings of grief.

Grief is an uncommon theme in music, and the lamentations on CLIFFS/WALLS makes GUTS CLUB stand out with their rejection of the status quo. CLIFFS/WALLS really hit me to my core; the feelings felt throughout was just short of a rollercoaster of emotions. The fact that this whole album was a live recording mixed and mastered by Nick Pope takes the feeling of presence and “being there” with GUTS CLUB to a whole other level. ⎼Litzi Estrada