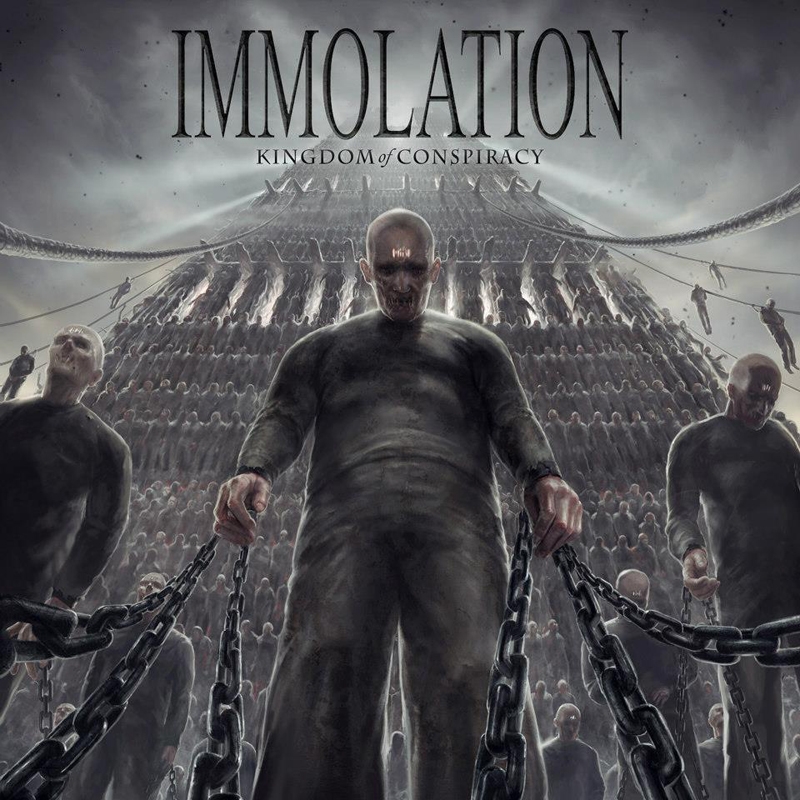 Immolation
Kingdom of Conspiracy
Nuclear Blast
Street: 05.14
Immolation = Incantation + Morbid Angel + Suffocation
New York’s consistently underrated Immolation don’t let up on the uneasy and unrelenting death metal with their ninth studio album, Kingdom of Conspiracy. Admittedly, there is a small level of fan-boy grease in my brain with Immolation. I’ve chatted with the guys in person and interviewed bassist/vocalist Ross Dolan a couple times, and the insight on how Immolation, the current machine of sturdy American death metal, operate helps me understand the record. Immolation play to the themes they create, and this record is all about the unease society feels—corporations and banks robbing the common workers, and the faithful blindly leaping to conclusions that don’t lead man towards a common purpose. The foundation of the record is built with guitarist Bob Vigna crafting his magic and the rest of the band elaborating on those themes and styles. It feels like there are a billion things going on in the controlled chaos of Immolation—bits discovered with every listen and unease, set from the beginning, just begging to be heard with each listen. Immolation may not be the same as they were decades ago, and they don’t want to be. –Bryer Wharton
Photos: