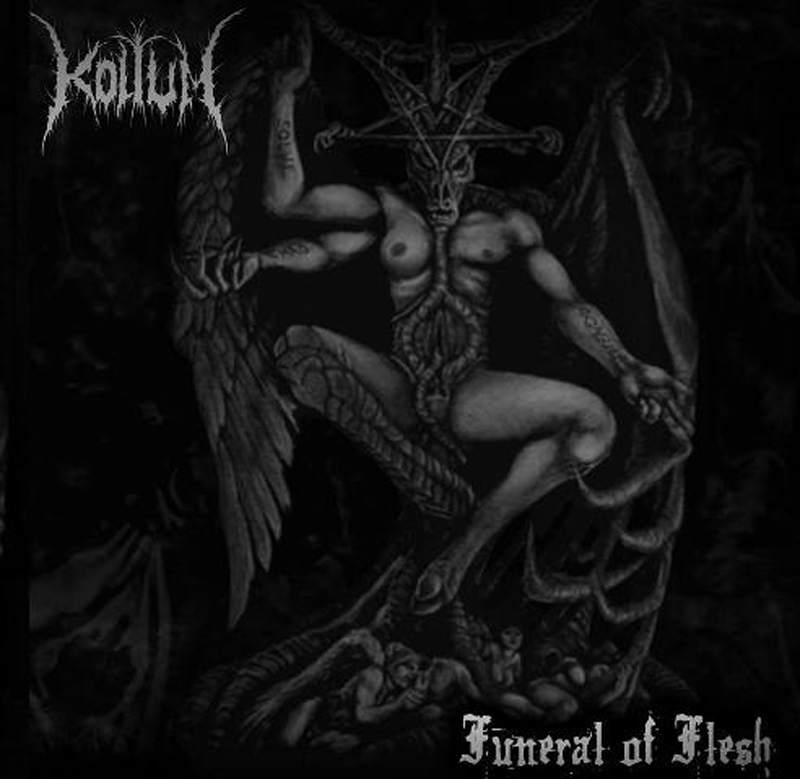 Koltum
Funeral of Flesh
Red Light Sound/Satan Fights Humanity
Street: 10.2009
Koltum = Archgoat + Horna + Black Witchery
There’s nothing like a healthy dose of hate, and Koltum give that hate tenfold with Funeral of Flesh. Released in 2009 on Satan Fights Humanity, the cassette package being reviewed here from local noise/black/occult-mongering label Red Light Sound is, to my best judgment, a cassette re-release of the original released on CD. The fast, visceral guitar work on display here feels pretty painful on the cassette, especially at higher volumes, which, with my dusty Walkman with the busted volume (stuck at 11) knob, quite possibly altered my hearing forever—but all for the sake of art—and hell, I welcome the distortions. The album suffers a bit of the “samey” feeling, but it’s made up for in the sheer aggression Koltum put forth. Funeral of Flesh closes out with around 11 minutes of noise in the form of fire sounds, before blasting out the music portion of “Flames from Hell,” a nice little addition of “sort-of” noise, but more in the form of sounding like things burning. –Bryer Wharton
Photos: