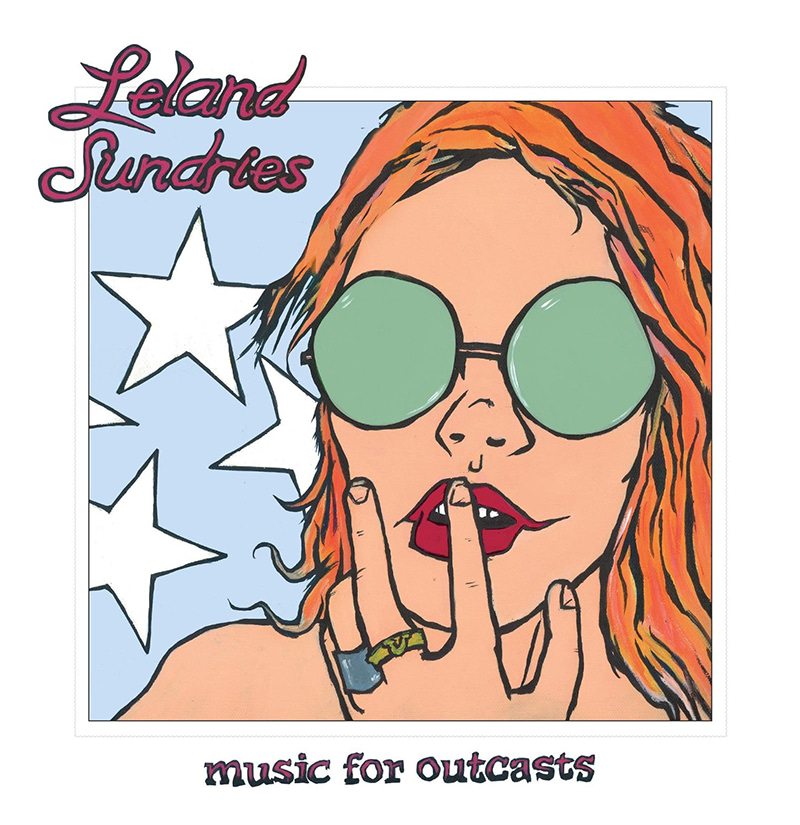 When I first heard of the Brooklyn band Leland Sundries, they were touring the hidden pockets of the inner West, visiting bars and communities that most residents of the local states probably haven’t even seen. Their classic Americana sound gave them an affinity to places like Wallace, Idaho, catering to old-timey vibes and all the mom-and-pop shops still on Main Street. Today, however, with their newest release, Music for Outcasts, they’ve fallen into a more progressive orientation, characterized by dark, post-punk melodies and punchy tones of late-’70s garage bands. “Greyhound From Reno,” for instance, introduces a synthesizer to the album, which I haven’t seen the band use much of in the past. Mixed with their crunched out amplifiers, it’s a surprising yet pleasing blend that helps to motivate the album to stand out from the band’s earlier releases.

The track “Wallace, ID” shows off the dark mood that the record embraces, and hearing the song for the first time, I immediately thought of those garage bands that were still kicking around 1980, like The Lyres from Boston and the L.A.-underground paisley scene’s Dream Syndicate. However, among the new tones, “Maps of the West” brings me back to Leland Sundries earlier sound, which helped me to fall in love with the band years ago. It’s the perfect, paradoxical road-trip song for those wanderers who don’t know where they’re headed, or how much money is left in their checking account.

The most exciting track on the record, though, is “Freckle Blues.” As you might have guessed, it’s a grimy blues track about seeing “Bob Dylan sing and play” and “making pickles in her mason jar.” Twangy and bitter, it helps to illustrate where Leland Sundries got their start and how it mixes in with the new, dark frontier that they are exploring. However, the track that most characterizes the band’s progress for me—from their early, Americana roots to this new avenue of experimentation—is “Bad Hair Day.” It’s a classic blues number that drives with a force that’s as exciting as it is comical. Anyone can relate to the misery of walking out the front door knowing that you didn’t agree with what you saw in the mirror this morning: the classic American idea of everyday struggle, but still finding the strength to carry on.

After sitting through the length of the record, I’m happy with the new direction of the band. Leland Sundries know the essence of their roots but have absolutely no fear when it comes to trying something new. I see a good road ahead for them, one that will constantly hint at our American heritage, but will always have its eyes set on the future. –Austin Doty