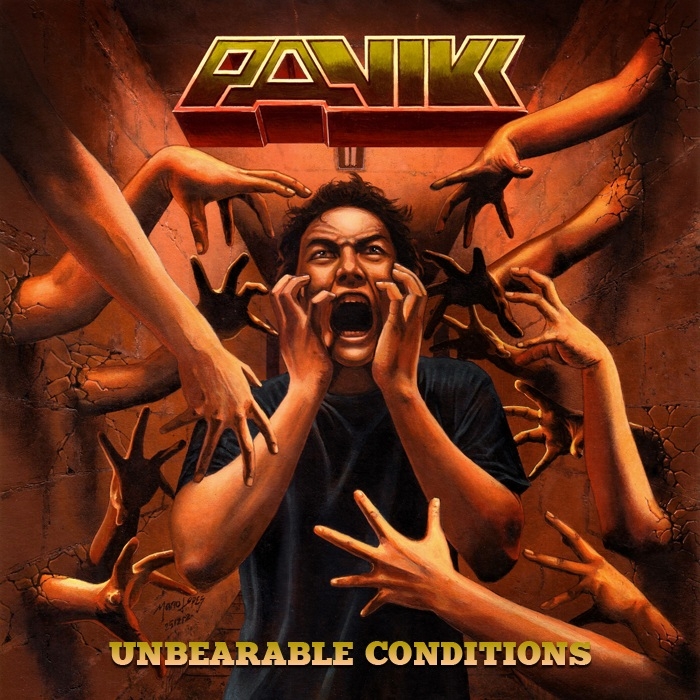 Panikk
Unbearable Conditions
Metal Tank
Street: 03.19
Panikk = Demolition Hammer + Exodus + Sacrifice
Aping a classic Yankee sound with precision, finesse and a smattering of rough-hewn technicality, Slovenian (!) rippers Panikk pay bleary-eyed tribute to the golden age of Reagan-era noggin shakers, ante-upping “party thrash” contemporaries with fretboard frenetics like “Playground of Visions” and “Revelation of Truth,” which both call on the grittier end of the spectrum (think Soldiers of Misfortune and Pleasure to Kill). Though proficient and plenty aggressive, Unbearable Conditions’ flash-bomb immediacy is often stunted by the unavoidable “been there, done that” of a throwback genre that’s quickly becoming more saturated than a white girl’s unmentionables at a Mumford & Sons in-store. Frantic, explosive and poised to bring the indoctrinated into a full-blown circle-pit at the next drop of a crash cymbal, it does so squarely in the middle of the road and in the shadow of far too many others.