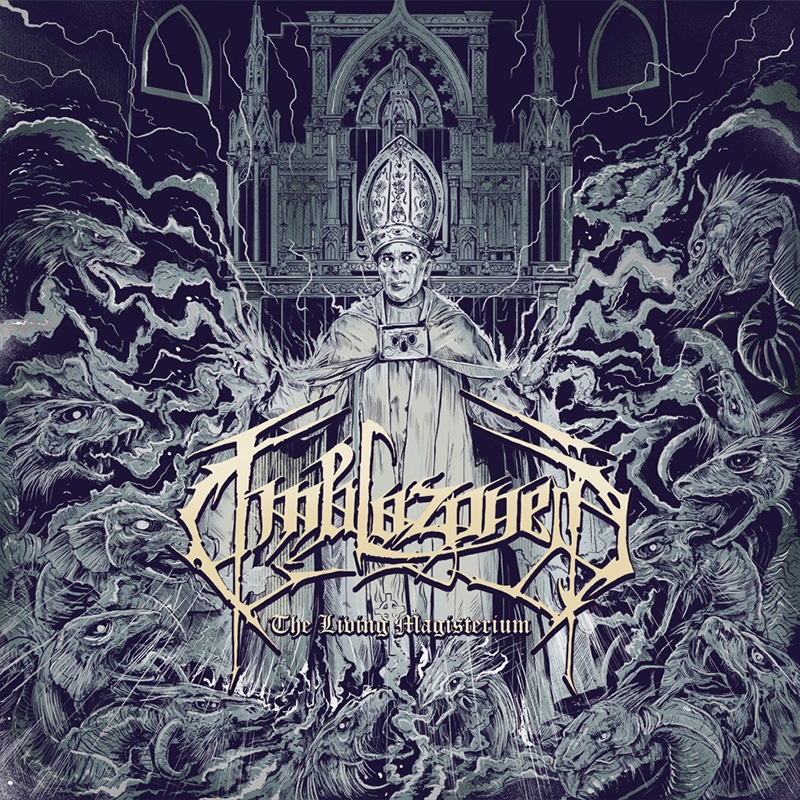 A little bit of old school goes a long way, and Emblazoned do a great job of mixing American death with the good old Swedish death. This Milwaukee based foursome have another EP release—as for which direction the dudes go from there, I’m not sure—considering the glorious “Metal-Archives” have Emblazoned labeled as a black metal band. Such is not the case with The Living Magisterium, but, contrary to popular belief, all’s fair in metal and death. The crispy-tuned guitars go from the tinny, harsh-old school Swedish sound to a bone-crunching riff festival of blood—I’m talking rivers of the red stuff. With just as much emphasis on the bass guitar—which at times seems like an afterthought in death metal—the knife strikes fly fast and hard, wounding any listener within the five tracks offered here (granted one of them is an intro-track). Emblazoned may not be the originators of sliced bread but it doesn’t matter because this is a tasty layered cake of death fucking metal. -Bryer Wharton