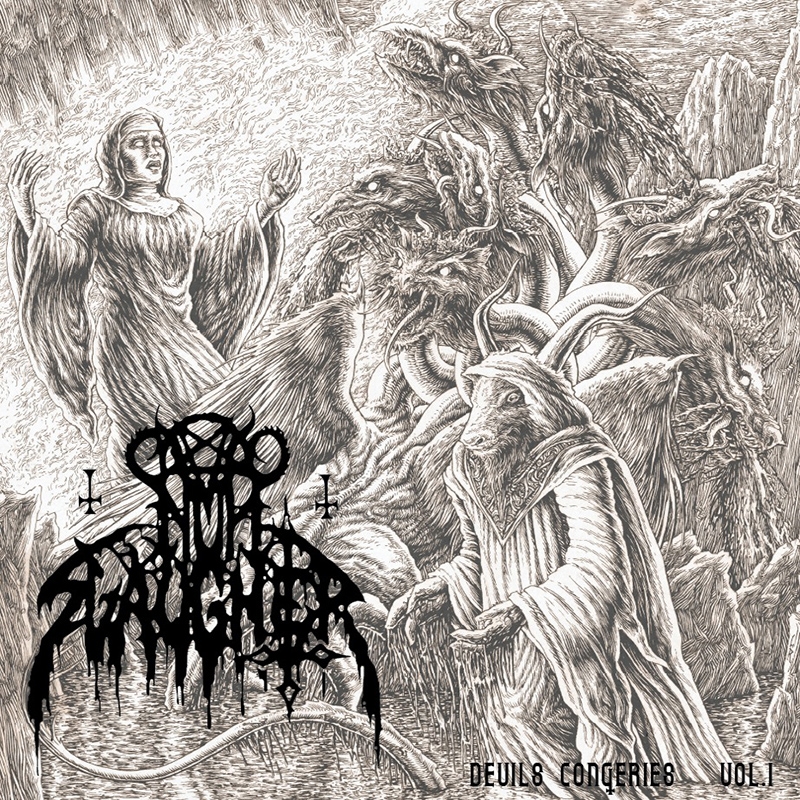 Nunslaughter
The Devil’s Congeries, Vol. 1
Hell’s Headbangers
Street Date: 07.23
Nunslaughter = Blasphemy + Nekrofilth + Schnauzer
Ah, Nunslaughter—my favorite “collector’s-fucking-nightmare” devil metal band. To the uninformed, these Pittsburgh natives (now residing in Cleveland) play absolutely filthy, blasphemous metal, and they have more releases than there are shitty “reality” television shows about people I don’t give a fat fuck about. The Devil’s Congeries is the first of a planned series of releases which will collect all of the band’s 7” and split releases. Being a two-disc set, the first is a collection of tracks from splits and from the band’s own 7”s, and the second is comprised of live tracks from Nunslaughter’s infamous “Hell On…” live series. While only crucial for collector dorks such as myself, this is a great introduction to Nunslaughter for those who have either never heard them or have only been exposed to small amounts. Exquisitely brutal stuff. –Gavin Hoffman
Photos: