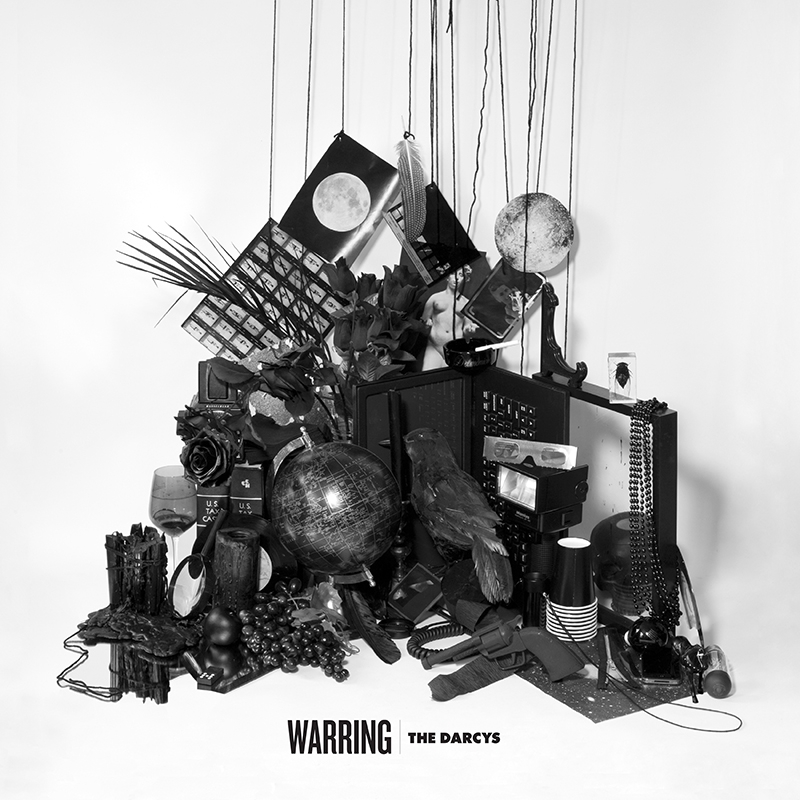 The Darcys
Warring
Arts & Crafts
Street: 09.17
The Darcys = The Cure + Ra Ra Riot + Animal Kingdom
Employing a tame and swanky alternative sound, Canadian rockers The Darcys are modernizing—and, in my opinion, bettering—a sound that began in the ’80s. With upper-register vocals and moderately paced synth-rock instrumentals, their sound exudes electronic nostalgia. Songs like “747s” and “Muzzle Blast” have a darker, more noise-centric sound, climaxing in “Lost Dogfights,” which combines a somber piano, backup vocals and various synth noise to create an epically emotional closer. To be honest, the rest of the album (with the exception of “Horses Fell”) doesn’t even compare to the last three songs, as they seem pretty bland and lack the emotion and raw power that are executed at the end of the album. If The Darcys could’ve made all their songs as powerful as those four, I think they would skyrocket to superstardom. –Allison Shephard
Photos: