SLUG Mag Soundwaves
Episode #395 – Cotes
00:00 / 18:06
Spotify Stitcher
RSS Feed
Share
Link
Embed
The ultra-quick single-string picking that opens How To Make A Monster drowns in wet reverb the way The Ventures did it.

Review: The Rebel Set – How To Make a Monster 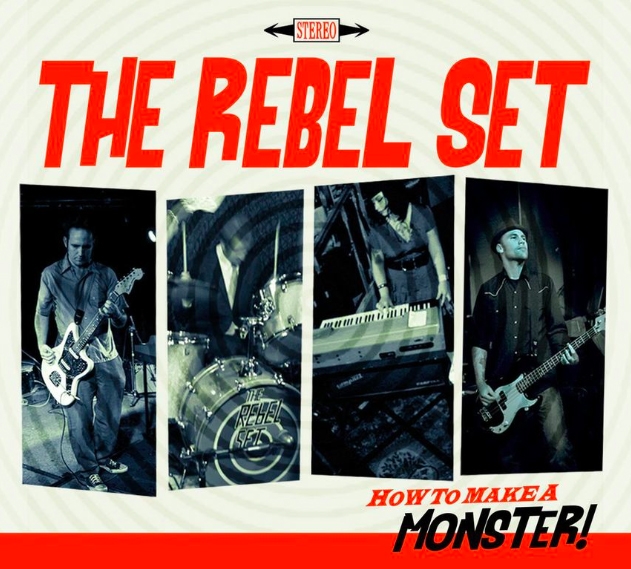 How To Make A Monster

The Rebel Set = The Fuzztones + The Oblivians

The ultra-quick single-string picking that opens How To Make A Monster drowns in wet reverb the way The Ventures did it. But as soon as the budget-tone of the synth organ and lo-fi drums come in, it sounds so close to The Mummies that the grainy footage (easily accessible on YouTube) of them stumbling over their own tattered mummy-rags fills my mind. Frontman Joe Zimmerman chants his vocals through fuzz like you’d expect from Tyvek—straying from The Mummies enough to avoid rip-off status. Plus, you wouldn’t get the texture of female harmonies like those in “Bubblegum” from The Mummies. Even though I don’t dislike any of the tracks, I’d recommend the album just for the instrumental (aside from the occasional female, horror-film-scream), “Planet Katey,” that’s slid into the album’s center. –Steve Richardson
Photos: